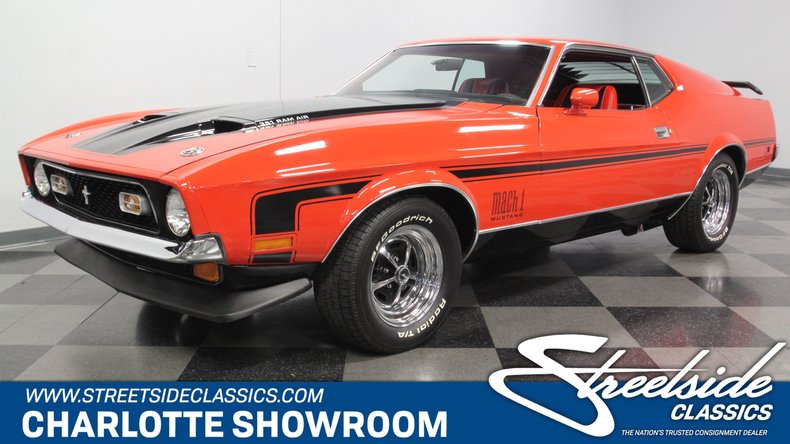 With an exterior meticulously configured to pay homage to the top tier Mustangs of its era and a strong running heralded engine rumbling away under its distinctive hood, this 1973 Ford Mustang Mach I Tribute is one fine classic ride. Its curb appeal makes an immediate impact and, as it pulls into its next lucky owner's garage, it will be packing a sizable stack of documents supporting the work and expense that have gone into elevating it to top form and keeping it that way.

As the '70s were reaching their midpoint, a substantial fuel shortage was still in Detroit's rearview mirror, prompting Ford to transform its most recognized model from muscle car to compact only a year after this '73 rolled out, and this specimen represents the last of its generation in well-adorned, period correct style. Its magnetic red paint, accented by a blackened hood, presents nicely and all those hallmark details of the Mach Is of the era are on board and looking sharp, from the contrasting black air dam and Ram Air scoop up front to the rear window louvres and spoiler perched on the deck lid. This Pony also cuts quite an appearance from the side, where the full impact of its signature Sports Roof profile can be taken in. Clear, precise badging provides an effective call out to its muscle car inspiration and the exterior alignment on this classic really looks strong.

The color scheme inside the doors matches the exterior and makes for one very compelling driving environment. The pair of high backed buckets and rear bench seat sport sharp, well-fitted covers and when you glance inside, you'll notice that there's quite a bit of leg room on hand in back - a nice by-product of a generously proportioned cabin. Unlike many of its counterparts, this Mustang sports a rear seat that folds down just as intended, substantially increasing available storage space. An added woodgrain steering wheel provides just a touch of tasteful customization, while the dash area just beyond it is in very solid shape, with a clean, crack free dash pad spanning the width of the cabin, a period correct JVC AM/FM/Cassette stereo providing the tunes and an assortment of original gauges in good working order. This Pony left the assembly line with air conditioning on board and the vents and controls are still in place, but the system will require some attention to get the feature back online.

The well-detailed engine compartment has a thoroughly period correct appearance and features a 351 cubic inch Cleveland V8 - one of Ford's most coveted vintage powerplants - at its center. The engine is armed with an Edelbrock Performer intake manifold and Summit 4-barrel 750 carb and looks especially sharp dressed in its properly painted blue block and air cleaner. It teams with a 4-speed manual transmission navigated via a Hurst shifter that puts maximum control of its power in the hands of the driver and the clutch action on this classic strikes a great balance - not so tight as to make shifting gears an exercise, but not so loose as to feel sloppy. By many accounts, Ford led the pack during this era as far as the responsiveness of its power steering, so the navigating is easy and the stops come quick via power brakes that position discs up front. 15" Magnum 500 style wheels wrapped with Goodrich T/A Radials provide just the right finishing touch.

This 1973 Ford Mustang Mach I Tribute is a skillfully built and well-outfitted representative of a pivotal muscle car model and its rock solid running condition and magnetic curb appeal make it an absolute standout. Call today! 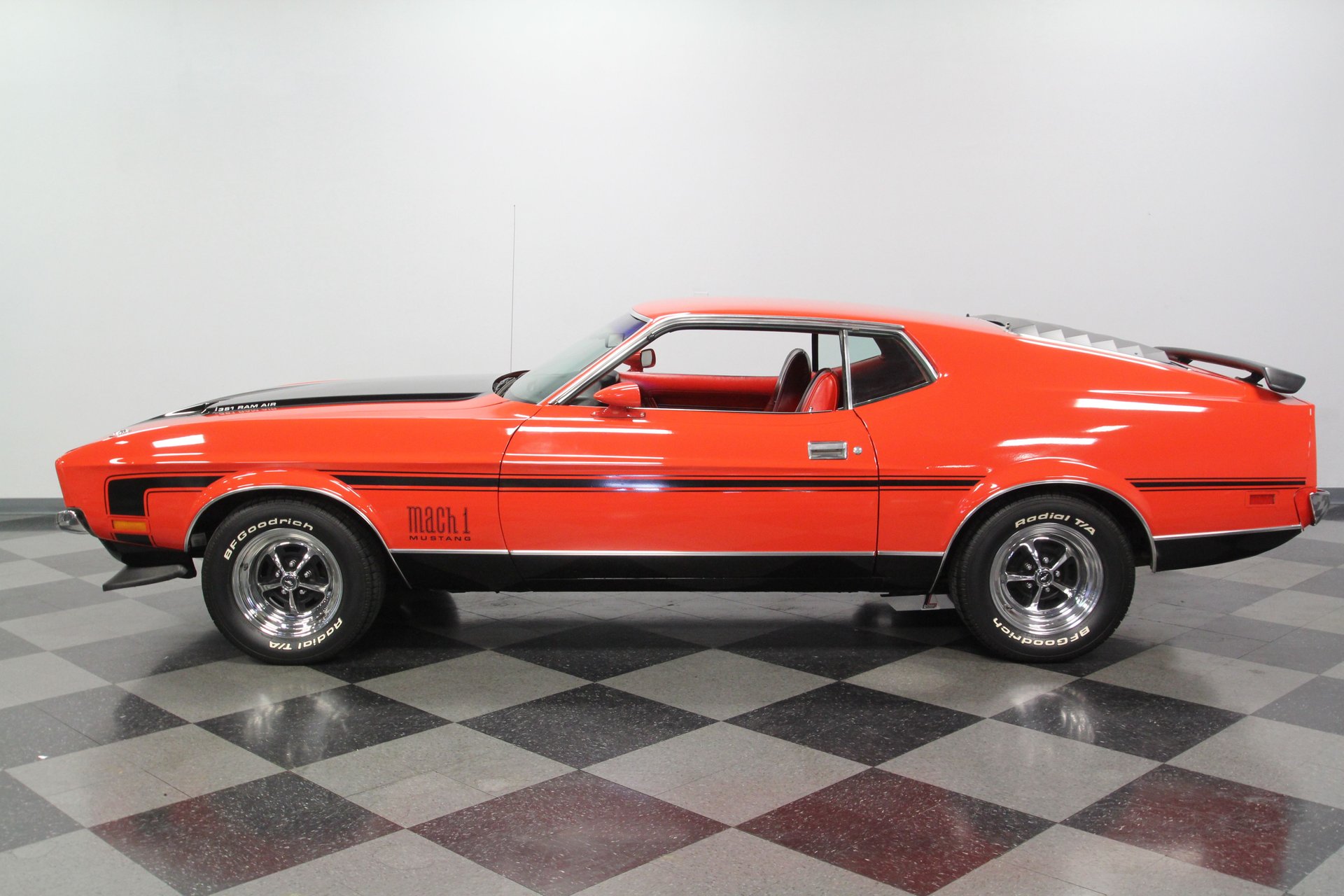