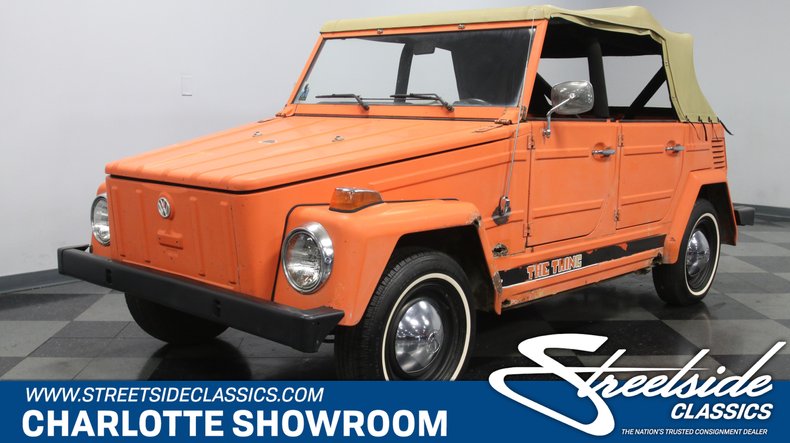 This 1973 Volkswagen Thing is a highly original and quite an affordable rare treat. So if you like cool and classic VW culture, this is just The Thing.

Volkswagen's Type 181 really took the Beetle's rugged persona to the max. The panels are ribbed for strength; there's a higher off-road ground clearance; and the removable doors are interchangeable front and rear for the ultimate in utility. The windshield even folds down like a Jeep. In fact, while its full history goes back to VW's initial German roots, the look of the Thing is as fun and functional as a Willys Jeepster. This example is highly original, which means it shows its flaws. But there's also something undeniably charming about a VW that seems to be so authentic, right down to its rocker stripe showing that even your dealer called this The Thing.

Side curtains and a nice tan folding top allow you to button up this car. But really, this was the VW that was made to be enjoyed open to the world. Just like the exterior, the interior is about rugged utility. Plus, as many components as possible were shared with the Beetle. So replacing the steering wheel, gear shift, VDO gauge, and other essentials is both easy and economical. VW fans know how distinct the heater mechanism is on this vehicle, which makes it great to have all the main components in place here. While this is highly original presentation, you'll also notice some worthwhile investments. Newer seat covers keep this one comfortable, and liner paint on the floor is quite handy. And the full roll cage adds strength and security.

In the rear is what makes this so appealing. Because while the Thing is a unique and rare machine, it has the hardy and mass-produced heart of the Beetle. So it has the familiar 1600cc motor flat-four setup. There have even been nice investments in 2015 that included maintenance on the electrical system, steering box, starter, rebuilt carb, and Pertronix ignition. So it runs strong like a proper VW, and it drives well. There's even a nice tune out of the performance exhaust. The robust setup, control of the four-speed, and the traction advantage of the engine over the rear driving wheels makes this surprisingly versatile and absolutely fun to drive.

Volkswagen only sold these to the USA for two years, and the consignor states that the odometer reflects actual mileage (averaging under 1,600 annually.) So this is a strong-running and highly original example of a very cool VW. Call now! 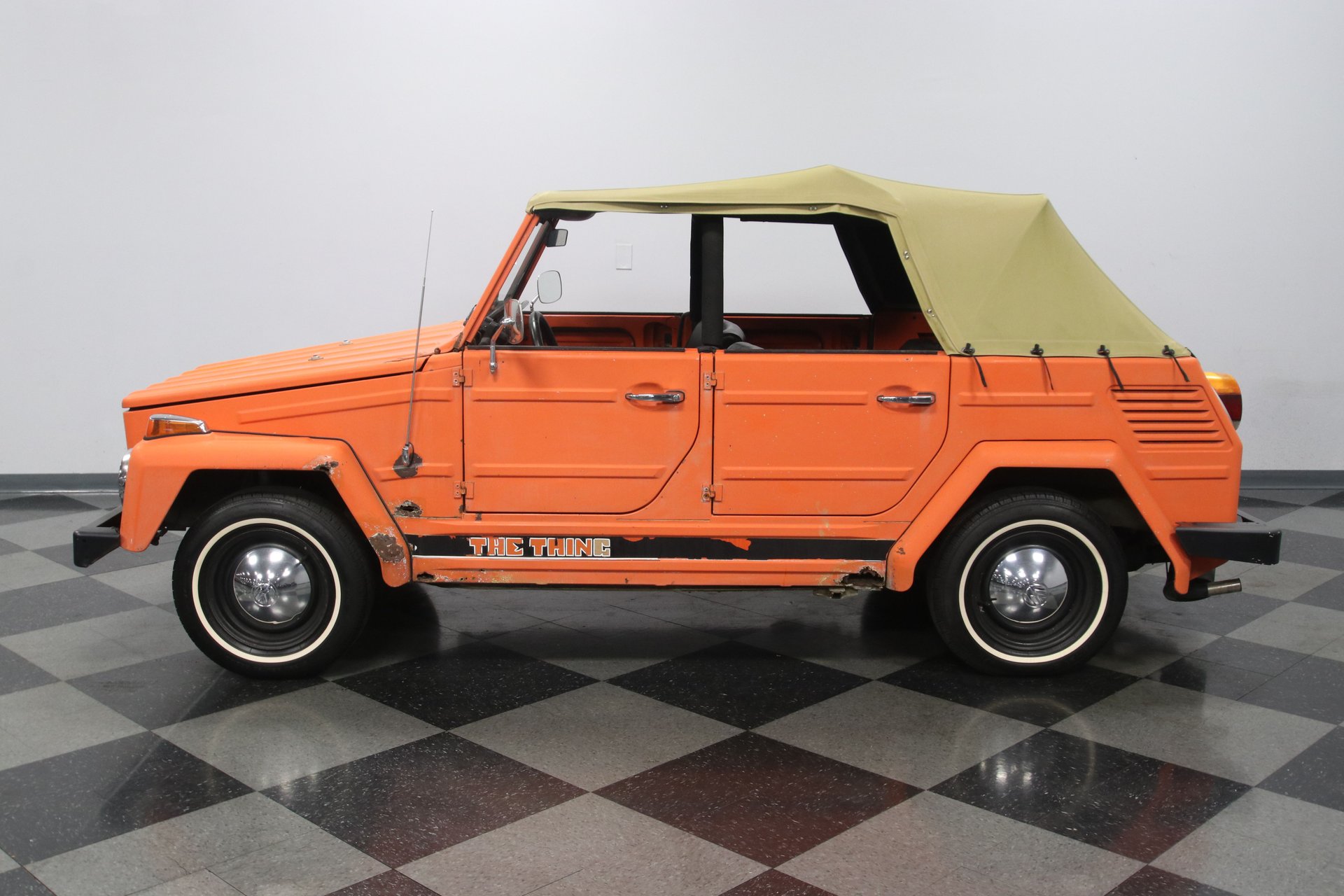