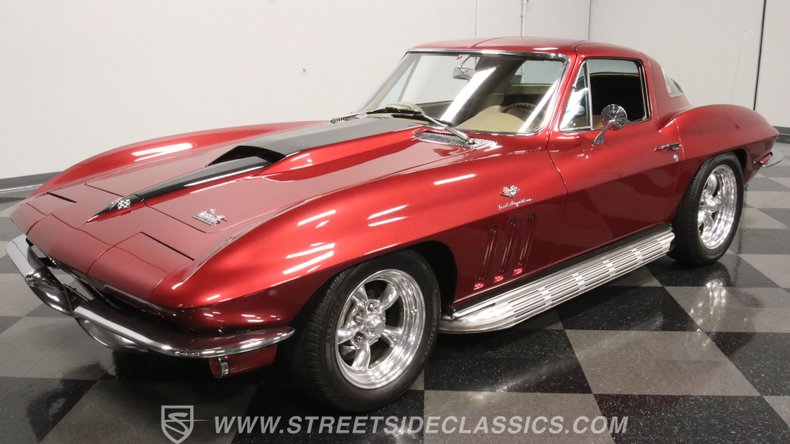 This 1966 Chevrolet Corvette keeps the iconic C2 silhouette, but it has a modern LS6 engine with a supercharger on top. Plus, take the time to look over the sleek paint, upgraded A/C interior, five-speed transmission, and custom details. It really is a restomod that delivers iconic looks with a ton of modern performance.

This Sting Ray gives very few hints at the modern car that lies beneath the surface. Instead its first impression just looks like an exceptionally restored 'Vette. It has crisp bodywork, beautiful chrome, and panels that look like someone sweated the details. But then you start to notice a little more. Chevrolet offered a maroon in '66, but it never had this kind of luster. Instead, this is borrowed from a more modern Cadillac palette, and that means an awesome pearlescent glow of a premium car that loves to radiate in the sunshine. And since everyone love a big block hood, they upgraded it to the later and more desirable Stinger painted in black. And while most people point out the side pipes when they look at a Corvette's profile, this one has such an aggressive stance with the larger and meatier rear tires. So you know that's what's really going to get them talking.

The interior is also about appearing original with subtle upgrades. It starts with an attractive saddle tan from the masters at Al Knoch interiors. It instantly gives this one the atmosphere of fresh, clean, and premium. You'll love more attention to detail, including the quality of the wood-rim steering wheel and the upgraded AM/FM receiver nicely hidden in the glovebox. There's even cold-blowing R134a air conditioning. And have you counted the gears on the Hurst shifter's pattern yet?

Under the hood is a modern 5.7-liter LS6 crate motor. While that's enough of an upgrade for most people, this one also has a Magnusson 2300 Intercooled supercharger on top! Despite being a serious upgrade, it was done with such care that it almost looks like they put this modern heart in this '66 on day one. It also has upgraded supporting components, including polyurethane mounts, heavy duty U-joints, and an aluminum radiator and electric fan. It creates a solid kind of package that makes this restomod drive like a factory car. The side pipes give this a terrific sound, and you're in complete control over all this power and thunderous soundtrack thanks to the Tremec five-speed manual transmission. And when it comes time to enjoy the power to the fullest, the 3.73 Positraction rear end delivers all-around confident driving. These C2s were already great to drive with the fully independent sports suspension, power steering, and four-wheel disc brakes, and the undercharge photos show this was only made better by the quality restoration.

Complete with build receipts, this is an awesome restomod that will put you in the center of all the action. This is a tempting and unique C2, and you're not the only one who thinks that way. Don't miss your chance, call today! 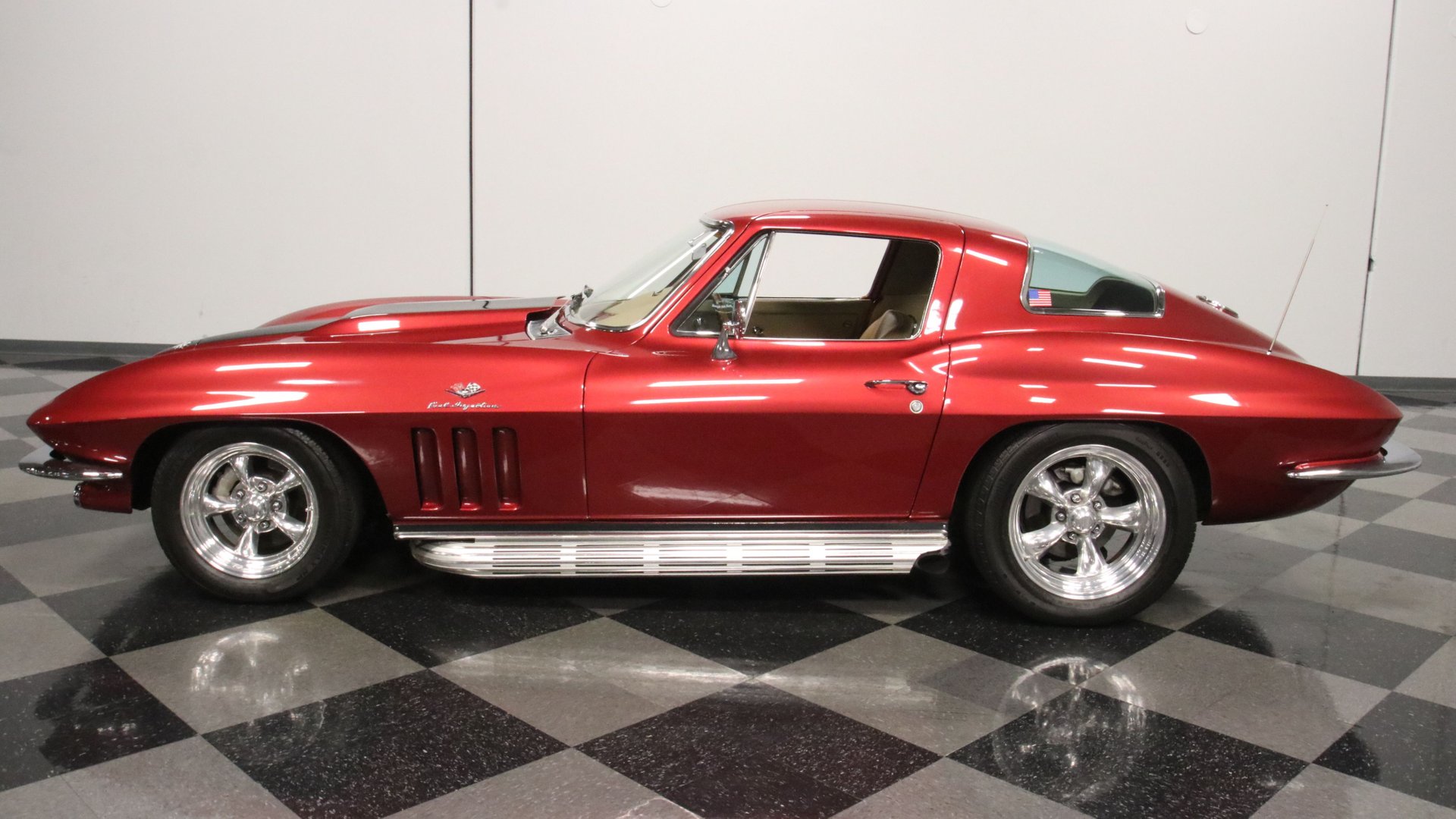