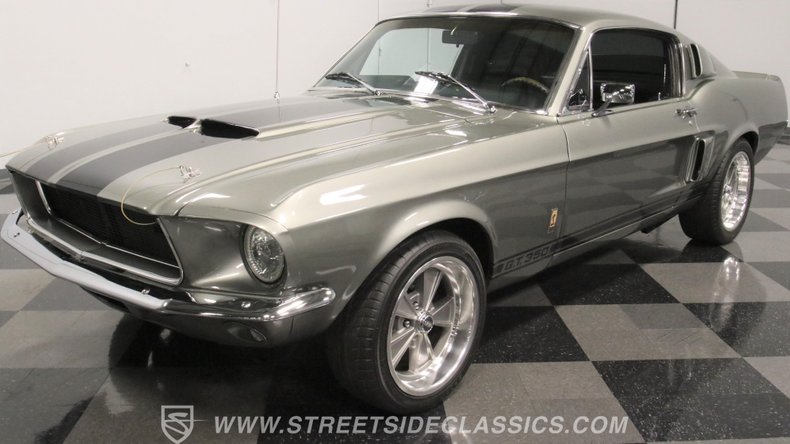 This 1967 Ford Mustang Fastback GT350 tribute has the ideal mix of vintage and new. After all, it has that iconic fastback styling. That's joined by the upgraded V8, four-on-the-floor, and four-wheel disc brakes to give it proper Shelby and Eleanor performance ability.

There's just no mistaking the '67 GT350's appearance. This was the year that Ford gave a hint of more aggressive styling to the Mustang, and the Shelby version really turned it up a notch. The dual scoop hood, hood pins, the aggressive overhang on the hood, blacked-out grille, and a double set of side air ducts are all icons of this speedy pony. You can tell they took their time with this tribute build by Eleanor's proper Pepper Gray paint that has a terrific shine. There's also a set of black stripes painted on top that start on the hood and don't stop until they're past the rear spoiler - really giving this coupe an aggressive streak. And those Hurst-style 17-inch Cragar wheels add to this coupe's distinction white also allowing for modern rubber.

The black accenting on the outside give you a preview of the full black interior. The dark theme presents nicely on the door panels, headliner, carpeting, and the fold-down rear back seat. This is setup to be a driver's coupe, and so you have a bucket seat, Hurst shifter, and wood-rimmed steering wheel. Plus, the gauges have been upgraded to a crisp Auto Meter Pro-Comp units with a large speedo and tach with a shift light in-between. So while there is an upgraded AM/FM/CD stereo this one has the pieces to let you know your real favorite soundtrack begins under the hood.

The 289 cubic-inch V8 is correct for this C-code car, but you a can also tell they made some big investments in this one. It has been enhanced with machined heads, a Holley 600 CFM four-barrel carburetor, and an Edelbrock intake. You've also got nice supporting components like the Monte Carlo bar, Jegs cast valve covers, and the battery relocated to the rear for better weight distribution. Long tube headers add power to the V8 while also contributing to the rumble of the dual exhaust. And you have complete control over this whole package thanks to the four-speed maul transmission. This feeds a stout Ford 9-inch limited-slip rear end. This is built for performance, and so you have traction bars, frame connectors, and four-wheel power disc brakes.

The sale comes complete with build receipts and maintenance records. Strong, sleek, and unique, this GT350 tribute has been given all the right investments to be a terrific powerful classic. So don't miss your chance, call today! 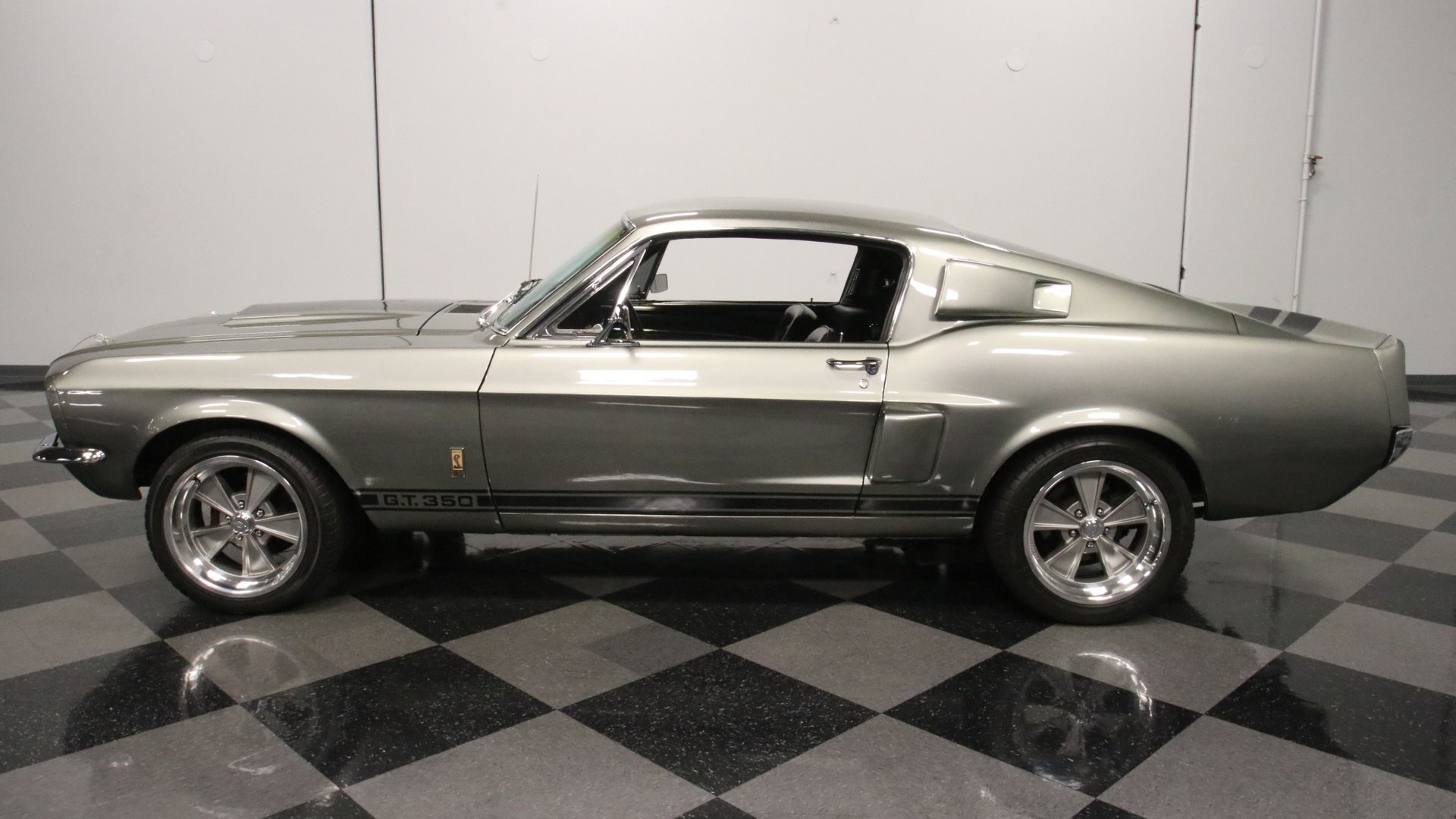