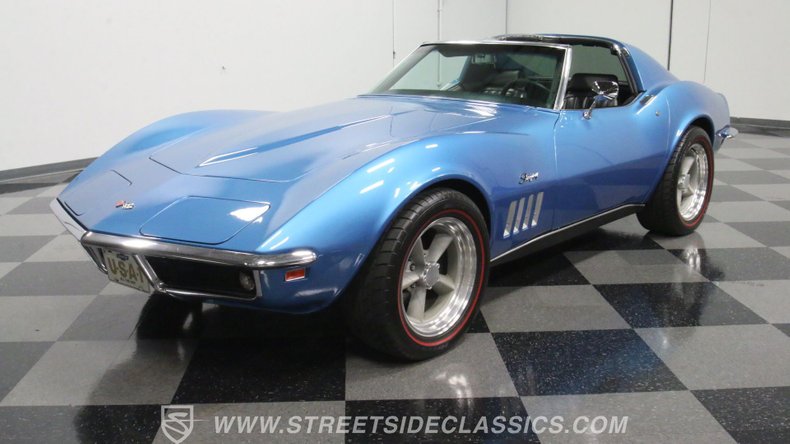 Looking sharp and running strong, this 1969 Chevrolet Corvette recently emerged from a thorough restoration and has since been driven only 256 miles - just enough to get things fine-tuned. It's propelled by its original engine that was returned to top form and then some at the hands of a professional, and during its time in the shop this fine example of Chevy's true American sports car was equipped with some well chosen options to enhance both its comfort and overall performance.

A few years before it debuted, Chevy took inspiration from the Mako Shark II concept car to produce a design so engaging that it was left intact with only occasional minor modifications for what would end up being a full 14 years. With its long hood and distinctive curvature, this car must have seemed downright futuristic when it held court on showroom rotisseries and now, some 50 years later, its head- turning powers haven't diminished in the least. Its exterior is outstanding after having been skillfully refreshed in Marina Blue only a short while back - the color was among the factory choices when this '69 debuted, so it provides a thoroughly authentic appearance and has a nice shine to it. One of the defining features of its generation of Corvettes - the T-top configuration - is a definite plus, combining equal parts style and functionality that offers the exhilaration of open-air motoring in a car that is equally impressive with the panels on or off. Upgraded electric hidden headlights remove the functionality issues often encountered with its vacuum operated original counterparts.

The interior has seen a substantial revitalization that's left it looking great, amplifying all those outstanding features that made 'Vette interiors so impressive to begin with. The highbacked bucket seats are in excellent shape and they sit over an expanse of fresh black carpet. Farther forward in the aeronautically-inspired dash area that came to be a defining styling cue of the model, a collection of Dakota Digital gauges now illuminate the cabin in blue while keeping close tabs on motoring functions. An Alpine AM/FM/CD stereo sits in place of the original unit, and it also offers both iPod and Bluetooth connectivity, so you aren't likely to run out of options while behind the wheel. With warmer weather upon us, the added Classic Auto Air climate control system is an especially welcome feature - it's blowing cold and strong and is well up to summer's challenge.

Raise the hood and you'll be greeted by a nicely maintained engine compartment. After being restored to top running form, the original 350-cubic inch V8 sits at its center, looking sharp with its chrome air cleaner and properly branded valve covers. The engine was already good for 350 horses when it left the factory a half century ago and, with the addition of a pair of aftermarket aluminum ProMaxx heads, its performance must be experienced to be fully appreciated as it now teams with an upgraded 5-speed Silver Sport manual transmission that provides both optimal gearing throughout the power band and nice, easy revs at highway speed. Smooth power steering and power disc brakes at all four corners make this Chevy classic an easy navigator that can come to a stop promptly as it takes to the road on a set of 17" 5-spoke wheels wrapped with Nitto tires. A glance below will reveal that this beloved classic cruises on a very solid foundation.

Skillfully restored and nicely modernized at no detriment to its thoroughly vintage presence, this 1969 Chevrolet Corvette is a definite head turner that's an absolute blast to drive. Call today! 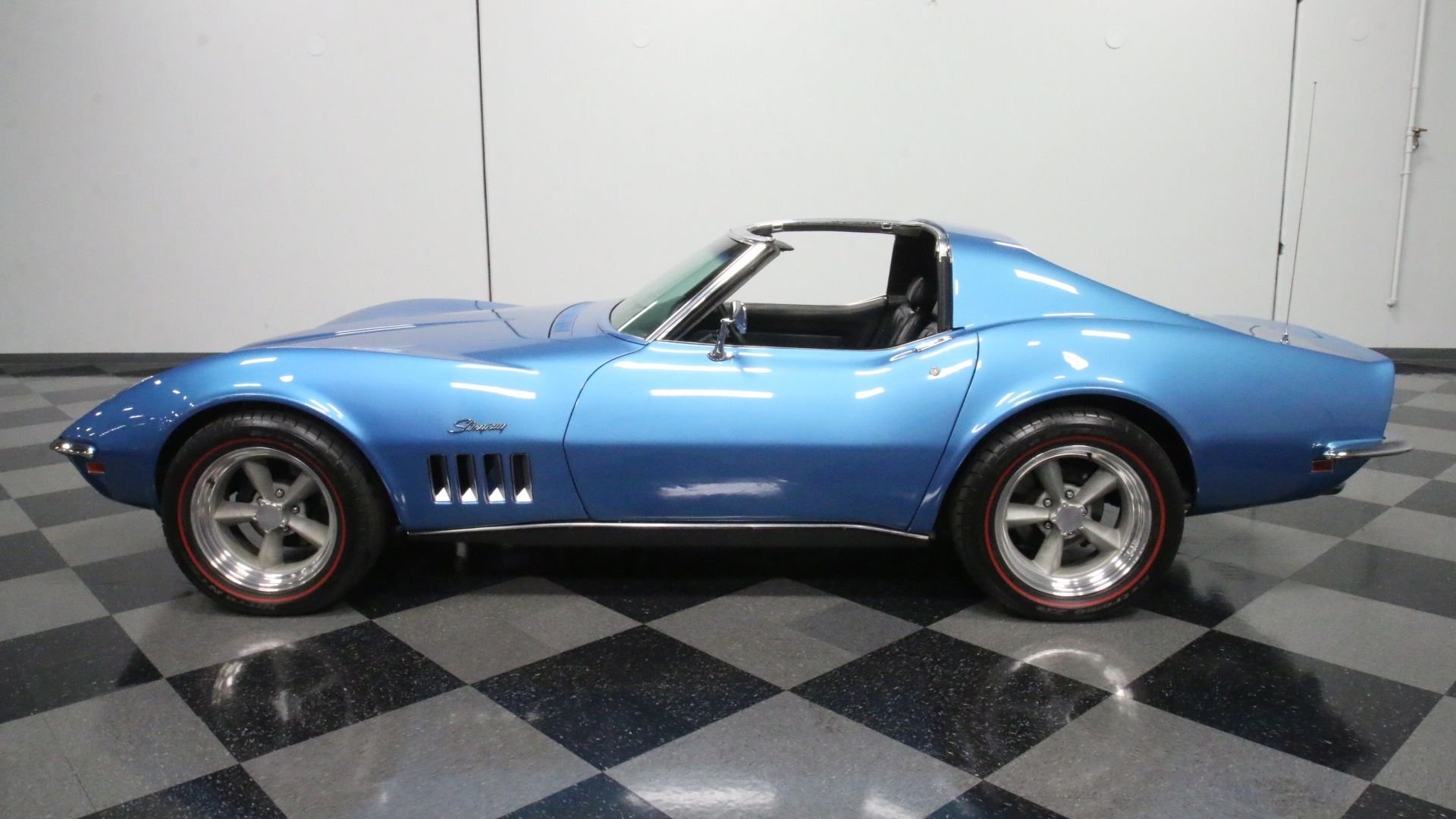