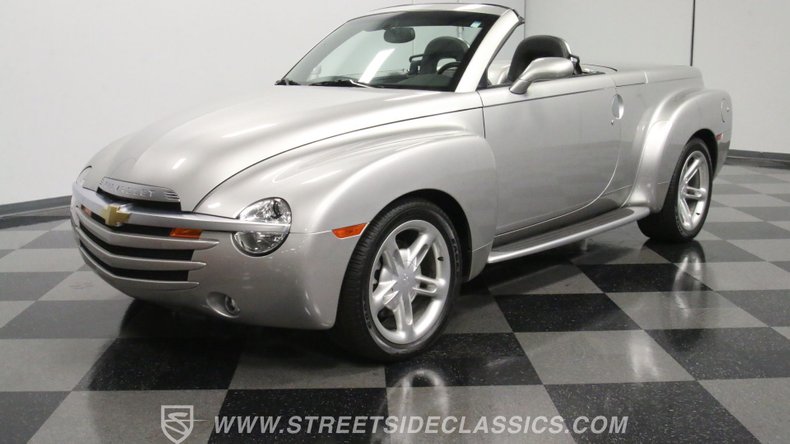 It's no doubt among the most distinctive models Chevy has produced, but this 2005 Chevrolet SSR offers more than its unique visual impact that borrows heavily from the vintage styling cues worn by its predecessors from long ago. It's logged an unusually low 1620 miles, so it represents the rare opportunity to own a thoroughly versatile ride that's not only no longer made, but is in nearly new condition.

Its unique appearance - almost equal parts modern and classic - was inspired by Chevy's line of Advance Design trucks from the late '40s to mid-'50s - you can especially see the visual homage in the shape of the front grille and fenders. Relatively few SSRs were decked out with the eye-catching silver exterior this '05 wears, and it's definitely a winning look, adding a little subtlety to a car that will have no trouble attracting attention as it is. Just as you'd expect from an ultra-low mileage car, its paint is in very clean condition and a comprehensive detailing will bring it to top form. This SSR's one of a kind form remains in factory correct configuration, with clear lighting both fore and aft and rubber-topped sideboards that still appear as they did when new. Another sign of the attentive care the car has received can be seen on its factory aluminum wheels - there's no curb rash to be found. A smoothly-functioning power convertible hard top provides the fun of open-air driving with the flick of a switch while giving this versatile ride a totally different look.

Having seen so little service, the black leather power bucket seats with their integrated headrests show virtually no detectable wear as they straddle a center console that's in matching condition. Despite its vintage inspiration, the SSR offers a modern array of comfort and convenience accommodations, including cruise control, power windows and door locks and remote door openers. The featured AM/FM factory stereo teams with a multi-CD changer, so you're not likely to run out of audio options any time soon and the air conditioning system is in top form, cooling the cabin through four well-placed vents in the dash, which also hosts a set of clear and functional gauges with no blemishes over its black surface. In back, the trunk area offers a welcome amount of space between the two optional storage compartments on its sides, and the clean wooden planks lining the floor are another callback to the Chevy pickups from long ago.

As a '05, this SSR benefitted from a substantial power upgrade that was added the very year it came out, bringing the total output of its electronically fuel-injected 6.0 LS2 engine - a powerplant that also propelled a number of Chevy's performance cars - to an impressive 390 horses. The accompanying 4-speed automatic transmission shifts like new - not unexpected - and features an overdrive gear that pairs with the 3.73 ratio rear axle to provide both strong off the line acceleration and comfortably low RPMs at highway speeds. The SSR's wide track and relatively low center of gravity combine with precise power steering and traction control to give the SSR agility that would be well out of reach of the average pickup truck, while power disc brakes at all four corners bring prompt, fade-resistant stops. This inventive and functional Chevy rolls on a set of stock SSR wheels - 19" in front and 20" in back - that are outfitted with Goodyear tires that have many more miles left to offer.

Whether your plans call for inspired driving or hauling loads during weekend errands, you'll be able to do it in plenty of style behind the wheel of this 2005 Chevrolet SSR. Call today! 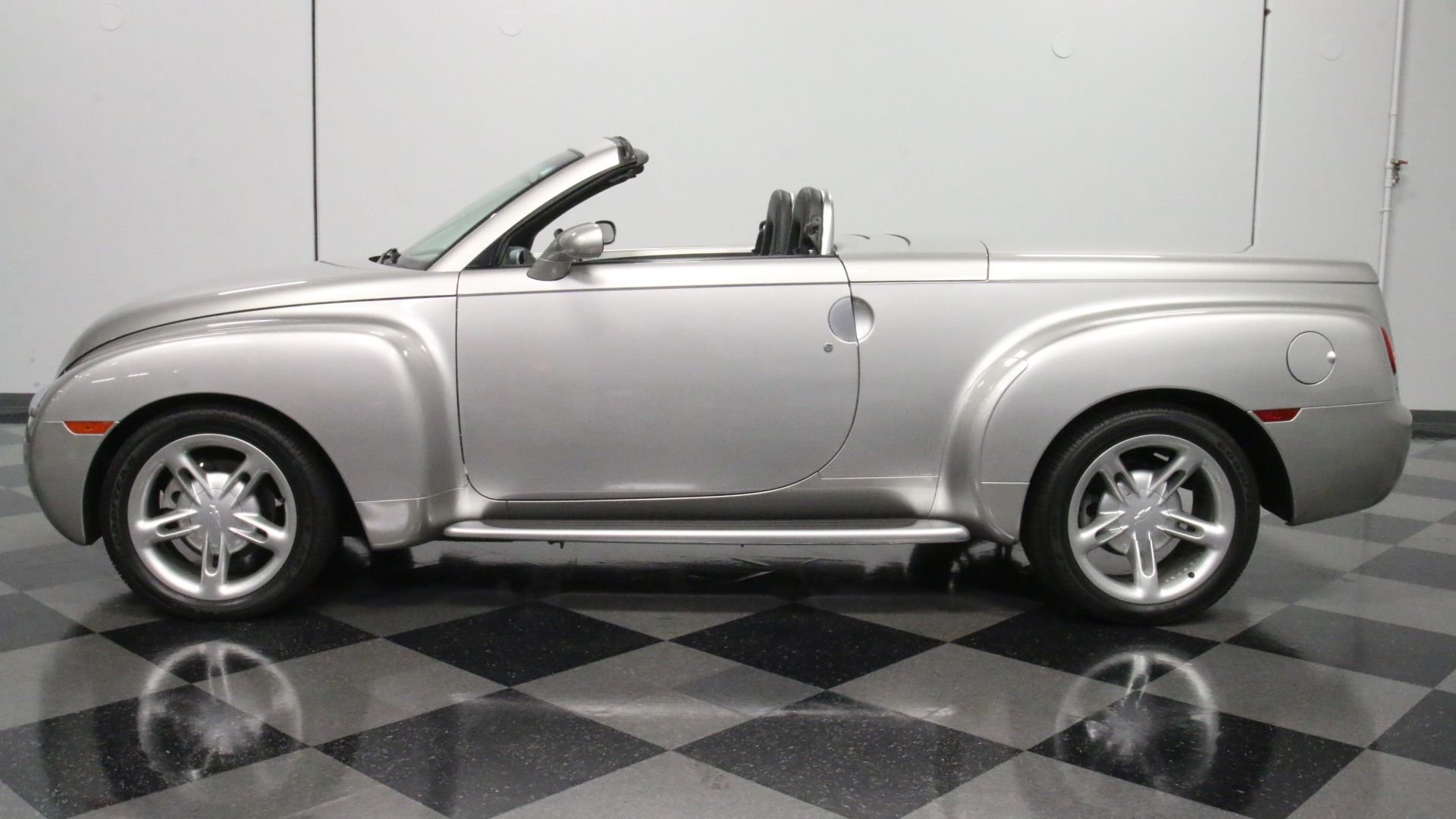