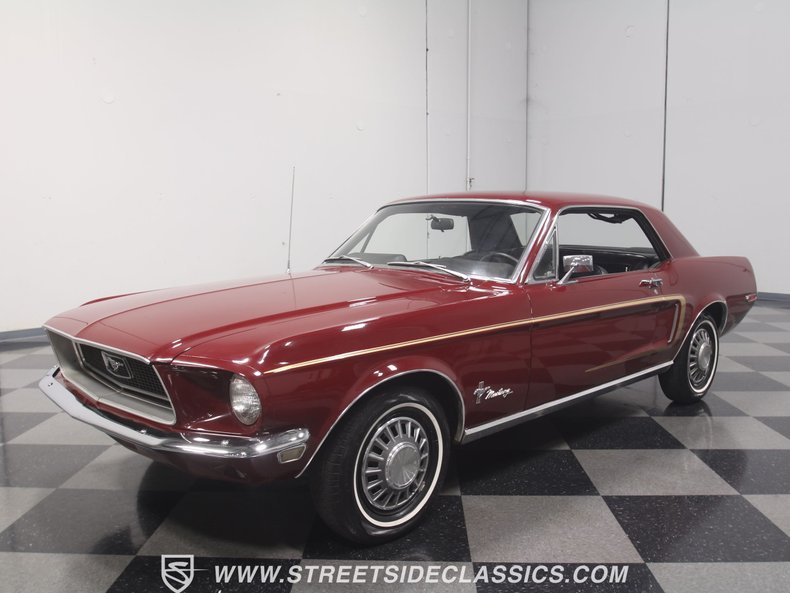 If you think all the solid, clean, original Mustangs are gone, take another look at this lovely 1968 Ford Mustang coupe. You can call it a survivor, with its original driveline fully intact, it is exactly the kind of car that is only now seeing a resurgence within the hobby. You can restore a car all you like, but they're only original once, and until you've driven a survivor, you just don't know what you're missing. They really do feel different.

The paint isn't original, but it is nicely done and accurately replicates the original code B Royal Maroon. In addition, there are no signs of significant bodywork or repairs, which means is that someone really cared about this car and it was obviously never someone's daily driver. There are a few signs of use and age, but for a car of this vintage, it has an appropriate look. In the same vein, the chrome and trim has been very well preserved and replaced as necessary over the car's lifetime. Bumpers are shiny, and the rocker panel trim is clean and undamaged, and it wears correct gold C-stripe. Appropriate Mustang badges and logos are still affixed to the body as original, and the iconic 3-element taillight lenses are still clear and bright.

Inside you'll find a code 2A Black bucket seat interior that's elegant in its simplicity. The seats are in excellent condition and like the rest of the car, are probably too nice for their age, so they are likely reproductions. Carpets are very good, and the headliner remains taut and stain-free. The original AM radio was replaced by an AM/FM/CD head unit at some point, and that's a nice upgrade. There's also a slightly fatter 3-spoke steering wheel that looks like it could have been born here. The original door panels show you what 1968 OEM craftsmanship was like, although the trunk, with its custom burgundy carpets, is a little nicer than it would have been when it was new.

This particular Mustang is still powered by its original T-code 200 cubic inch inline-6, which was rebuilt last year. The six is easy to underestimate on paper, but reality proves that these are some sweet-running little engines. With a 2-barrel carburetor and an automatic, this one wasn't built with the drag strip in mind, but it is satisfyingly quick, with a nice 6-cylinder burble from the tailpipe out back. The engine bay was neatly detailed when the engine was out, with Ford Blue paint on the engine and correct decals wherever possible. It's clean underneath, and while you can see some surface scale, you can also see original Royal Maroon overspray on the floors, meaning that this car has led an easy life someplace warm. The original rear end hangs out back, and you can still make out the original red oxide primer on the center section. The tires are recent 195/75/14 whitewall radials on the original 14-inch steel wheels with OEM hubcaps.

Someone clearly cherished this car from day one, and it has only been in the hands of caring owners since it was new. A warm, dry climate never hurts, and the best survivors are those with no stories and no excuses. This is such a car. Not a show-winner, but exactly the kind of hobby car that gets people excited when they see it because everyone remembers when they had one just like it. This is a lot of Mustang fun for not a lot of money. Call today! 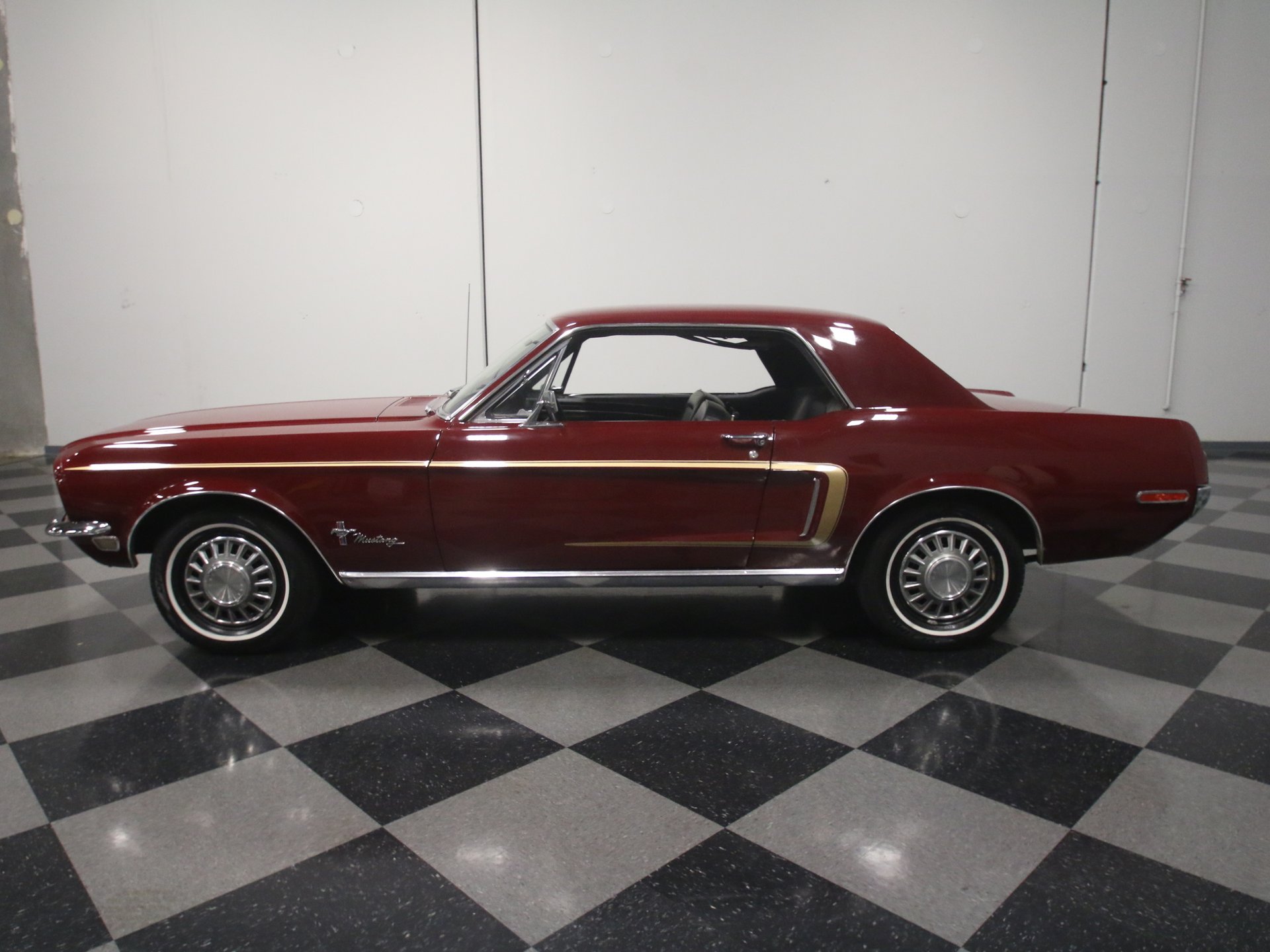