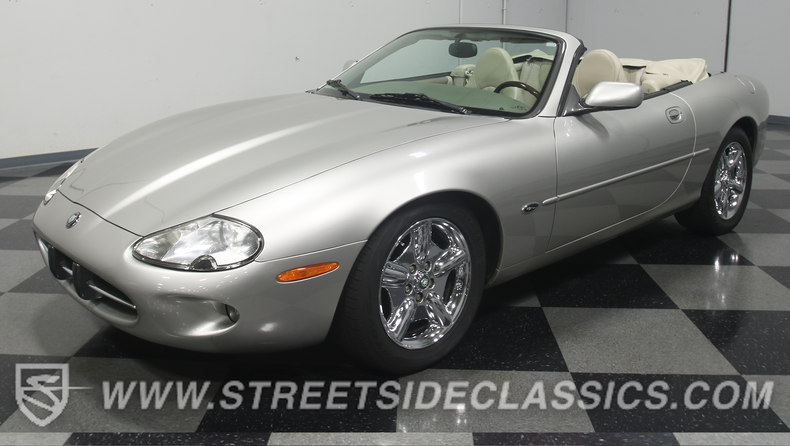 Jaguar is perhaps most famous for their slinky 2-seat convertibles, and this 1999 Jaguar XK8 continues the tradition in grand style. Offering a huge amount of performance for the cost of a used Honda, this is A-list motoring that anyone can afford.

Finished in brilliant Meteorite Metallic (AKA silver), this looks like the right car to have inherited the E-Type's legacy. Long, smooth, with a very pronounced hood, an oval air intake, and smooth headlamps, it's instantly recognizable as a Jaguar. There's a serious performance car underneath, but it doesn't seem to need to advertise, which means no spoilers, no wing, just clean lines that are elegance in motion. It shows only 68,123 miles on the clock and there might be some signs of time and use throughout, but there's no denying the sinuous look of Jaguar's top cat. And despite the flaws, this car clearly demonstrates that $80,000 paint is better than $30,000 paint and remains a tribute to the artisans in Coventry who assemble these cars; remember that this car is coming up on 20 years old yet still turns heads like few others. There are almost no nits to pick aside from the usual signs of use on the lower edges, but even those are virtually invisible thanks to the wonders of silver paint.

Jaguar is rightly famous for their sumptuous interiors, and just because the car has nearly 300 horsepower on tap doesn't mean it can't be comfortable as well. With a masterful blend of natural materials (Cashmere leather on the seats, real burled walnut on the dash, and wool carpets underfoot) there are few other automakers who can compete with Jaguar at this level. All of it is in very good condition befitting the age and mileage, although the driver's seat has been reupholstered at some point. Jaguars only came one way: loaded, and everything is in working order on this one, including the ice cold A/C. The burled walnut instrument panel and matching console are downright gorgeous and probably worth the price of admission all by themselves. The AM/FM/cassette/CD stereo system still sounds good by today's standards and you can pretty much forget the old wives' tales about electrical gremlins in Jaguars because this one works as intended. There's also a snug-fitting black canvas convertible top that disappears under a matching tan boot for a clean look. Oh, and if you'd like to do some grand touring, the trunk is big enough to accommodate all the gear you'd neat for a nice road trip.

The XK8's real claim to fame, however, is under the hood where a 290 horsepower version of Jaguar's 4.0 liter DOHC V8 makes this car feel like a British Corvette. Of course, it's very civilized horsepower, but that doesn't mean the engine isn't monstrously powerful. Properly maintained for the past 18 years, it starts and runs rather well and doesn't exhibit any of the issues that often plague high-end performance cars. A gentle prod of the throttle generates impressive thrust and torque that makes you smile, but mashing it creates a demonic blur outside the windows as the car lunges forward. A 5-speed automatic and an athletic suspension are standard, so Jaguar's wonderful blend of handling and ride quality remains in place. It's also equipped with powerful 4-wheel disc brakes and it rides on very cool-looking 17-inch chrome alloys wearing staggered 245/50/17 performance radials.

Not perfect, but an A-list luxury performance car that still attracts attention and delivers a first-class motoring experience. Call today! 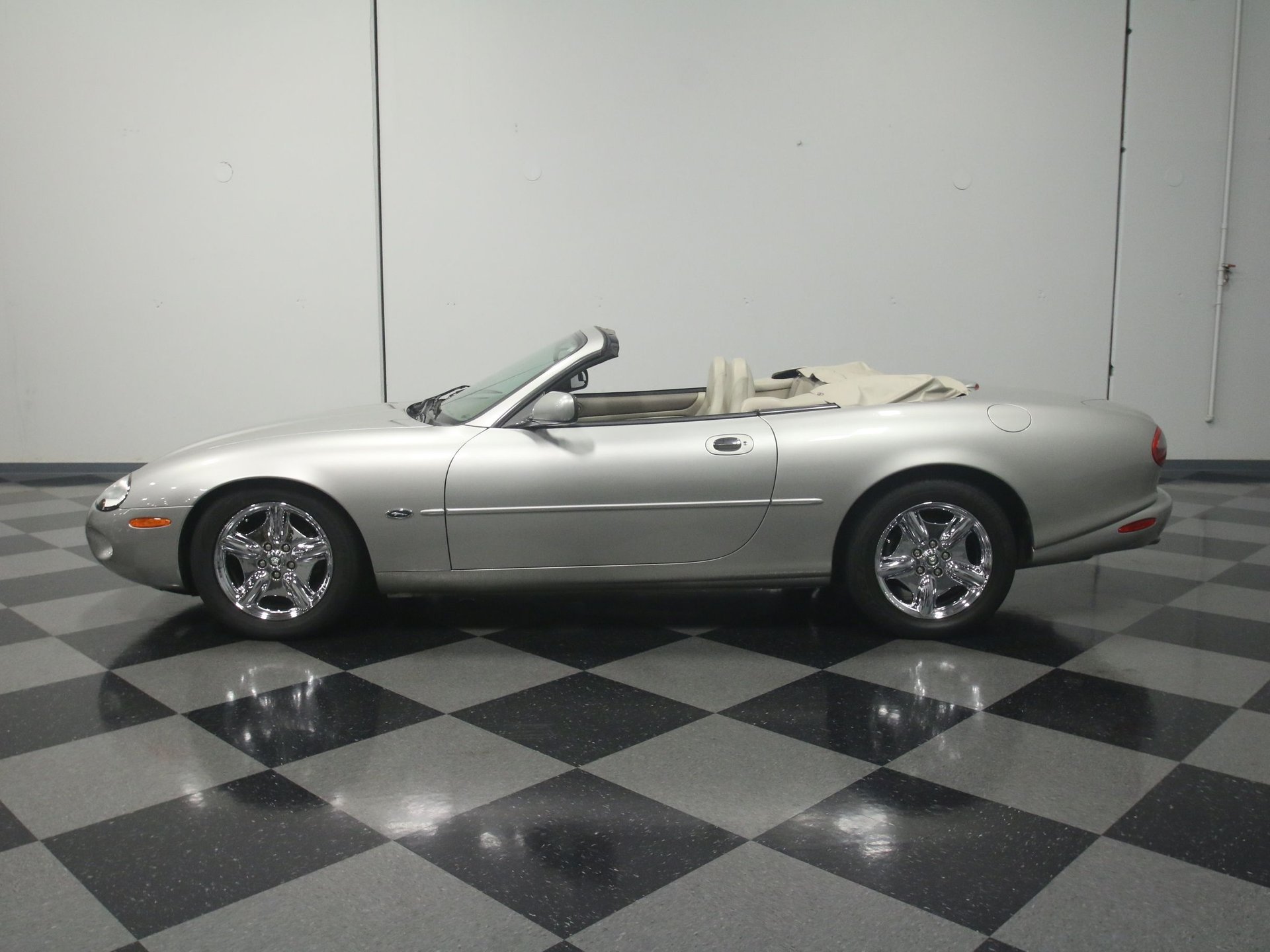