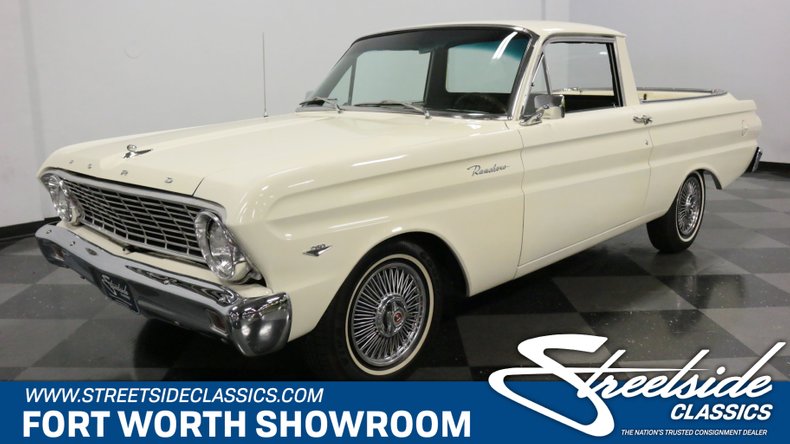 Here's one seriously cool bit of automotive history in motion that comes along at a great price. This 1964 Ford Ranchero represents a revolutionary half-car, half-truck configuration that made it easy to climb in and drive while standing by ready, willing and able to haul burdens as needed. It's looking sharp both inside and out and is armed with a period correct V8 engine under its hood that's running in fine form.

When it was introduced, the Ranchero broke quite a few automotive industry rules. Built off of an automobile assembly line yet sold via Ford's truck division, it was a definite hit with both the automotive press and the American buying public. This '64 features a clean Wimbledon White exterior that does it proud - it was repainted a while back and the work performed has held up well, although it's certainly not perfect and does show some age. Take a peek up close and you'll see that this Ford is in pretty impressive shape for a car more than 55 years old - it remains solid-looking and well-aligned, with a hood and doors that open and close smoothly and show nice, even gaps. It's not only come through the decades strong, but it also remains in stock configuration. Many of its exterior fittings, including both the front and rear bumpers, side mirrors and door handles, were all replaced and look great as they sit alongside original trim and badges that also present well. The bed out back was painted to match the body, and it's showing a few cracks and blemishes in the finish, so a spray-in bedliner might be a nice addition for a cool look and added durability.

The updated interior waiting inside the doors is a definite winner - it features a hard to find balance of vintage appeal with a tasteful amount of aftermarket customization added. The bench seat now wears a snug fitting, two-tone tweed cover that's very much in keeping with the style of this Ranchero's era and has yet to show any major issues from use - there's also a little bit of interior storage space just behind it that will likely come in handy. The door panels, as well as the headliner above, really look clean and even though the carpet was replaced as well, it does have a couple tears in it that could use some attention. Farther forward, the three-spoke, wood-rimmed steering wheel sits on a column that, along with the dash area just behind it, has seen the prepping it needed to leave it with a smooth black surface that contrasts very nicely against the white exterior. The instrument panel is crystal clear and offers gauges that all function as intended, augmented with an auxiliary unit attached below the dash. Just in front of the bench seat, the 4-speed manual shifter sits within easy reach, almost beckoning the driver to slam through some gears and have a little fun.

The F-code 260 cubic inch V8 under the hood is believed to be original to the car, sitting below the hood in an orderly engine compartment. Topped with a chrome air cleaner and Ford finned valve covers, it has signs of maintenance throughout and is in very good form, starting right up with a turn of the ignition key and running very smoothly. It pairs with a 4-speed manual transmission to make for a highly functioning vintage drivetrain that's very much up to the demands of frequent driving, spinning a Ford 8-inch rear end filled with highway-friendly 3.25 gears. Underneath it's very solid and features an updated single exhaust that provides a great soundtrack, and power front disc brakes are equipped for great stopping power. The car-truck sits on steel wheels adorned with wire wheels, all of which are wrapped in whitewall Goodyear radials for a very clean look.

Well restored and running with confidence-inspiring smoothness, this 1964 Ford Ranchero is a seldom seen classic whose model represented an adventurous deviation from the norm. Call today! 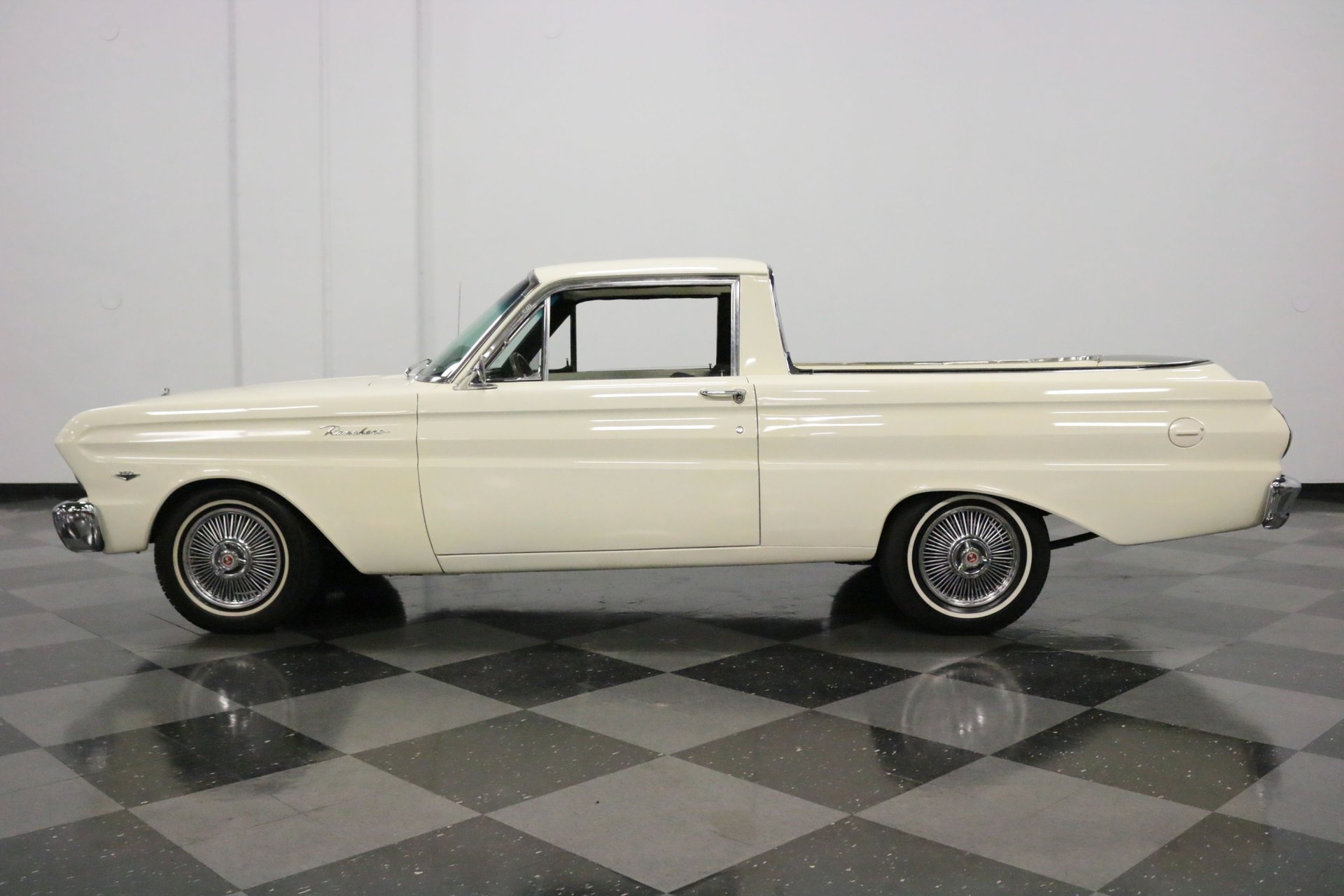