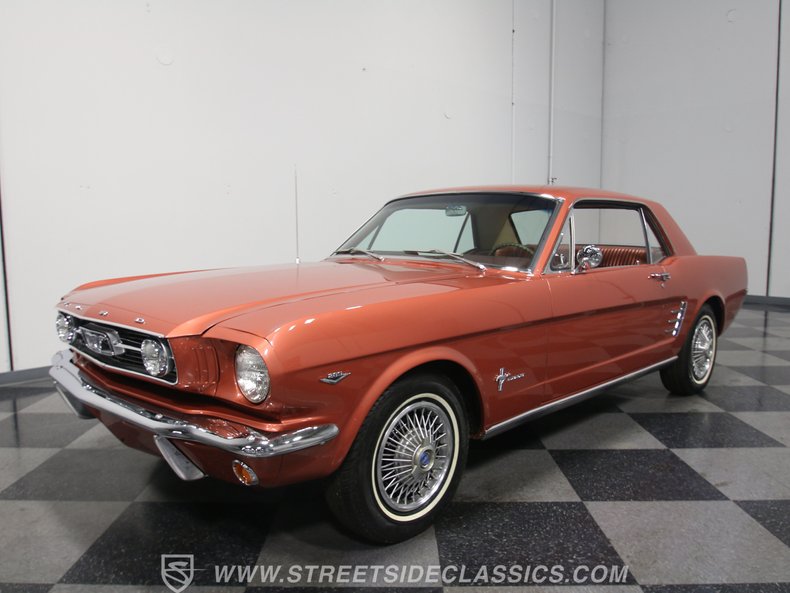 1966 was the first year for Emberglow Metallic on the Mustang, and this coupe proves that everything old is new again. Suddenly a very contemporary look, with a handsome Parchment Pony interior, this V8-powered Ford Mustang coupe is a wonderful car to own and drive, all at a very reasonable price.

Emberglow looks as good today as it did almost 50 years ago. Don't call it brown, because it has a lot of metallic copper in it, and the lights in our studio just don't do it justice. Out in the sunlight, however, the color comes alive with brilliant highlights and a depth that only comes from quality workmanship. You've probably seen similar colors on late-model Ford trucks, and it looks every bit as flashy on the early Mustang sheetmetal. It was refinished just a few months ago and looks fantastic. The fellow who owns the car has owned it for 30 years and invested big to make his long-term Mustang look its best. Most of the chrome and stainless trim was replaced, as was most of the glass; the bumpers are shiny chrome, the rocker panel trim is straight and bright, the stainless window moldings are original and in decent condition. Fog lamps were added up front just because he liked the look, and I don't think anyone will complain because this car looks spectacular, especially at this price!

Inside, the Emberglo Crinkle vinyl and Parchment Crinkle Vinyl Pony interior has been recently restored, including new seat covers, carpets, and door panels, plus a fresh woodgrain steering wheel. No, that's not a custom job, that's how the factory did it and is one of the most appealing interiors ever worn by a Mustang. The Pony interior included the embossed horse design on the seat backs, which is crisp and clear on the reproduction covers, and the foam underneath is comfortable. That's a factory center console that houses the shifter for the 3-speed manual transmission, which is just what the door tag says it should have. The gauges appear to be decent original pieces, and the factory AM radio has been replaced by a newer AM/FM unit that was designed to be a perfect fit in the Mustang's dash. The trunk is neatly finished with a reproduction mat, full-sized spare, and a matching cover.

Ford didn't stamp VINs on the engines, so there's no way of knowing if an early Mustang is 100% matching numbers, but given the long-term ownership history, it's reasonable to assume that the C-code 289 currently under the hood is the original. Equipped with a 2-barrel carburetor and dual exhaust, it runs beautifully and moves the lightweight little coupe effortlessly with great V8 sounds. There's black paint on the block, suggesting an early 1966 build, a chrome air cleaner assembly, and no signs of rust or damage make for a confidence-building engine bay. Power front disc brakes were added and there's a brand new master cylinder and booster. The chassis is pretty original but in good shape, and the mufflers and gas tank are recent. It rides on a set of standard steel wheels with optional wire hubcaps, which work with the 195/75/14 whitewall radials to create a very correct look.

If you've been looking for a solid V8 Mustang with a manual transmission, why not pick something a little unusual with this lovely copper coupe? Call today! 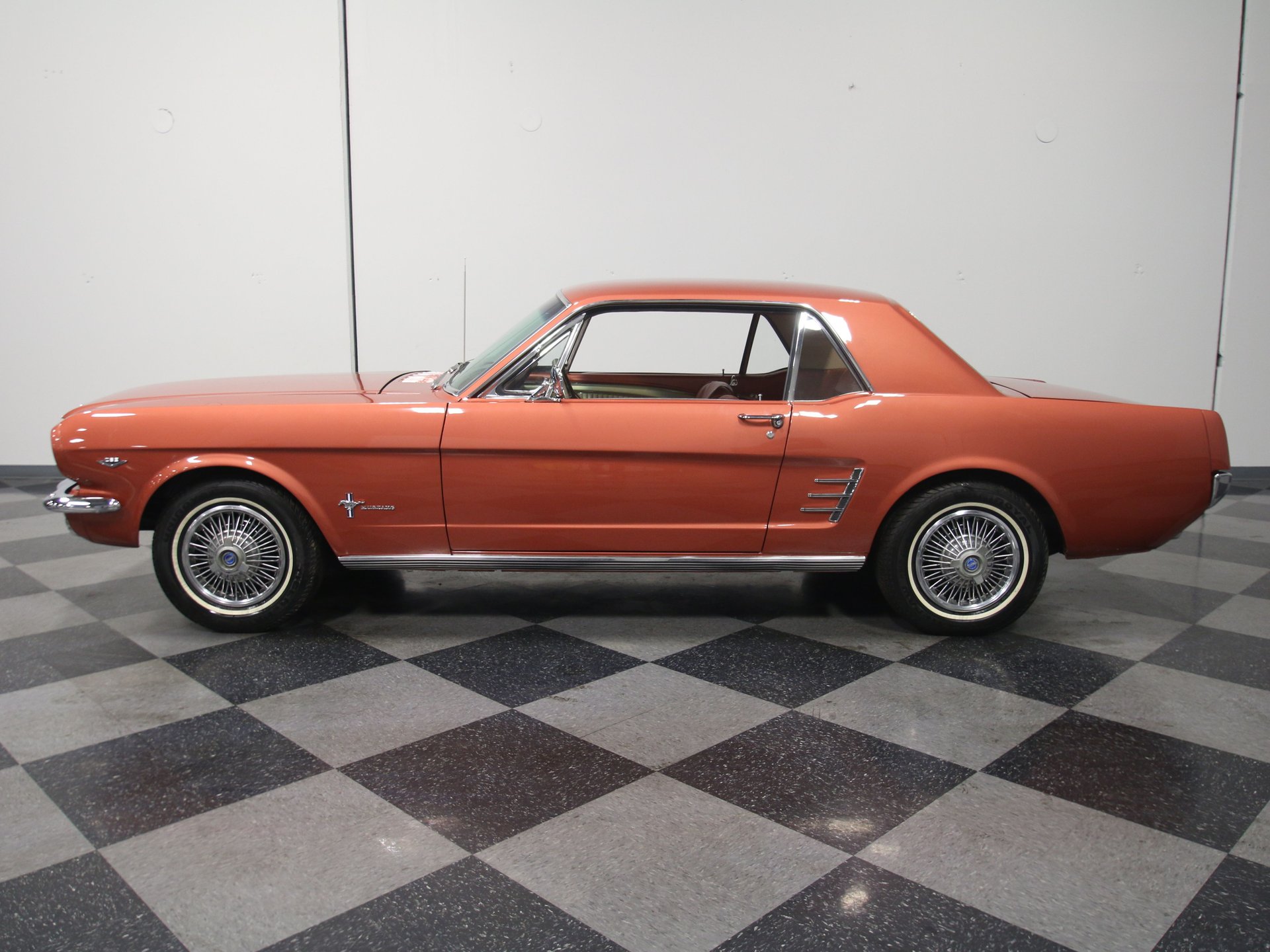