×
back
1995 Pontiac Firebird Trans Am 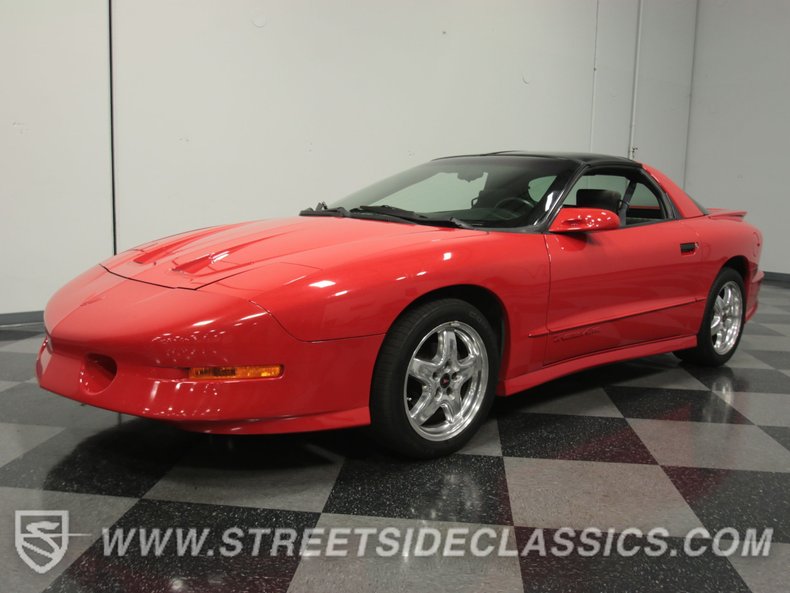 There just can't be many bigger bangs for your buck than this 1995 Pontiac Trans Am. Fourth-generation F-bodies delivered staggering performance at a very reasonable price when they were new, and today cars like this with their LT1 powerplants and surprisingly capable suspensions are shockingly fast and remarkably affordable.

Painted bright red, this car is probably not going to help you avoid the local constabulary. But hey, for this price, you can probably afford a few speeding tickets anyway. The composite bodywork (except for the quarter panels) was all-new just a few years earlier and gave the Trans AM an instantly-identifiable but unique look that included the round fog lamps up front and a wrap-around rear spoiler that Trans Am fans recognized right away. The factory red paint still shines up nicely and thanks to that plastic bodywork, there are no dents or rust in the usual places. Perhaps a little stranger, the Pontiac guys decided to hold back on decals and strips, including the hood chicken, so this one shows pure menace instead of glamour. Fit and finish are factory-grade and as a clean, original, unmolested car, it still fits together quite well and shows years of conscientious cleaning and waxing and only minor signs of use. If you want clean, unmodified performance, they don't get much cleaner than this.

Cloth upholstery in a Trans Am is a rather rare find, and if you're a performance driver, you know that it's the preferred seating surface of choice when going around corners is what you do. The gray cloth is in excellent condition with only light wear on the outer bolsters, as you'd expect. But for a car that's now more than 20 years old, the level of preservation is rather impressive. Even more impressive is what you get for your money, which is to say this car is loaded! A/C, power windows, locks, and seats, cruise control, and a tilt steering column are all included. Instrumentation is comprehensive and the driving position is excellent, particularly compared to its immediate predecessor, which was like sitting in a recliner. The original Delco AM/FM stereo remains in the center stack, and the automatic transmission turns this car into something you can live with every day. Clean carpets, an untouched back seat, and a very nicely finished trunk area round out a really impressive interior.

The Trans Am borrowed the Corvette's 350 cubic inch LT1 V8. GM played games with the horsepower figures, but performance testing at the time pretty much confirmed that the F-bodies were every bit as potent under the hood as the Corvette. But what's truly remarkable about this car isn't the horsepower itself, but rather that one of the most modification-friendly engines ever built remains almost entirely stock in this car's case. From the curved air intake to the catalytic converter underneath, this one hasn't been "upgraded" and abused, but rather loved and properly maintained by just two adult owners. A glance underneath offers more proof of clean living, as you can still see red overspray on the floors and no signs of rust damage or accidents, which is always a relief in a car with this much affordable power on tap. Power steering and 4-wheel disc brakes add to the Trans Am's user-friendly nature. Polished aluminum wheels are a nice upgrade and they carry fat 275/40/17 Continental performance radials.

Look the photos over carefully, then double-check that price and you'll find that getting this much performance in this condition for so little cash seems to make a lot of sense. Call today! 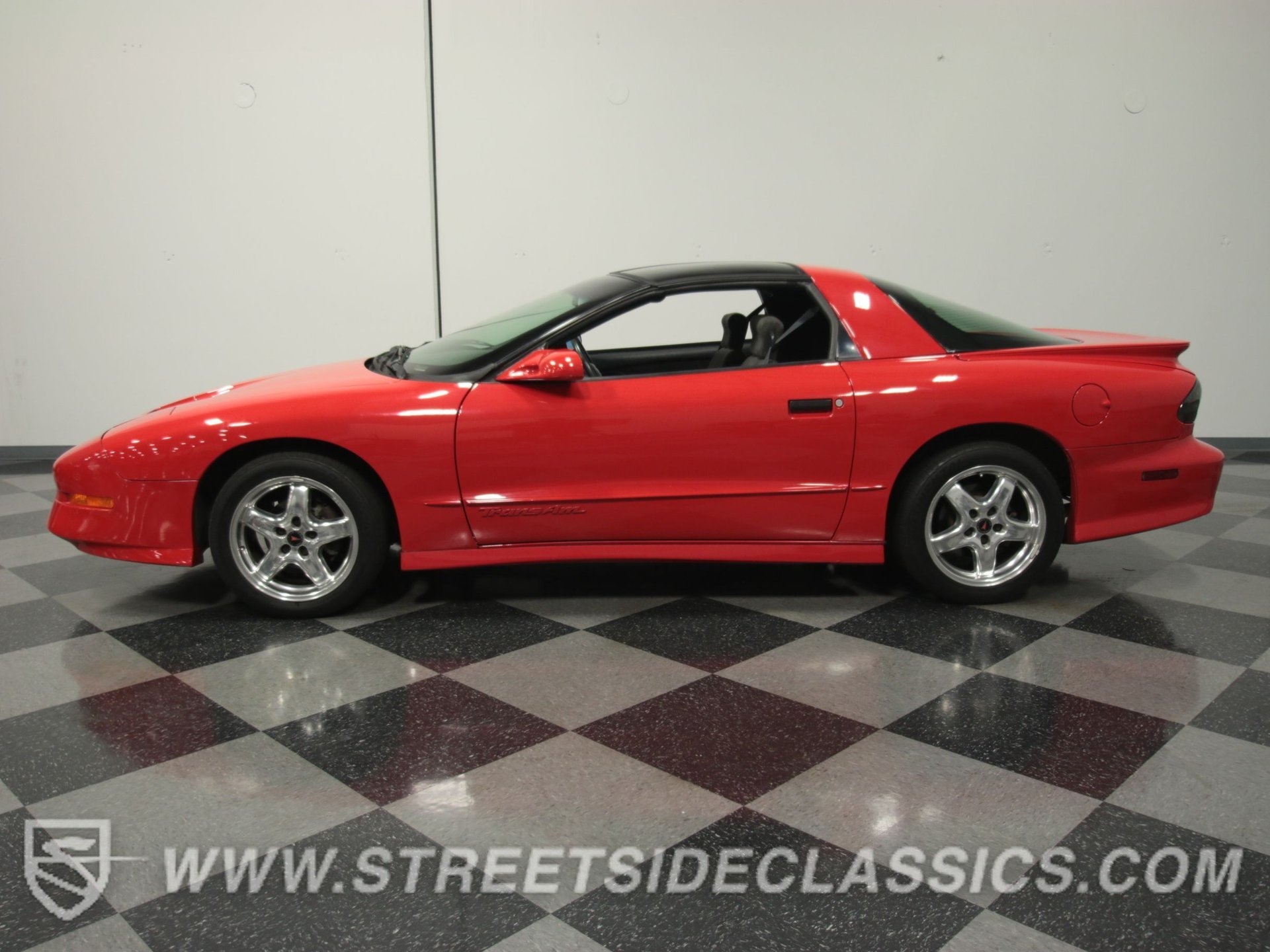