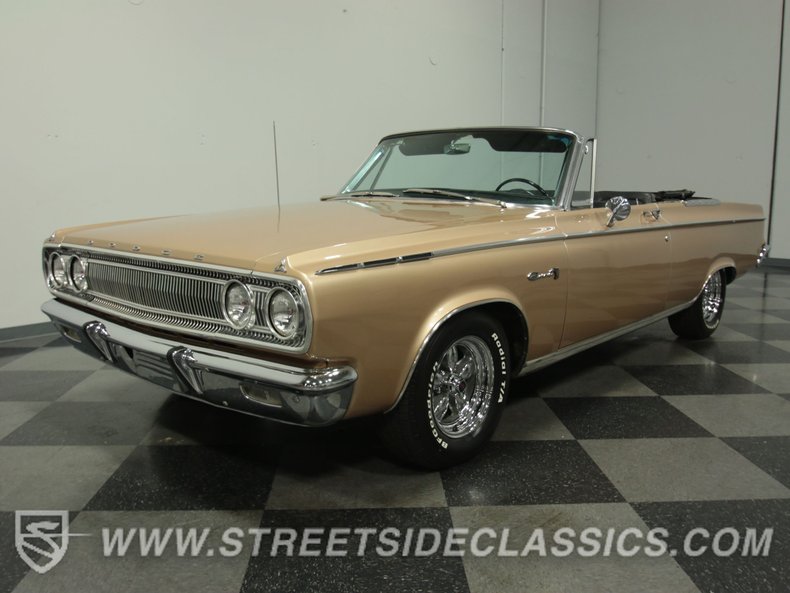 If you go to enough car shows, sooner or later you'll get tired of looking at row after row of the same old cars. Camaros, Mustangs, Corvettes, everyone's got one of those. So if you want a muscular ragtop with some street cred, a car that few people have seen before, and which costs less than any of them, this 1965 Dodge Coronet 500 convertible should be just what you're looking for.

This is a cool car in a lot of ways. The Coronet 500 was Dodge's top-of-the-line, and it looks all dressed up with plenty of bright trim. Mopar designers had outgrown their oddball styling of the early '60s, which some people loved and some hated, and by the time this car was built had settled on an aggressive style that was clean and up to date. You'll dig the neat peak on top of the body that starts at the leading edge of the fender with a Chrysler emblem, and stretches back to the rear quarters. There's a second one that runs down the sides, creating a wedge profile that really works well. Gold Metallic is this car's original color, and it's been repainted in a hue that's faithful to the original, not too much metallic and plenty of shine. That was a few years ago, so it's got a look that's just right and you'll never worry about driving it, rain and bugs be damned. The chrome is in nice shape, too, with that electric shaver grille, the side trim, and the interesting rear trim all looking great for their age.

The black interior was replaced as well, as this car originally came with white and gold upholstery. Nobody will argue with the black because it looks great and adds an aggressive edge to this handsome ragtop. Buckets and a console are what the car was born with and all the upholstery patterns are correctly rendered in proper materials, so everything looks OEM. Gauges are original and cover the basics, and when you ordered a console, you also got a console-mounted shifter in place of the push-buttons that were found in the earlier cars. That's a factory AM radio in the dash, but it's due to be upgraded if you want some entertainment when you go cruising, but perhaps the burly 383 will be enough. There's a black power convertible top that fits extremely well and a truly massive trunk that'll haul just about anything.

Although originally a big block car to start with, the numbers matching block has been swapped with a fully rebuilt 383 pulled out of a '69 MOPAR. It's the 4-barrel 330/335 horsepower version, so it's a very strong runner in the relatively lightweight Coronet, and someone has obviously spent some time getting it to look right under the hood. The twin snorkel air cleaner and corporate turquoise paint on the block add a factory look, and it's still running original cast iron exhaust manifolds, so it has that smooth, quiet vibe that only big Mopars seem to offer. Power steering is a nice perk and the TorqueFlite 3-speed automatic transmission is the right choice in a heavy cruiser like this. The dual exhaust system has a nice V8 burble that never gets too aggressive, and at a glance you can see just how tidy it is underneath. There's a new gas tank and new shocks and it sits on period American Racing mags with 225/70/14 BFGoodrich T/A radials.

Not your run-of-the-mill convertible, and a lot of fun to own and drive, this Coronet has a great deal to offer. Call today! 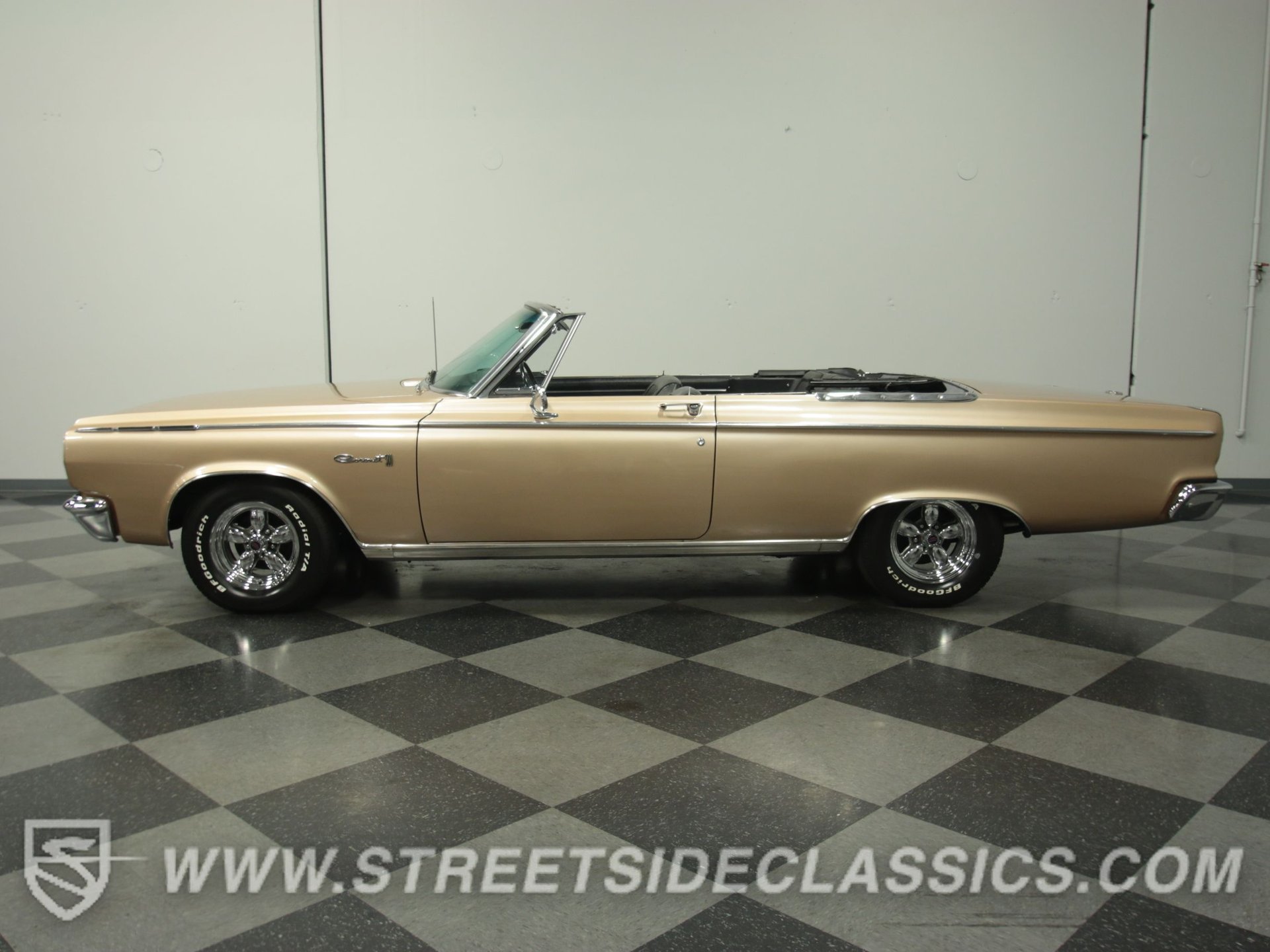