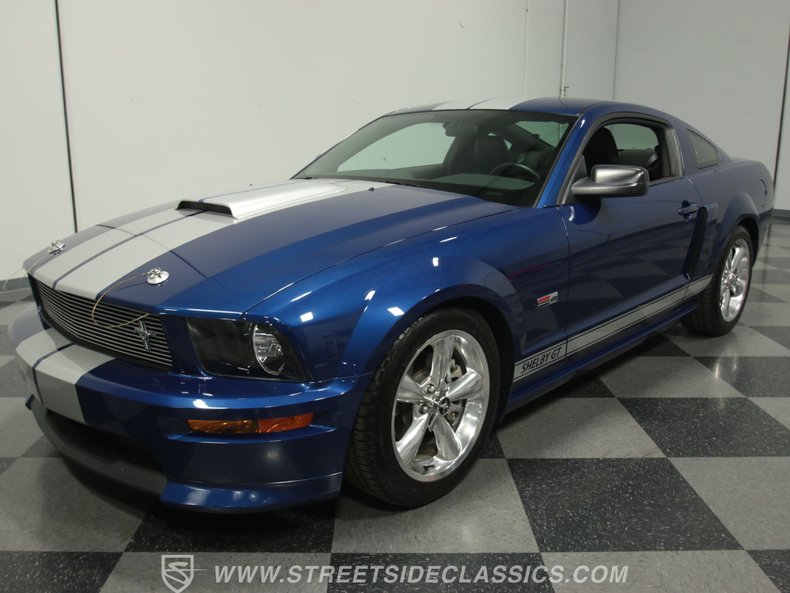 Any Mustang with the Shelby name attached to it is bound to be special, but some are more special than others. If you like the looks of the late-model Shelbys but either don't want the GT500's massive sticker or its rather ubiquitous presence at events, then this 2008 Shelby GT provides a nice change of pace. Superbly maintained and showing only 6355 original miles, it's probably a safe bet that the collectors of tomorrow will think this is a very special car.

The GT slotted in below the GT500 but above the standard Mustang GT, and was built on the success of the Shelby GT-H Hertz rent-a-racer. Only about 2300 were built, coupes and convertibles, and the vivid Vista Blue paint with silver stripes was exclusive to the GT and became its signature color. The Shelby GT added a deeper front air dam, a special billet grille with offset Mustang emblem, a hood scoop and hood pins, and the requisite Shelby emblems and badges. Out back, you get big SHELBY block letters as well as a diffuser panel under the bumper and twin exhaust tips that shine brightly against the Vista Blue paint. And to finish off the look out back, the owner added extra cool sequential tail lights and turn signals. With so few miles, it shouldn't be a surprise that this car looks and feels almost new, with only one or two small nicks that show it's been driven in the real world. It isn't subtle, but it is a cleanly built package that eschews the usual Shelby overkill and instead delivers one of the best-looking Mustangs in recent memory.

The interior remains the same fantastic Mustang you've grown to know and love, with black leather being the dominant theme. Sculpted buckets are all-day comfortable, the instrument panel is equal parts retro and state-of-the-art, and the packaging job on the airbag steering wheel is nothing short of miraculous. As a Shelby, you do, of course, get a signed, numbered plaque on the dash, as well as a Hurst cue ball shifter for the 5-speed manual transmission. Everything else is standard Mustang equipment, including A/C, cruise control, power windows, locks, seats, and mirrors, plus a thumping AM/FM/CD stereo system with speakers throughout the passenger compartment. All of it looks virtually new, including the driver's seat, making this a great choice for future preservation. The Mustang provides a reasonably-sized trunk, but the Shelby guys got rid of the spare tire in the quest for more performance and less weight; fortunately, the owner found a correct spare and reinstalled it where it belongs, just in case.

Ford's 4.6 liter V8 got a few tweaks for duty in the Shelby GT, starting with a cold air induction system and the Ford Racing Power Upgrade Package, which ups output to 319 horsepower and 330 pounds of torque. There's also a strut tower brace that really makes a statement in the tidy engine bay and reminds everyone that this is no garden-variety Mustang. Underneath there's an X-pipe exhaust system that gives the Shelby a distinctive sound, and as you can see, this car really hasn't been driven much at all; it's insanely clean underneath. Big disc brakes were part of the Mustang's standard equipment, so no upgrades were needed there, but it does have the Ford Racing Handling Pack which includes specially tuned shocks and struts, lowering springs, oversized sway bars, and a 3.55 gearset out back. The last part was sticky rubber: 235/50/18 BFGoodrich G-Force radials on polished wheels.

One of the best balances between looks and performance, price and exclusivity, this Shelby GT is nicely preserved and ready to be sparingly enjoyed as it appreciates. Call today! 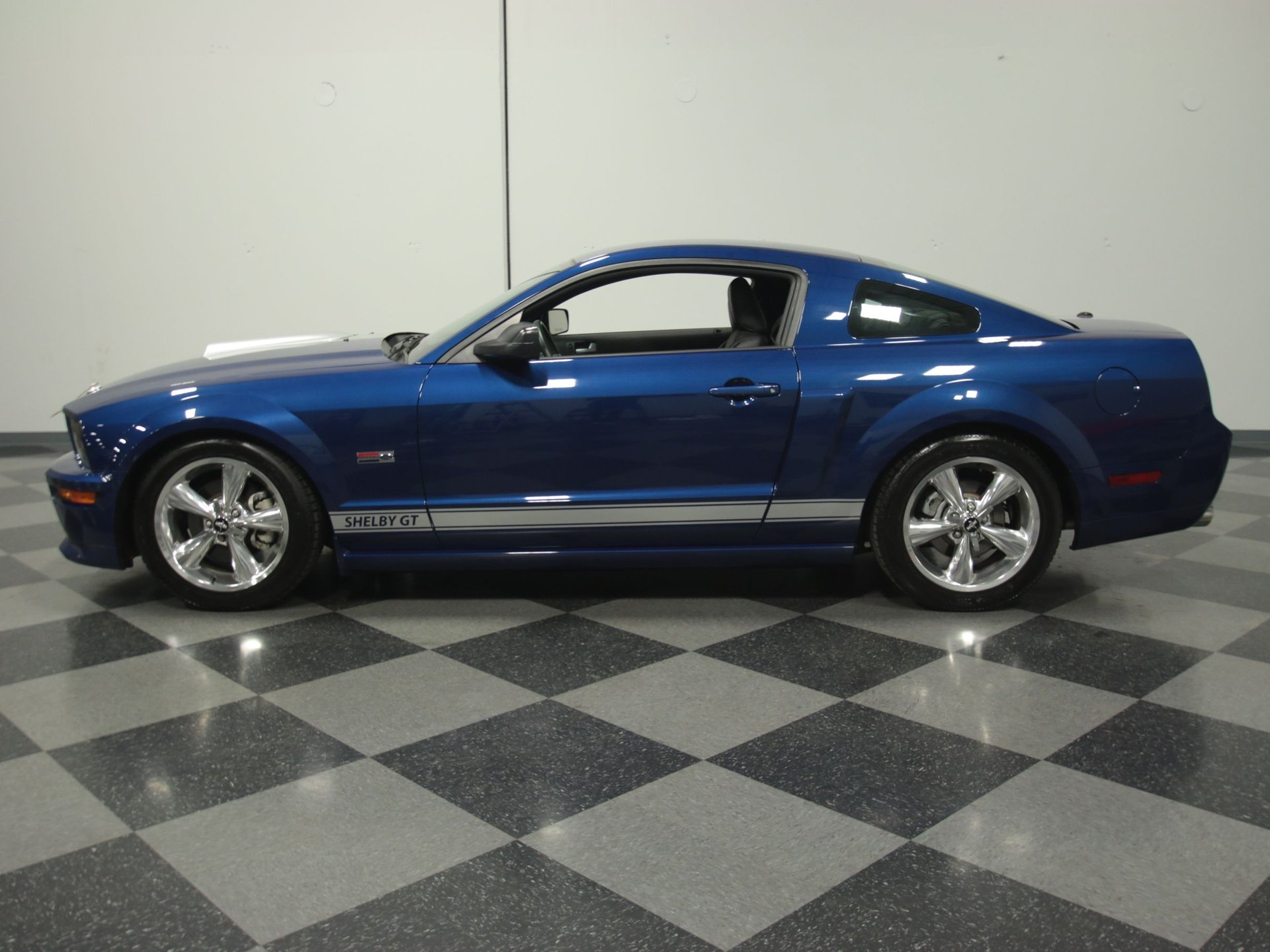