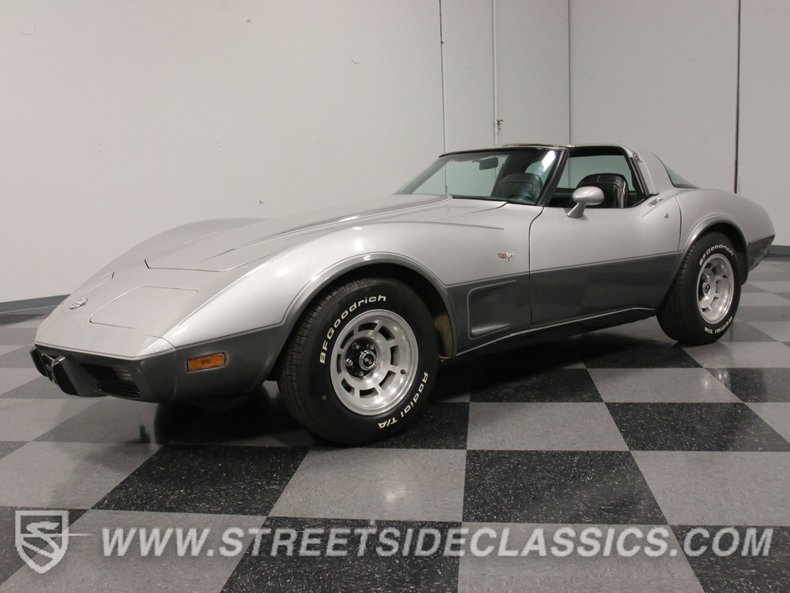 If you want a low-mile Anniversary 'Vette, they're easy to find. However, if you simply like how they look (and who could blame you?) and don't want to spend a fortune to own one of the zero-mile examples, perhaps this one deserves a closer look. It has a strong-running V8 engine and black leather, so if you want a driver, they don't come better than this.

This one actually looks better than most '78 Anniversary Corvettes thanks to a repaint back in the '90s. Instead of the original enamel, it's a more modern material that shines up beautifully and the various bits and pieces all match quite well. They replicated the two-tone silver over gray combination exactly, and the various pinstripes that highlight the C3's dramatic shape are expertly applied. The Anniversary 'Vettes introduced many styling upgrades that would continue to the end of C3 production, including the deep chin spoiler, the fastback roofline, and ducktail spoiler, and many would consider this the pinnacle of style. It's held up quite well with only minor signs of use and none of the usual Corvette issues are apparent: no cracking or checking and the panels line up quite well. Proper badges and emblems were reinstalled following the repaint, so it does have a very correct look that'll make Corvette fans happy.

Most of the Anniversary 'Vettes got Silver or Oyster leather, so it's refreshing to see black leather inside this one. It's quite original and shows a few signs of use but given that this one is a driver, not a trailer queen, it's not a big deal. Standard Corvette equipment makes it a serious driver's car, and like most Anniversary cars, it's loaded with options: cold A/C, power windows, cruise control, and a tilt/telescope wheel. The carpets, door panels, and dash are in excellent condition and aside from the Kenwood AM/FM/cassette stereo in the dash it's completely stock. More black leather is wrapped around the steering wheel and with the lift-off T-tops, you can experience open-air motoring that's the next best thing to a convertible and you can strap them down in the cargo bay so you're never without them. And speaking of the cargo bay, thanks to that fastback window, there's a decent amount of storage space for a long road trip.

The base engine in 1978 was the 350 cubic inch L48, which was rated at a respectable 180 horsepower. It's quite stock overall, and the 4-barrel carburetor and aluminum intake manifold underneath are part of the horsepower-building equipment list. This is the car's original, matching-numbers engine, and aside from minor upgrades like the cap on the HEI distributor, it's quite stock. The engine is backed with a TH350 3-speed automatic transmission, so it's a blast to drive, and 4-wheel disc brakes ensure that it's safe. The exhaust system has been tweaked with a straight pipe in place of the catalytic converter, which makes a big impact on the horsepower curve and the whole package is bulletproof reliable, so go ahead and drive it anywhere. Gorgeous polished aluminum wheels were part of the Anniversary package and wear fat 225/70/15 BFGoodrich T/A radials.

These Anniversary Corvettes are among the best-looking of the C3s, and with so many put away as "investments" it's tough to find one that's ready to drive like this. Call today! 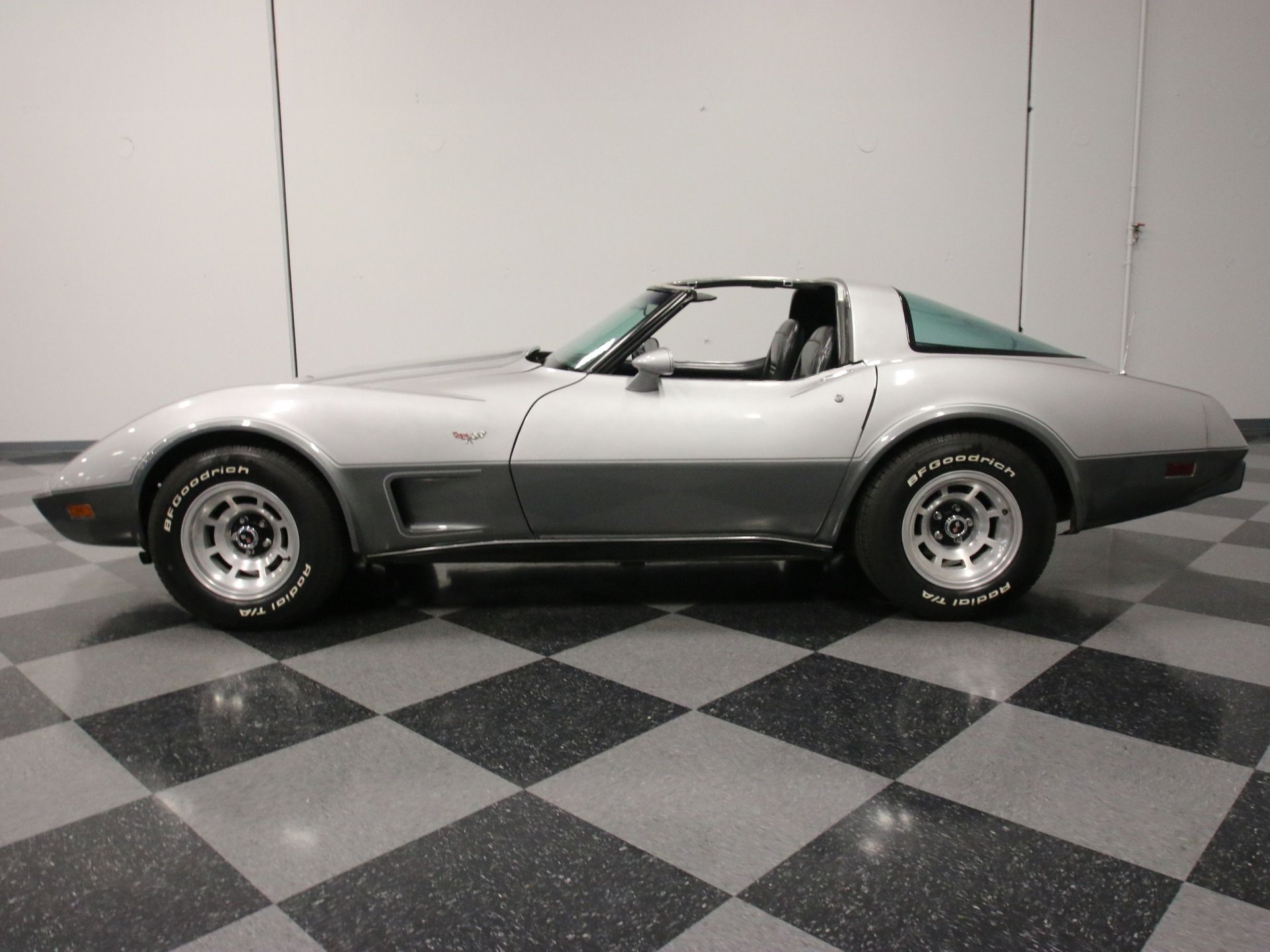