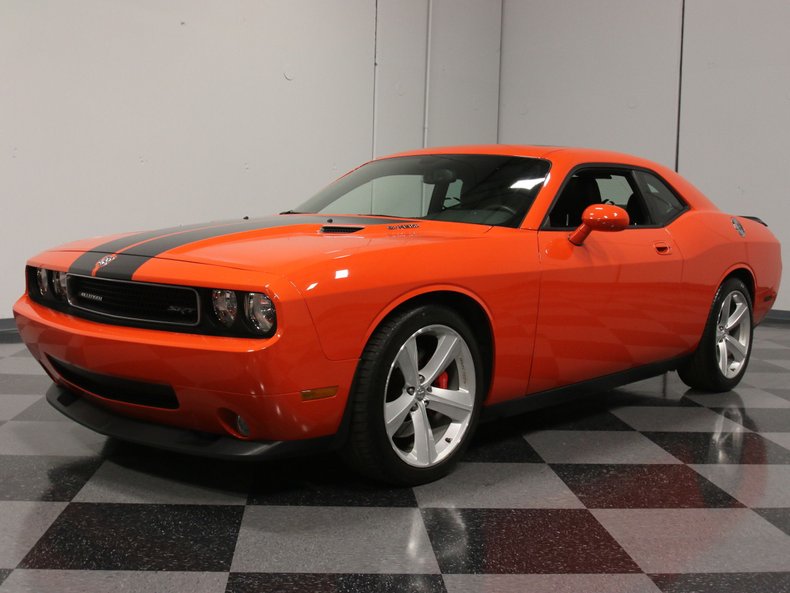 When this 2008 Dodge Challenger SRT8 hit the streets, it was the hottest thing on four wheels. I'll wager that the original buyer paid well over sticker price to own it, because it represented the rebirth of a legend. If there's a late-model Challenger that will be collectable in the future, it's probably one like this: early car, beautifully maintained, completely stock.

The bright Hemi Orange paint with carbon-fiber-look stripes was a combination right off the show car that debuted in 2006. The carbon wasn't real, of course, but this was the car every Mopar guy wanted to own as they impatiently counted down the days until it was available in the showroom. This one has lived a good life but hasn't been tucked away, which can have its own set of issues. Instead, it shows just 32,728 original miles, so you know it's been a fair-weather toy, not a daily driver. The finish is in good condition with a few signs of age and use, but there's just no mistaking the intent of a car that looks like this. It was built to drive. The look as aged quite well and you'll surely find that everyone still stops to watch this Challenger drive by. The chin spoiler isn't all beat up by steep driveway aprons, the rockers haven't been blasted by debris, and you knew everyone's going to dig the HEMI badges on the hood. Add in a set of chrome exhaust tips, subtle SRT8 badging, and a surprisingly modest deck lid spoiler and you end up with one of the most successful pony car rebirths of the modern era.

The SRT8 showcased everything Chrysler could do for a driver, and based on the 300's platform, it's a lot more spacious than you'd expect. The deeply bolstered black leather seats have grippy inserts and an orange stripe, and only the driver's seat shows any wear. You also got a fat steering wheel, big, round gauges with racy electro-luminescent faces, and a quick-shifting automatic transmission. Of course, on the flagship, everything was standard, including A/C, power windows, locks, seats, and mirrors, cruise control, and a cool touch screen entertainment system with navigation. This one also offers an optional sunroof, which is a somewhat rare option, and the seats are heated, which makes a big difference on cool mornings. Everything works, there are no issues, and you can get in this car today and drive to California if you'd like. That's the power of modern technology.

By this point, the 6.1 liter HEMI V8 really needs no introduction. For the SRT8, they punched it out a bit to add the kind of low-end torque muscle car fans expect, and not even a vintage 426 Hemi could keep up with it. These cars are insanely popular and easy to modify, but this one remains completely stock, which is always what you want when you're buying a high-performance machine. The engine bay is tidy, highlighting the taller 6.1 aluminum intake and black coil covers, and you can see that it's never done a commute in the winter weather. It starts quickly, idles properly, and has the kind of big torque that most folks can't understand until they've driven a car like this. The transmission bangs off quick shifts when you're hustling but is unobtrusive when you're going easy, and the suspension is remarkably livable given its insanely high limits. Big Brembo disc brakes keep it safe and the factory alloy wheels and 255/45/20 Continental tires are in excellent condition.

Still an apex predator, this Challenger offers a lot of performance for a very reasonable price. Call today! 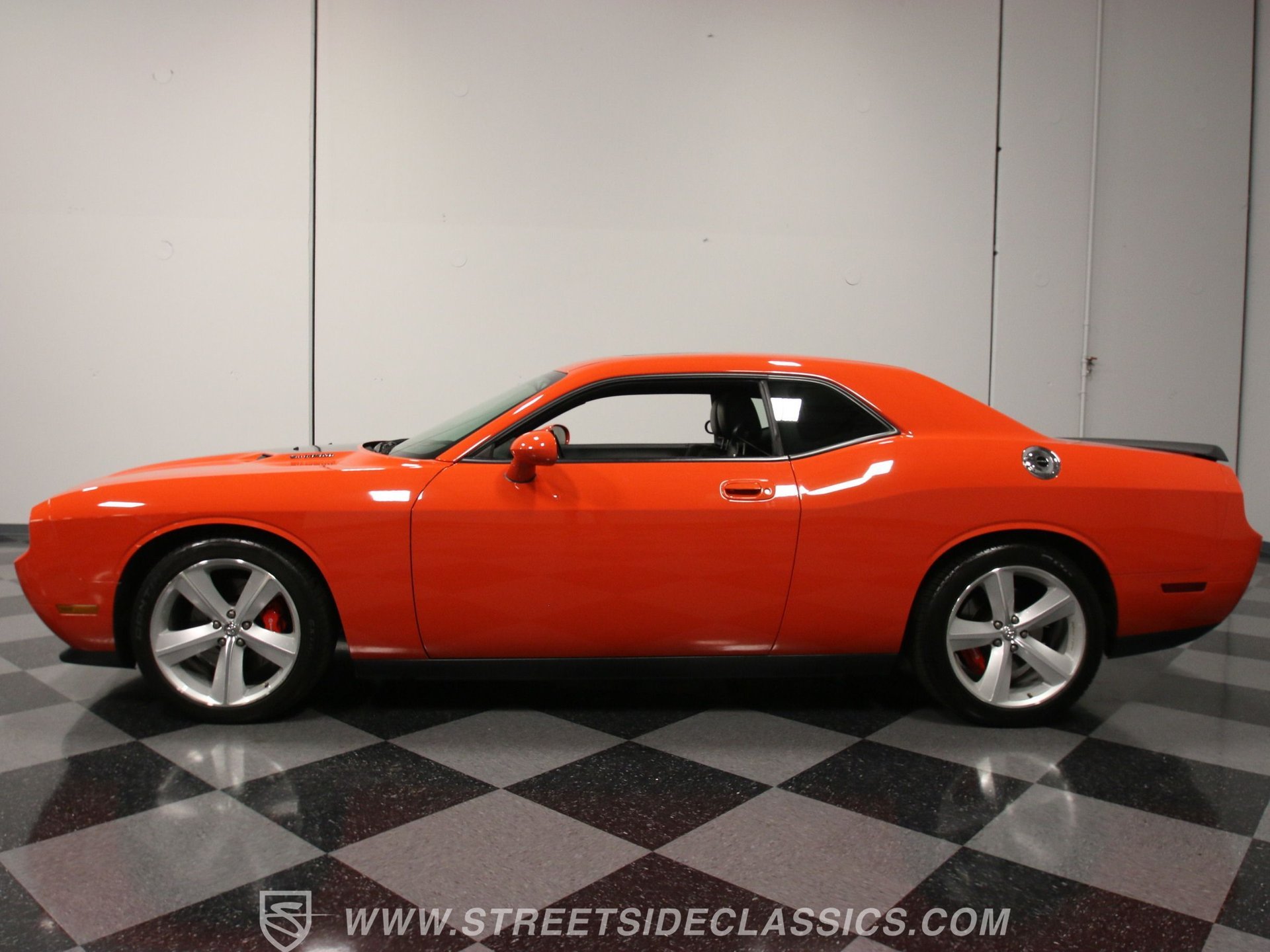