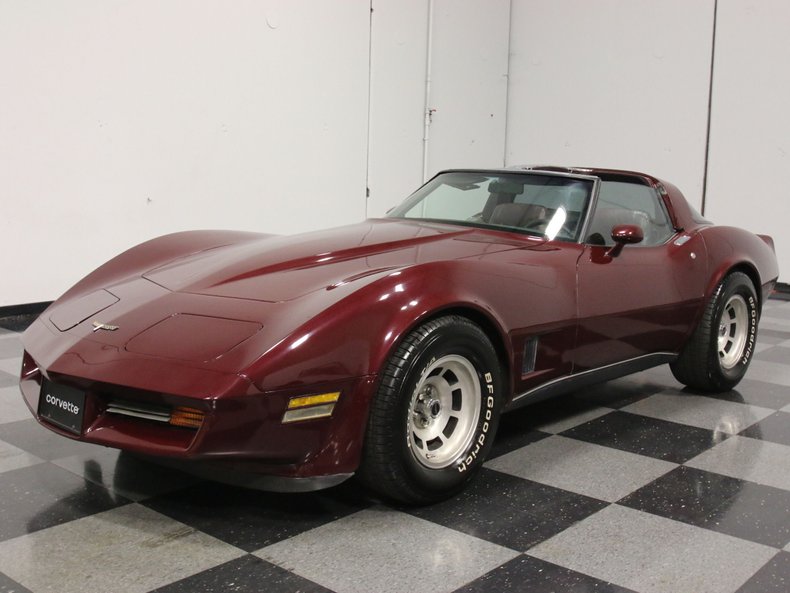 It feels strange to say it, but how refreshing to see a burgundy Corvette! The last of the C3s always seem to be silver or white or black, but this handsome dark red 1980 'Vette hits all the right buttons. Powered by a fresh ZZ4 crate motor and fitted with a handsome leather interior, this is definitely a party on wheels at a very attractive price.

No worries, however, because code 76 "Dark Claret" was on the 1980 Corvette color chart and it looks awfully similar to the burgundy finish it wears today. It's not this particular 'Vette's original color, but it's a great look, deep and rich without trending towards orange, and the guys who did the respray made sure everything was smooth and straight before they started shooting. That means good gaps, no stress cracks around the headlight doors, and front and rear bumper cones that actually match the rest of the car. There are a few signs of use and some light scratches, but a lot of it would disappear with a professional buff and detail. The deep chin spoiler and ducktail spoiler out back give the Corvette a hyper-performance look that suits its personality just fine, and even after more than 30 years, it still grabs peoples' attention on the street. There's not a lot of trim on the 1980 models, but things like the shiny rocker panel trim and 'corvette' lettering on the trunk make it really stand out. Go ahead, admit it: this is the car you've wanted since you were a kid.

The disco era was in full swing when this Corvette hit the streets, and the code 792 Claret leather makes the most of the fashion of the time. Fortunately, the articulated bucket seats are in reasonable condition given their age, with leather that's still pliable and now showing a comfortable, lived-in look that only leather can offer. Loaded with options like power windows and locks, A/C, a tilt/telescope wheel, cruise control, power antenna, and a rear defroster, the Corvette had finally matured into a real car that could be driven every day. Lift off the T-tops and it's an open air experience that combines the rumble of the exhaust with the whoosh of V8 acceleration, and you'll be pleased to know that they seal up tight. The fastback roofline added much-needed storage volume, and the cargo bay is nicely preserved despite that big rear window and the added sunlight (which is why there's a retractable cargo cover). The only notable upgrade is an AM/FM/CD/iPod stereo head unit that's a neat fit in the original dash.

The L82 was the top motor in 1980, but that wheezer was replaced 1500 miles ago with a snarling ZZ4 350 cubic inch crate motor. Up top there's a Bowtie intake manifold and an Edelbrock 4-barrel carburetor and with 330 horsepower on tap, it's roughly twice as powerful as it was when it was new. There's plenty of other new equipment designed to keep it in top condition, including a new alternator, belts, and hoses, making this a Corvette you can drive anywhere with confidence. It's backed by a freshly rebuilt TH350 3-speed automatic transmission and carries a set of long-tube headers and a new dual exhaust system underneath, so the soundtrack is right. Gorgeous machined aluminum wheels were original equipment and now carry fat 275/60/15 BFGoodrich T/A radials.

C3 Corvettes are popular for a reason, and you can get into this one for the price of a used Hyundai. Spend some time nailing down the details and you'll have a car that runs and looks like it should cost thousands more. Call today! 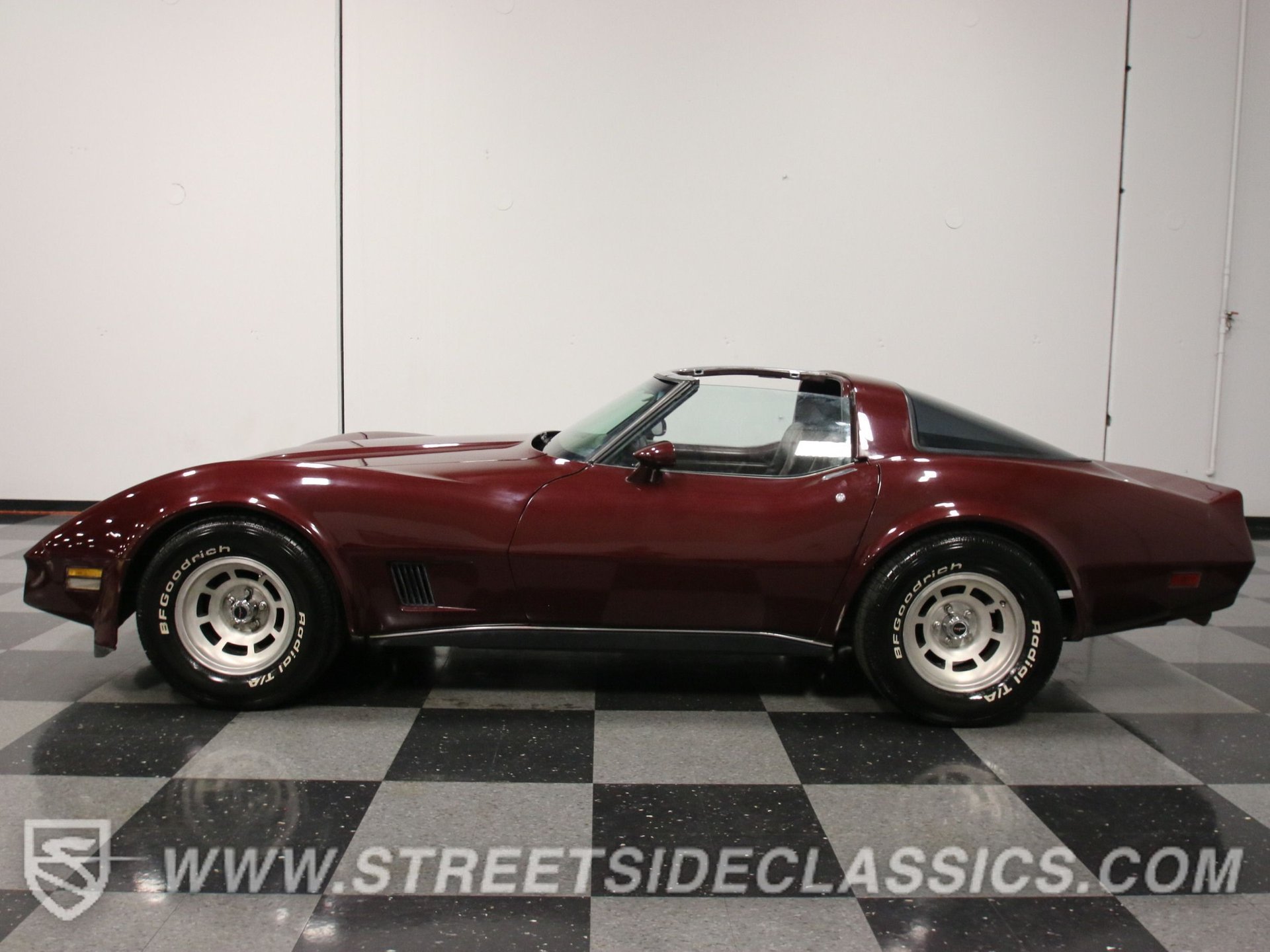