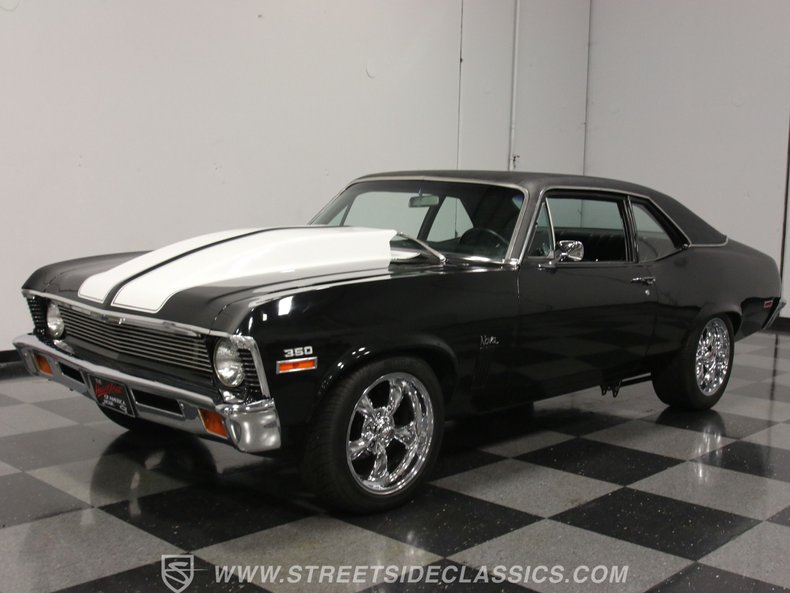 It's no secret that we're fans of sleepers here at Streetside Classics. You know, those cars that carry big horsepower in an unassuming package designed to catch their prey asleep at the wheel. Chevy Novas have always been popular candidates, with a vast majority of them carrying mild six-cylinder engines and living the lives of grocery-getters for grandma. They're also lightweight, and taking weight out is like putting horsepower in.

But this 1970 Chevrolet Nova ain't no sleeper.

Instead, it's one of the coolest compact Chevys we've ever featured, a brilliantly executed resto-mod that puts its performance credentials out in the open where everyone can see them. With this nasty black coupe, you'll have all the attention you could ever want, and the performance to back up the car's awesome good looks. Bodywork is expertly done, and this is one of the straightest Novas we've ever featured. The car was clearly disassembled for the paint work, because there's no trace of the original finish anywhere. An oversized cowl-induction hood was installed, and it looks great on the Nova's chunky body. Using two-stage urethane, they were able to spray those white SS-style stripes and get them under the clear for a seamless look. The chrome is nicely finished, and despite the resto-mod aspects of the car, the body is completely stock and the bright work is as the factory intended. Sometimes real talent lies in what you don't change as much as in what you do.

The all-black interior features modern low-back buckets that fit in perfectly with the Nova's performance attitude. Despite the upgrades, lightweight was definitely a consideration during the build, and things like a center console were left out, and the trick shifter with a cue ball knob does look awfully butch sticking out of the transmission tunnel like that. The basic original gauges have been augmented by Auto Meter mechanical temperature and oil pressure gauges under the dash and a column-mounted tach with shift light. Door panels, the dash pad, and the headliner are probably original yet are holding up well with only minor signs of age. An AM/FM/cassette head unit has been installed in the original location, and it drives a set of 6x9 speakers and tweeters on the rear package shelf.

Lift up that cowl induction hood and you'll find a sparkling engine bay full of small block Chevy V8. Built using all the good stuff, this is no stock motor with some dress up parts, this is a 383 cubic inch street brawler ready for action. Under that chrome air cleaner is a Quick Fuel 4-barrel carb atop an Edelbrock intake manifold, a combination that's been winning races for decades. The block has been painted black and the heads are raw aluminum, because a car like this isn't about keeping secrets. A set of long-tube Hooker headers feed a true dual exhaust system with Flowmaster mufflers and turn-downs just ahead of the rear axle. Underneath, you'll find clean floors, a built TH350 3-speed automatic transmission, and a heavy-duty Ford 9-inch rear with 3.12 gears inside. The finishing touch are those gorgeous Torque Thrust-style wheels with 225/45/17 front and 255/50/17 rear performance radials.

Somebody sank a lot of money into this car and it shows. Detailing is very good, and the overall finish will attract a lot of attention at shows and on the street. So maybe sneaking around with dog dish hubcaps and a mouse gray paint job is overrated. Who wouldn't want to be seen in a car like this? Call today! 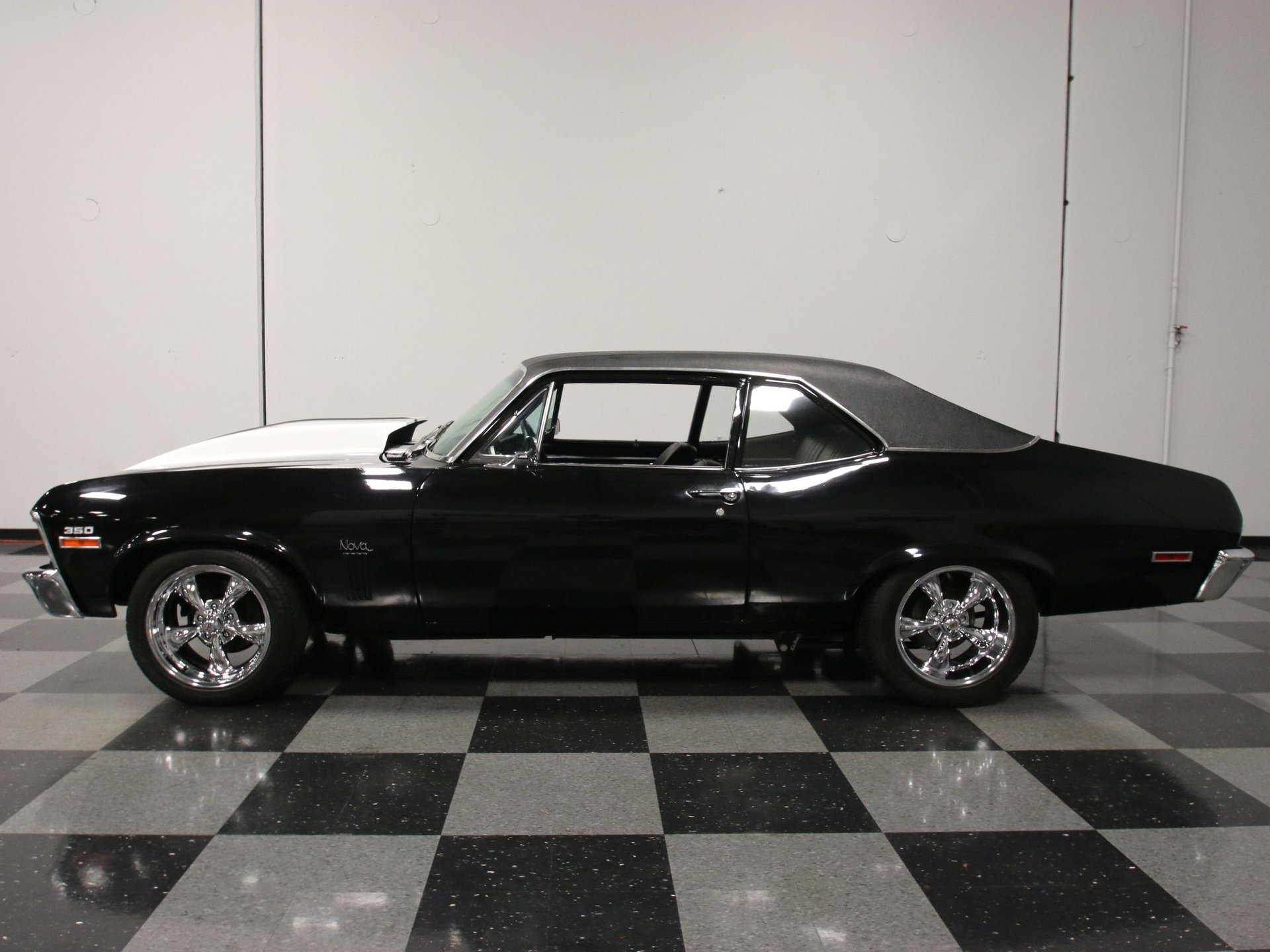