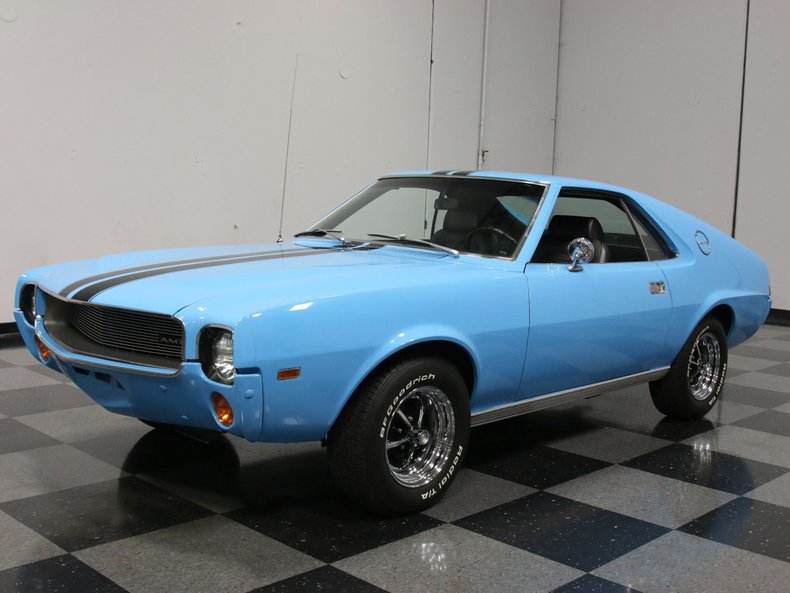 American Motors was always the company that dared to be different. Even at the height of the muscle car era when 4-seaters were selling as quickly as Ford, GM, and Chrysler could make them, AMC decided the time was right for a 2-seat pony car. The result was the AMX, and this 1969 AMC AMX with the Go Pack, is the one to own if you're a serious collector. Restored recently and to a high level, with the receipts and pictures to back it up, this Big Bad Blue beast may be the coolest car you'll see in our current inventory.

There were notably few 343 V8/4-speed AMXs built with the Go Pack, making this one of the rarer muscle cars of the era. This one is date-correct, and likely the original drivetrain, although AMC didn't stamp VIN's on blocks in this era, so it's impossible to 100% know. Either way, the powertrain was recently rebuilt, and this AMX runs and drives like new. And what is the Go Pack? In 1969, it included a list of durability and handling upgrades including a special handling package, heavy-duty cooling, and a limited slip rear end, plus the upgraded engine and requisite stripes. This gorgeous AMX, finished in it's original and correct code 2A Big Bad Blue, is flashy and will likely inspire more than a few "Hey, what's that?" questions at gas stations and stop lights. Fortunately, it has been so well restored, there will be no excuses needed. The unique sheetmetal is very straight, the light blue paint will make your eyeballs vibrate, and the two parallel racing stripes are straight enough for engineering work. The AMX was all about form following function with a shortened Javelin platform and bespoke bodywork from the A-pillar back. The fastback looks like a coiled spring, and the wide rear end is unmistakable for anything else on the road (provided you know what an AMX is). Bright work is in excellent condition, the AMX emblems on the sail panels are nicely rendered, and if there's a car ready to win hearts for America's last independent auto maker, this is it.

At first glance, the interior may seem black, but it's actually code 931 charcoal gray (the car originally had a code 936 Saddle Tan interior). The 2-seat platform was probably an answer to a question that nobody was asking in 1969, but it gave the AMX a unique position in the market and there's no arguing that sliding into any powerful 2-seater is a thrilling experience. The instruments are housed in deep, round pods directly ahead of the driver, including a 6000 RPM tach, and there's a tilt steering column that's got to be ultra-rare. Overall, the interior is nicely finished, with a blend of old and new to create a fun driving environment. And for cargo, there's no muscle car as versatile as this with its large rear area and full-sized trunk, which also carries a unique space saver spare.

The 343 cubic inch V8 was the mid-range offering in the AMX, offering a good low-end punch with a predilection for revs. Linked to a 4-speed manual, it's a rare combination, even for the unusual AMX, with only 843 being built, and thanks to the lightweight body and trim proportions, performance is explosive. The engine bay is nicely finished to stock specifications, with AMC turquoise paint on the block and a few chrome dress-up items to add interest. It starts easily and runs better than you remember, and the stout V8 sounds amazing through the new dual exhaust system. The entire undercarriage is neatly finished with a lot of new parts and classic Magnum 500 wheels wear 215/70/14 BFG radials that look great.

The AMX seems to be gaining some traction in the market, so if you've been eyeing one, now's the time to buy and this is the one to own.. Call now! 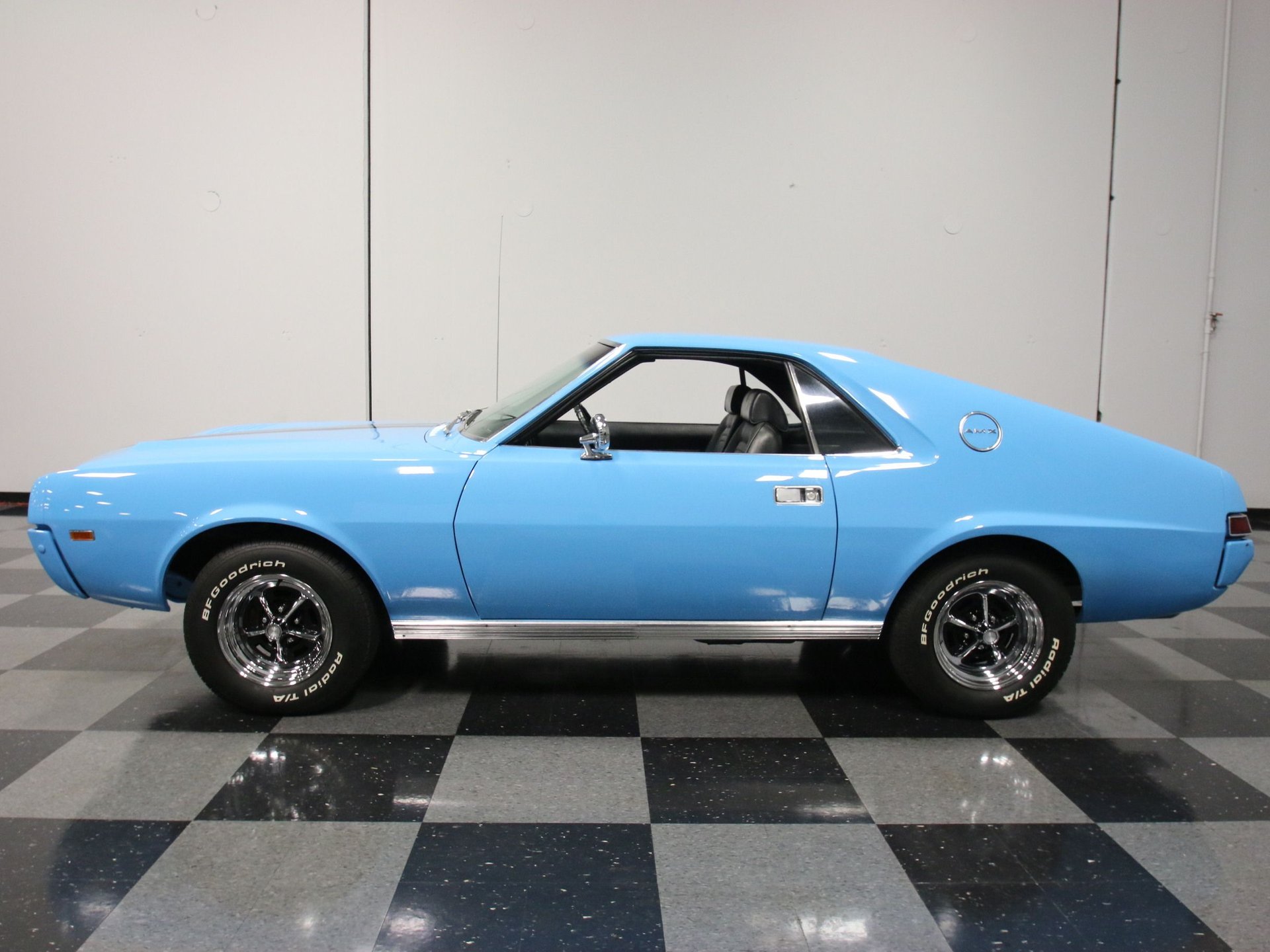