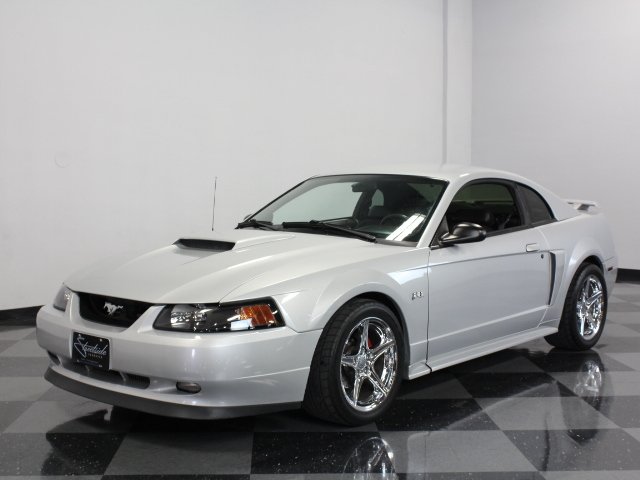 If you want to go fast on a budget, the name of the game is Mustang. This 2002 Mustang GT is full of hardcore components that probably cost more than the entire car, and it has been professionally built and tuned by some of the most respected names in the business. If you're looking for a reliable, powerful, fully sorted street/strip Mustang, you'll be hard-pressed to find a bigger bang for the buck anywhere else.

OK, so even in silver, this GT isn't exactly subtle. Although the body is unmodified save for some custom 4.6 badges, there's no doubt this pony has been eating its Wheaties. Fortunately, even though it's been pumped up under the skin, someone took exceptionally good care of its sheetmetal as well, and it shows few signs of age. The factory paint is still clear and bright, the front fascia hasn't been scuffed and nicked on the highway, and it still wears its factory-issued hood, which is a genuine rarity in this age of cheap fiberglass. Obviously someone really cared about this car, and despite the massive horsepower factory under the hood, it has not been abused. The headlights are still crystal clear, the taillights are bright, and all the black trim shows no UV damage, even though this car hails from warm, sunny Texas. It looks great!

Inside, there was little to improve, as the GT comes with supportive bucket seats. These are wrapped in black leather that shows minor comfort marks but no damage or other issues, again indicative of a caring owner. GTs were loaded with equipment, including A/C, power windows, locks, and mirrors, plus goodies like cruise control and a tilt wheel. Upgrades include white-faced gauges plus a trio of auxiliary gauges mounted on the A-pillar, including a wide-band air-fuel ratio monitor, boost, and coolant temperature gauges from Auto Meter. A Pioneer AM/FM/CD stereo with remote and USB/iPod interface takes the place of the factory unit, and the trunk is filled with a rear-mounted battery that both improves weight distribution and makes way for the blower up front.

The blower in question is a Vortech V2 T-trim that puffs into a fully rebuilt 4.6 liter OHC V8. Filled with forged internals, this engine was built for boost in 2012 by Modular Mustang Racing. It includes Ford PI heads, a Dragon plenum, and a 75mm throttle body up top, with BBK headers, a Bassani X-pipe and an SLP Loudmouth exhaust system. The blower was rebuilt by Vortech in March of 2013 and augmented with a Paxton intercooler, Anderson 4-inch boost pipe, and 42-pound injectors. Then it was all tuned by Mike Murillo to make more than 400 horsepower at the rear wheels and to produce a torque curve as flat as Kansas. A new Spec Stage 3 clutch links it to the 5-speed manual, and with 4.10 gears out back, this pony rears up and moves when you prod it. An Eibach lowering kit, subframe connectors, and UPR control arms help plant the horsepower properly, and those 17-inch Saleen rims simply look spectacular.

Looking at the list of components, it's like buying all the good stuff from your favorite catalog and getting the car for free. But then again, Mustangs have always been about big power and small prices. Call today! 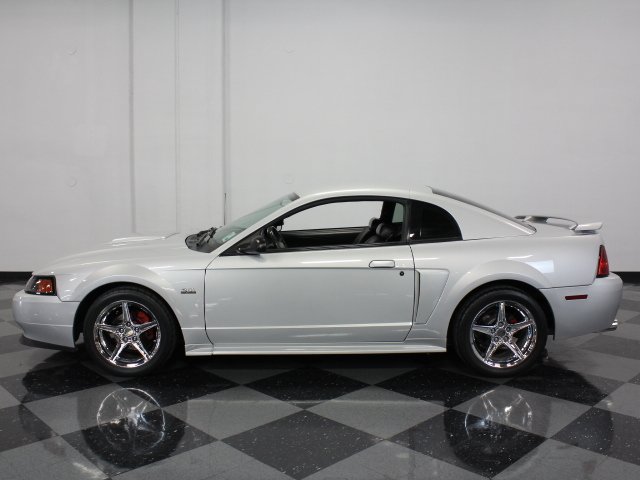