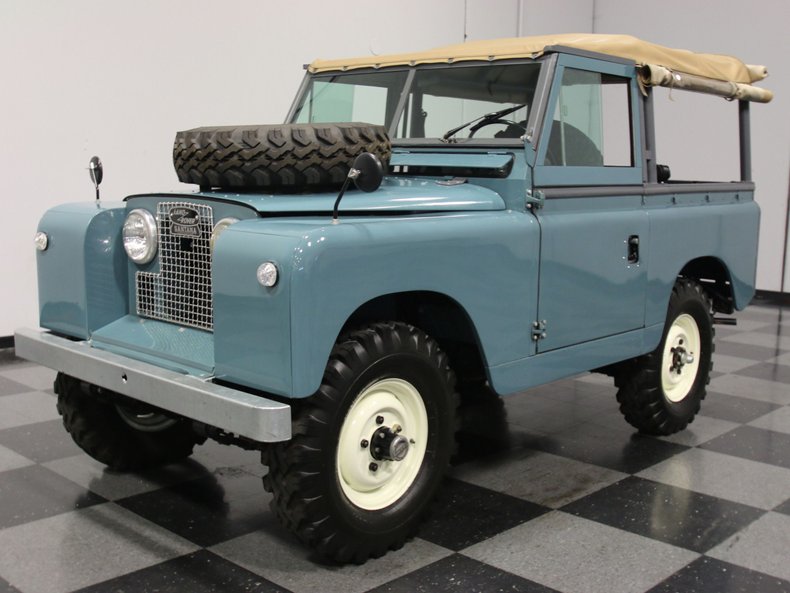 If you travel to the most remote, hostile places on earth, this 1962 Land Rover Series IIA is probably how you'll get there. Famous for going where other vehicles fear to tread, the brutally simple and utterly reliable Land Rover is your best bet when you're miles from civilization.

Nothing says adventure like that canvas top and slab-sided bodywork. Iconic? Yep. Every safari show you've ever watched has one of these in the background, right? So you know what we're talking about here. But what you may not know is that not all Land Rovers were bashed to death in some jungle adventure. This one's aluminum flanks (yes, they were all made of aluminum to save weight) are in excellent condition, showing no signs of off-road abuse or being battered by an angry rhinoceros. It spent most of its life in South America (yes, we know there are no rhinoceroses in South America) but was imported to the US and treated to a major freshening befitting its rapidly increasing value. The Series II kept the headlights in their traditional center grille location, giving it that distinctive look that has been famous around the world for decades. The paint is a proper gray/blue that neatly reproduces the original stuff, which was army surplus stuff they had laying around after World War II. It shows a few signs of use, but then again, a Land Rover without a few battle scars is like a 5-star general without any medals.

Inside, accommodations are spartan because luxury was a luxury you couldn't afford in the middle of nowhere. Reliability was paramount, and as a result, the interiors were made of durable, easy-to-maintain materials that would wear like iron. All the necessities are there, including a wide front bench that'll carry three across and a full array of instruments that are as close to universal as you're going to find. It's basic, don't get me wrong, so don't get in expecting a plush Range Rover experience, but if you're a fan of adventure and going places without roads, you'll definitely appreciate the no-nonsense approach. The entire interior has been restored to factory specs, including the gauges with a speedometer that reads in KPH, befitting its overseas mission. The rear compartment will accommodate perhaps six passengers or a ton of cargo, and shows light wear, but it's definitely ready for more fun. Even the canvas roof remains in great shape, having never been baked in the desert sun and it includes roll-up side curtains for the cargo area.

The 2.3 liter engine won't win any drag races, but for rock climbing and severe duty, it's all about durability and gearing, and this engine excels. It's also relatively efficient and easy to service under all conditions. This truck shows just 1760 KM since it was restored, so it's barely broken in yet and looks great with all its heavy-duty filters and giant brass radiator up front. The 4-speed manual is easy to use, and the 4-wheel-drive system is arguably the world's best, giving the Land Rover the traction of a mountain goat. The frame is grossly over-built and the original hardware remains intact to give you the genuine experience, all restored to a very high standard. Even the factory-issue steel wheels wear tall, skinny off-roading tires and not fat modern radials, capturing the look perfectly.

Clean Land Rovers are none too easy to find, and if adventure is your game, this is your ride. Call today! 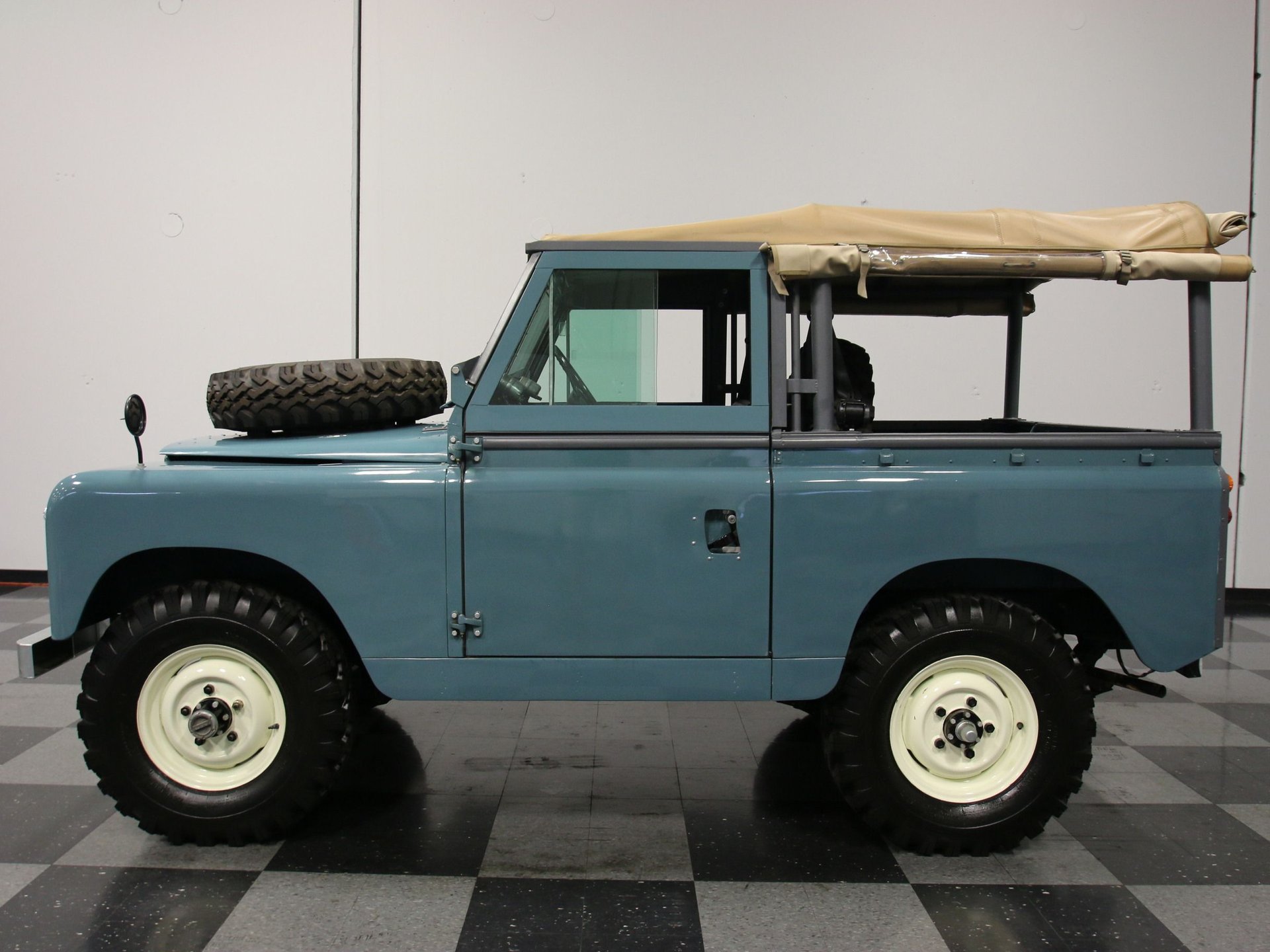