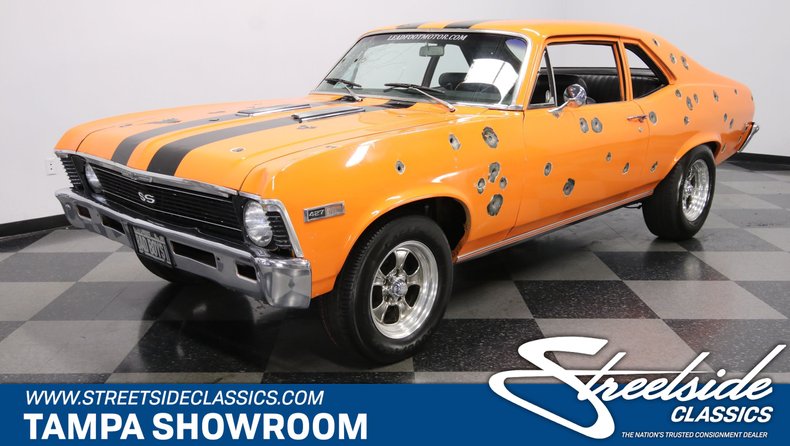 383 STROKER, POWER STEERING, GREAT SOUND, ONE OF A KIND PIECE OF MOVIE HISTORY!

The simulated bullet holes are a dead giveaway that this was used for something epic. This 1971 Chevrolet Nova was part of a pivotal chase scene for the movie Bad Boys II. And while it looks like the good guys won this round, this Nova still has the kind of strong V8 power for plenty of mischief today.

We can't describe the paint and body in normal classic car terms. After all, there are dents, missing glass, and holes down to bare metal. But every distinct "incident" tells the larger story of this car's part in Hollywood magic. Production teams don't actually shoot a car with bullets, but they do know how to make real holes that look like Will Smith and Martin Lawrence hit their target. More than just movie fame, this one has a cool looks of Super Sport with the SS grille, badging, and dual racing stripes. And the bright 15-inch American Racing wheels have extra meaty rear rubber to give this the proper stance of a muscle machine.

Just like the exterior, the interior is more about going behind the scenes. You have complete seating, but you'll also spot pieces that were altered or deleted depending on the need on-camera. And while most of the interior shots used a different car, this one was prepped to make sure it's a proper driver. That's why you have features like a grippy sports steering wheel, power steering, and an auxiliary gauge trio mounted under the dash.

In the movie, this Nova is being chased by a Ferrari. So in real life, this has some nice V8 power to really move. It's a hardy Chevy small block believed to be a 383 stroker. It's upgraded with a Holley four-barrel carburetor, Edelbrock Victor Jr intake, and Patriot aluminum heads. There are even nice supporting pieces, like an MSD ignition and an Optima red top battery mounted in the trunk. The wrapped long tube headers add even more power while feeding the X-pipe dual exhaust. There are no over-axle bends or big mufflers, so this V8 gets to exhale quite freely with authority.

This is a cool piece of movie car history with some genuine muscle behind it. So if you're looking for the most distinct V8 Nova around, it's hard to beat this deal. Call today!!! 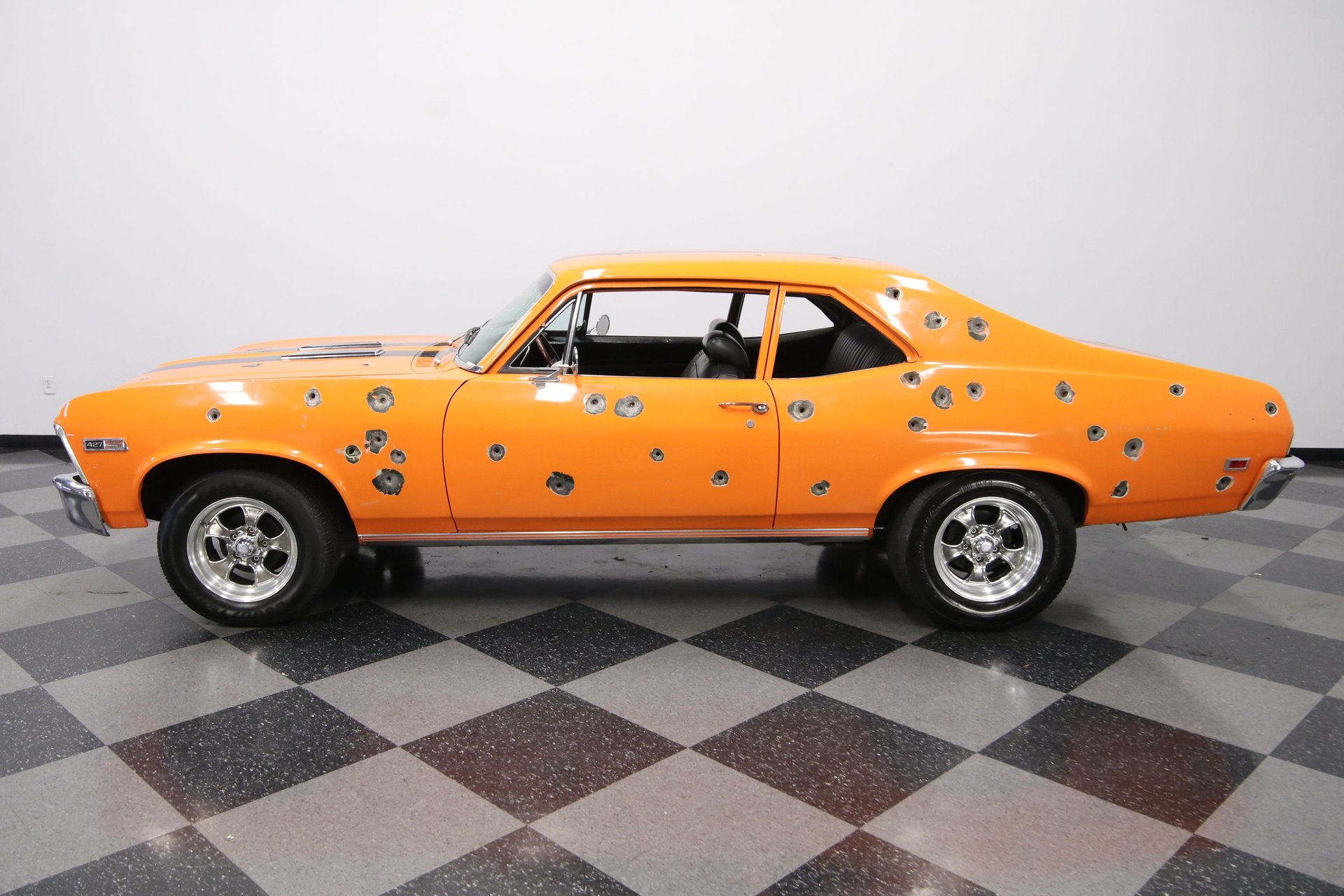