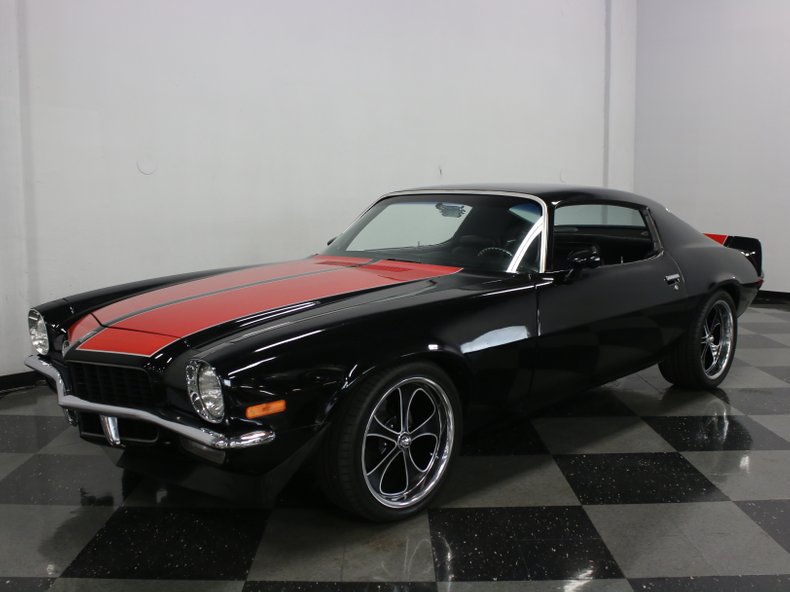 The all-new 1970 Camaro debuted to rave reviews about its aggressive looks and vastly improved ride and handling. A no-compromises car, Chevy engineers held it back until February of 1970, halfway through the model year, just to make sure they got it right. This particular 1970 Chevrolet Camaro offers great bodywork, a handsome interior, and plenty of horsepower to back it up. As far as second-generation Camaros go, this is a lot of car for the money.

Camaros can't get away with shortcuts in the bodywork, simply because so many people love them, and this Camaro looks amazing with a nasty black body and bright red SS stripes. Prep was carefully done, and the paint was obviously laid down by pros, because it's deep and lustrous and there are no waves in the sheetmetal underneath. They kept it stock on the outside, without even adding a cowl-induction hood, and it's nice to see that they didn't even try to dress it up as a fake RS, but kept the stock bumper and grille assembly. The wide red stripes are a cool twist on the original and you can't argue with the effect. The rear spoiler is the optional COPO 9796 3-piece unit borrowed from the Trans Am, although only 500 or so Camaros were so equipped before it became standard equipment in mid-1971.

The new interior for 1970 Camaros was a big improvement, too, with deeply sculpted high back buckets and a much more driver-oriented cockpit design. Dressed in black vinyl, the interior of this Camaro was refreshed several years ago and still looks great today. The seats show very little wear, the door panels are nicely done and show no cracks, and the carpets are excellent thanks to the protection of some embroidered floor mats. The center console houses a trick horseshoe shifter, and just ahead is a JVC AM/FM/CD stereo head unit that sounds pretty darned good. That original steering wheel wasn't all that flashy, so it now has a billet 3-spoke unit that looks exactly right in the Camaro's passenger compartment, and nicely frames the factory gauges. The trunk is quite clean, needing only a new mat to look factory-correct.

Power comes from a 350 cubic inch small block that has been built to drive and properly maintained since the car was completed. Chevy Orange stands out in the all black engine bay, although it's pretty buried in there thanks to the lower cowl and hood line of the 1970s models. An Edelbrock intake manifold lives up top along with a matching 4-barrel carburetor and chrome air cleaner. There's an electronic ignition system ensuring that every bit of power is extracted from the air/fuel mixture, and it exhales through a set of full-length headers. For a little extra flash under the hood, there's a pair of polished aluminum valve covers, but otherwise it pretty much sticks to the original recipe. Underneath, there's a TH350 3-speed automatic transmission and a 10-bolt rear end, and the original suspension and power disc brakes manage the road. It wears a set of very cool Ridler wheels and staggered 235/40/18 front and 285/35/18 rear performance radials.

With values that are lagging behind their first-generation siblings, 1970 Camaros represent a lot of bang for the buck. Nicely built and well maintained, this Camaro is a turn-key car with an awesome look that shows well. Call today! 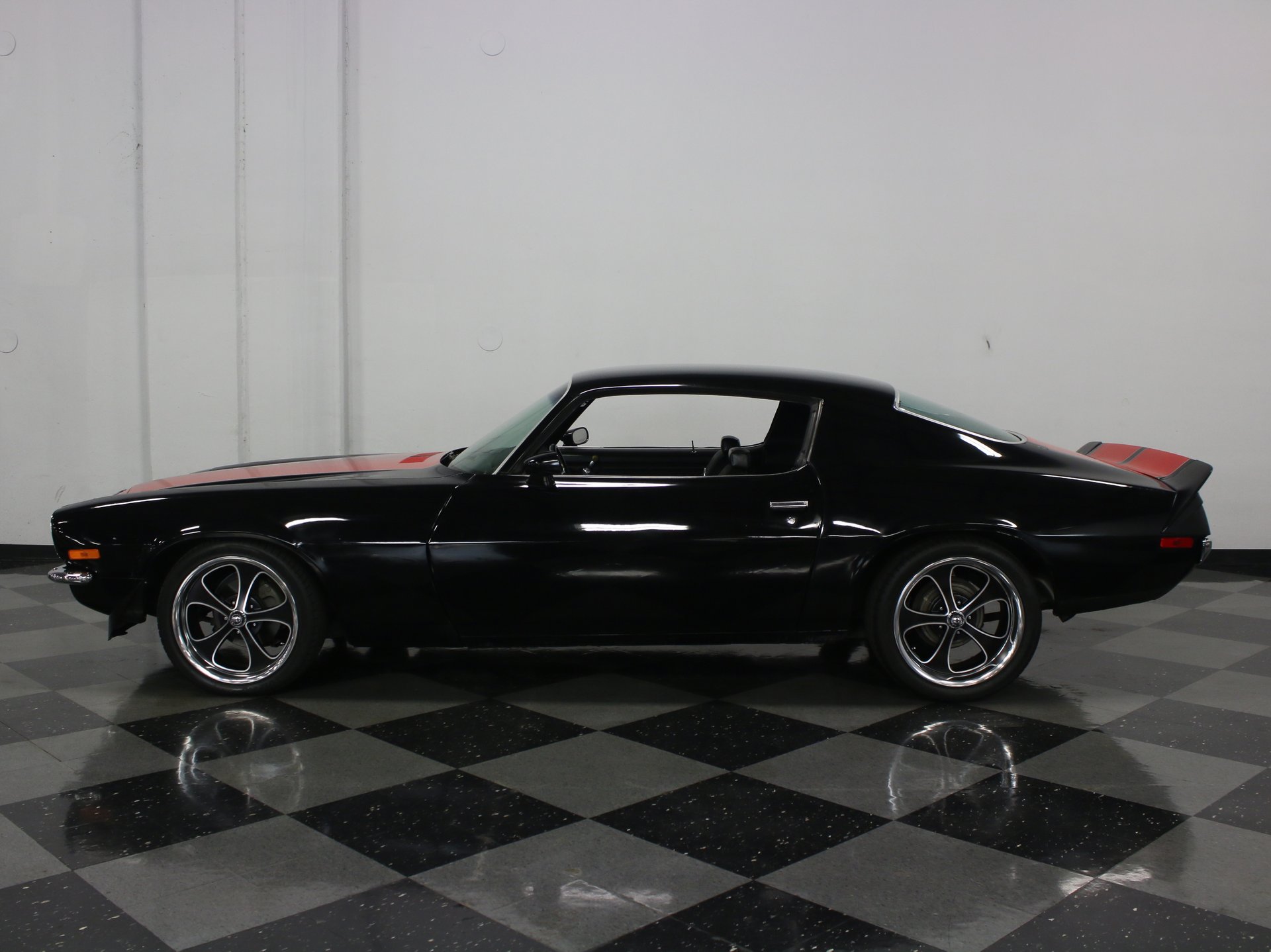