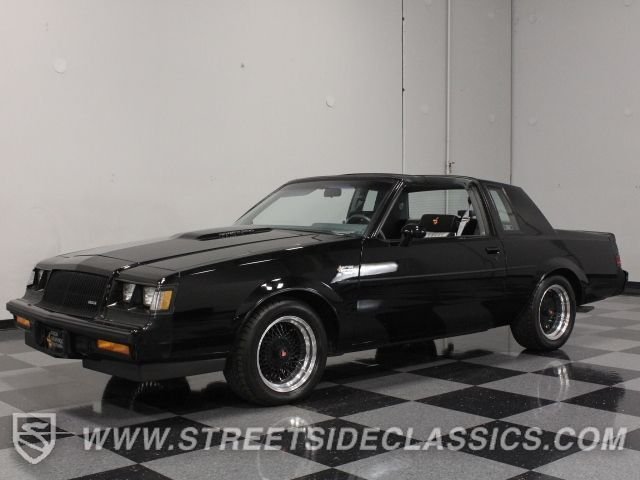 The Buick Grand National was a revolution in its day and still legendary nearly 30 years later. Nobody expected staid old Buick to roll out what was ultimately the fastest American car on the streets, nor did they expect it to look like it was released from the pits of Hell dressed in soul-collecting black. Yet they did and there are still whispers about it in the halls of General Motors where they talk about the rebirth of Buick and how to get some of this Grand National mojo back into the showrooms.

With just 15,965 original miles, Grand Nationals don't get much cleaner than this 1987 example. It's wearing factory black paint, which for 1987, looks pretty impressive and shows the glossy finish that only comes from lots of hand buffing over the years. Everything on the car is, of course, black, from the bumpers and grille to the taillight surrounds, and it's all immaculately preserved. All the GN details stand out in sharp relief, including the bulging hood that signifies turbocharged power underneath and a fairly subtle deck lid spoiler that could have (and maybe should have) been much wilder. Factory T-tops are a welcome option, making this a truly fun car to drive on sunny days, and the seals on them are in excellent shape. All the original badges, side moldings, and other GN-specific details are nicely preserved, making this a car that's ready for preservation-class judging and will wow crowds at the local cruise night.

All Grand Nationals got the same two-tone bucket seat interior, complete with a center console. As a top-of-the-line car, everything was standard, from power windows and locks to A/C to a decent-sounding AM/FM/cassette stereo system. The gauges are standard GM luxo-coupe fare, but Buick designers managed to shove a tachometer in the lower right-hand corner, which seems kind of anachronistic in a cluster where the 55 MPH speed limit is highlighted in orange. The seats, carpets, dash pad, and headliner are all in virtually new condition and even the door panels show minimal signs of use. There's comfort inside for four, five if the guy in the middle is short, and a big trunk that'll carry a week's worth of gear for all of them. Note that it still carries its original space-saver spare that's never been used, as well as a full jack assembly.

The 3.8-liter turbocharged V6 really needs no introduction. Under-rated by GM to keep it under the Corvette, it's still a legitimate threat on the street, even with production cars carrying 400+ horsepower. Insanely easy to modify for massive horsepower, the owner of this one has somehow managed to avoid the siren's call of more boost and kept everything stock. Given the over-built nature of these engines, that's good news for future owners and reliability, and it starts and drives like a new car. The 200-4R 4-speed automatic overdrive transmission is the perfect complement to the torquey turbo motor, snapping off downshifts just in time for full boost to hit the pistons. 3.42 gears are a good compromise between performance and cruising comfort and while the suspension has a few handling upgrades, it is still a Buick underneath, so it's also comfortable. The black mesh wheels emulate the GNX look and carry newer BFG radials, but the original wheels are included with the car.

It's still fast and still looks nasty. With low miles and in unmodified condition, this Grand National is an apex predator looking for new prey. Call today! 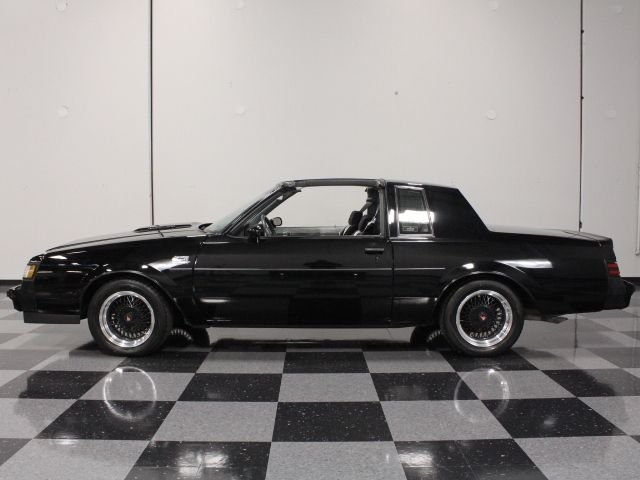