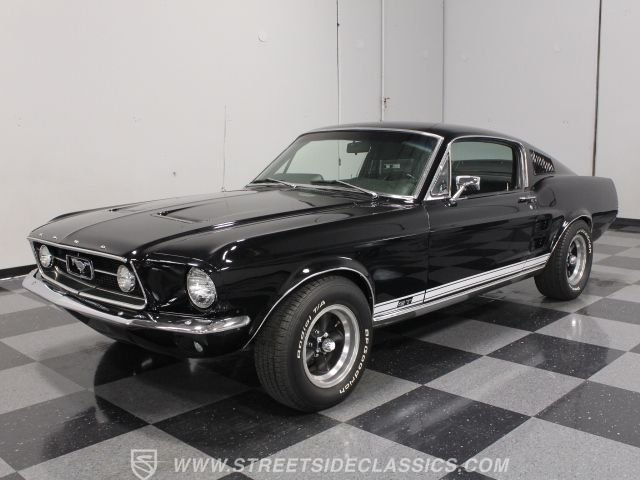 When Ford redesigned the 1967 Mustang, the only goal was to be able to slide a big block between the shock towers. Well, this gorgeous GT fastback takes that concept to its logical conclusion: a thundering 427 cubic inch V8 with dual quads up top. Ford and Shelby might have snuck a few of these out the door, but if you want one that you can actually afford, well, here it is!

Now, you can skip ahead and read all about that wondrous tunnel-ram 427, but you'll miss the part about just how nice the rest of this car truly is. When you're using such a special and wildly valuable engine, you don't cut corners, so this fastback has been restored from the ground up. Using black paint means that extra time is required to get everything just right, and when you do it properly, the results are as dazzling as the photos suggest. Smooth flanks, nice gaps, and a two-stage urethane shine that's hard to beat make this a car that's both subtle and spectacular. GT stripes were added along the rockers, and there is a set of fog lamps set into the grille, but otherwise there's no advertising going on here. The chrome and stainless shines up beautifully and the car just looks right no matter which way you look at it.

The goal of building a stock-looking Mustang with incredible horsepower extends inside, where the basic black upholstery is in excellent condition but doesn't deviate too far from the factory spec. Most everything is recently restored, including the seat covers, door panels, and carpets, and since this one was built to dominate on the street, they went light on power options. There's a center console framing the 4-speed shifter and a factory AM radio in the dash, but otherwise the 427 does all the entertaining. The rear seat is an optional folding unit so cargo space is impressive and they obviously went the extra mile to get all the little things right, from the elaborate C-pillar trim to the courtesy lights. Most of the interior and the trunk have been lined with sound-deadening material, so the car is comfortable and stays cool on hot days.

OK, the real reason you're here is the 427 under the hood, and who can blame you? The block was borrowed from an early 60's Galaxy, and it's still running its standard bore, so it's clean! The heads are C70E 6090K units and things are topped by an aftermarket dual quad intake. A Competition Cams valvetrain, including custom valves by Dover Cylinder head and Smith Brothers pushrods handles the airflow, while long-tube headers and Flowmaster mufflers manage the exhaust. It's dressed up in Cobra accessories and chrome "Power by Ford" valve covers, as well as Ford Blue engine enamel that looks great. A 4-speed manual gearbox and a 9-inch rear mean you won't be breaking this brute, and there are air shocks out back to fine-tune the launch. Handsome 14-inch American Racing wheels with black centers add a sinister look, especially with staggered BFG radials.

A legendary motor in a legendary car makes for one heck of a thrill ride. It's not matching-numbers, but it's not six figures, either, and if you want to draw a crowd, nothing does it like a 427. Call today! 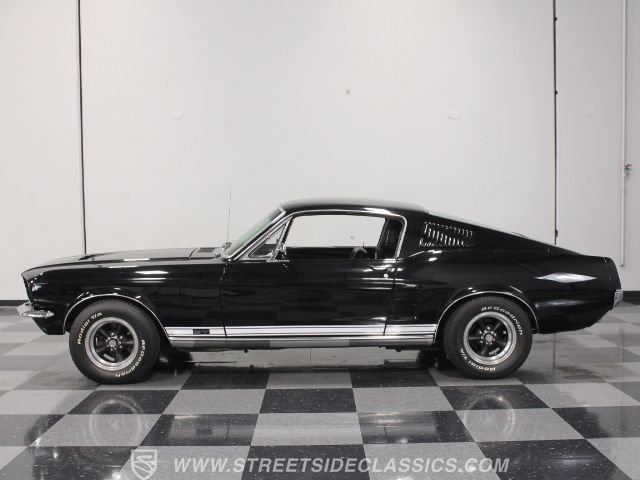