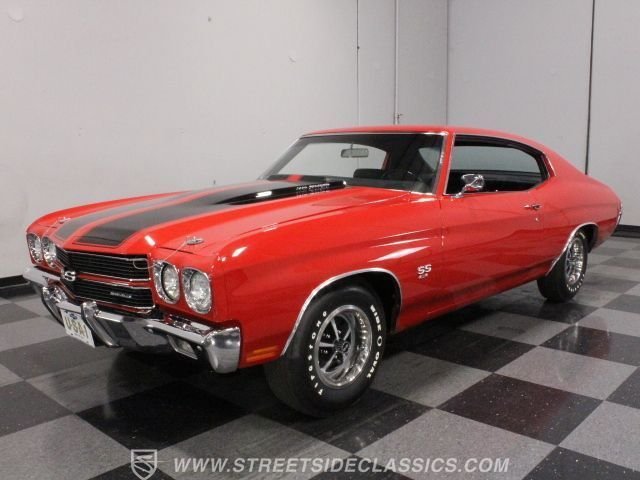 I'm pretty sure the 1970 Chevelle SS with the LS6 big block is the king of the muscle cars. This exceptional example offers a show-quality restoration and, it is extremely accurate down to the smallest detail. We're calling it a tribute, but if you're looking for the most accurate LS6 around, no need to look any further.

Obviously the tricky thing about investment-grade muscle is that the great ones are fairly easy to replicate, so we're making it clear that while this car looks and acts like a genuine LS6, we can't prove it is the real deal (we can't prove it's not, either, for whatever that's worth). But none of that matters in the face of a truly spectacular restoration to original specs and every last detail is exacting. It's either the work of skilled craftsmen or a brilliant lunatic who documented every correct piece, stockpiled a bunch of them, and installed them on this ultra-clean shell. The code 75 Cranberry Red finish is correct for this particular car and rendered so beautifully that this is one of those cars that we have to say is almost too nice to drive. The white stripes are correct and show sharp edges which means careful workmanship, and all the correct SS nomenclature is on the car. Like I said, someone did their homework here.

Inside, it's also been restored according to the cowl tag, which means a very unusual bench seat with a 4-speed manual gearbox. Yes, you could order your SS with a bench and I'd wager that it's a lot more rare this way. It also lends credence to the idea that this is a real LS6 SS simply because, well, if I were building a fake I'd put buckets in it like everyone else because it would add value, but if it was real I'd do it the way the factory specified. Anyway, the seats, carpets, and headliner are all new and correct reproductions, but it's possible that the door panels are original and in outstanding condition. The round gauges that signify the SS package include a factory tach, the 4-speed has a Hurst shifter, and the original AM/FM radio's in the dash. The trunk is decked out with a correct mat and spare tire cover, not to mention the spatter-finish paint underneath.

But the real reason this Chevelle is special is the LS6 under the hood. The biggest of the big blocks, the nastiest of the nasty, it towers over the rest with horsepower. Rebuilt to stock specs (is there really any need for "upgrades?"), it actually seems quite street-friendly, although the big cam gives it a wonderful loping idle and it pulls like a freight train in all four gears. This block is actually a LS6 factory-warranty block according to the decode, giving it some additional prominence that adds to the mystique. It's also insanely well-detailed, as even the littlest stuff has been accurately reproduced. Check out the reproduction heater hoses, the decals on the air cleaners, and the bare iron exhaust manifolds leading to a correct chambered exhaust system. OK, so the chassis is probably light years nicer than any original car ever was, but that also means that this car can compete at any level and win! Even the factory SS wheels are correctly shod with reproduction G70-14 Firestone Wide Ovals for a period-perfect look.

So it's up to you to decide-is it or isn't it? It's priced like a tribute, but everything else says LS6 in a big, bad way. Call now! 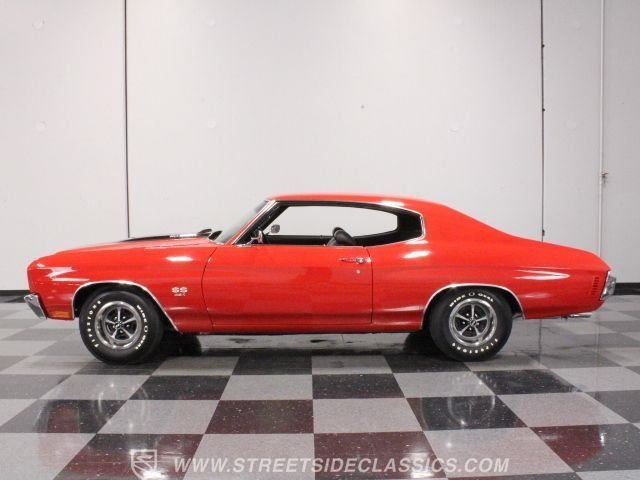