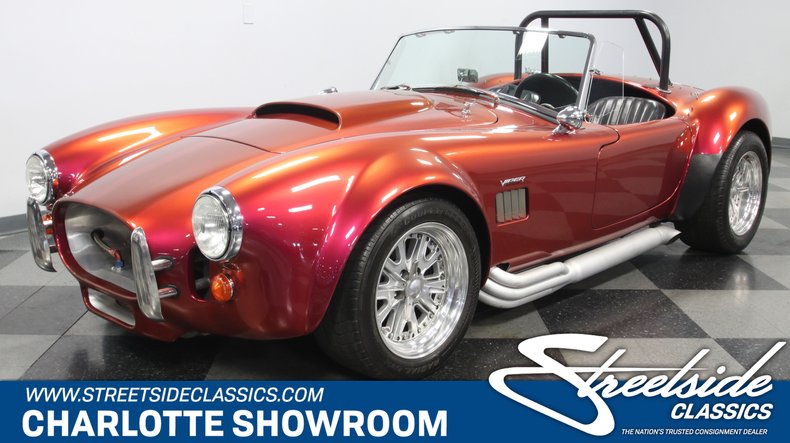 The Dodge Viper was the spiritual successor to the Shelby Cobra. Why is that the first thing we'd mention on this 1966 Shelby Cobra? Well, because beneath the awesome color-shifting exterior is the fuel-injected V10 heart of a Viper! Oh yes, this is a professionally-built show car that intertwines the two best snakes to ever hit the streets. That's why they call this one Double Venom.

While we'll get to the awesome performance in a moment, we also know you can't take your eyes off the Dupont Chromalusion paint. The color shifts with the angle of the light to showcase copper, sapphire, pink, or a few other tones. It's such a cool thing to have on a car like this, because these Cobras are full of rounded curves. So the car is always showing off multiple tones at once. And they're all unified under the uniform metallic shine and nice clearcoat luster. If you're really paying attention, you can even see that this Cobra was subtly given proper racing stripes, too! Few people would take this kind of time and money to get a car like this, but this one is special. It was used by a professional restoration and builder as a demonstration of their full ability. And because this was a showcase of skill, the details are right, too. So you get Halibrand-style wheels, nice side pipes, Lucas headlights, full roll bar, a quality body construction, and many more details that makes this one desirable for so much more than just the awesome paintwork.

Inside there are some fun custom touches, like door poppers and custom snake graphics. Still, nothing get in the way of this being a pure speed machine. You get the classic-style low-back bucket seats with racing harnesses. The Cobra steering wheel fees grippy in your hands, and the gearstick has been adapted to be just in the right place. And the dash is all about speedy business with toggle switches and white-faced crisp Steward Warner gauges.

You're going to love lifting the hood wherever you park this Cobra, because no one will expect to see the Viper's big red V10 where a Ford V8 usually is. The 8.0-liter fuel-injected powerhouse is a true force to be reckoned with, and the why the side pipes roar to life really reminds everyone of that. Plus, the Viper's six-speed manual transmission means you are in full control of this big power and thunderous soundtrack. This was used as a way to prove the shop's engineering ability so the suspension is a fully independent and fully adjustable custom setup. The front end has strong tubular control arms and the rear is a custom double wishbone. Add in those wide Cooper Cobra GTZ tires and four-wheel power disc brakes, and you have an awesome total package.

This is a very cool Cobra with a distinct Viper connection. Because we know you are curious, this car is titled as a 1966 model year. You're likely to have a difficult time finding another double snake-bitten performance machine out there, so you're likely looking at a very rare opportunity. Call now! 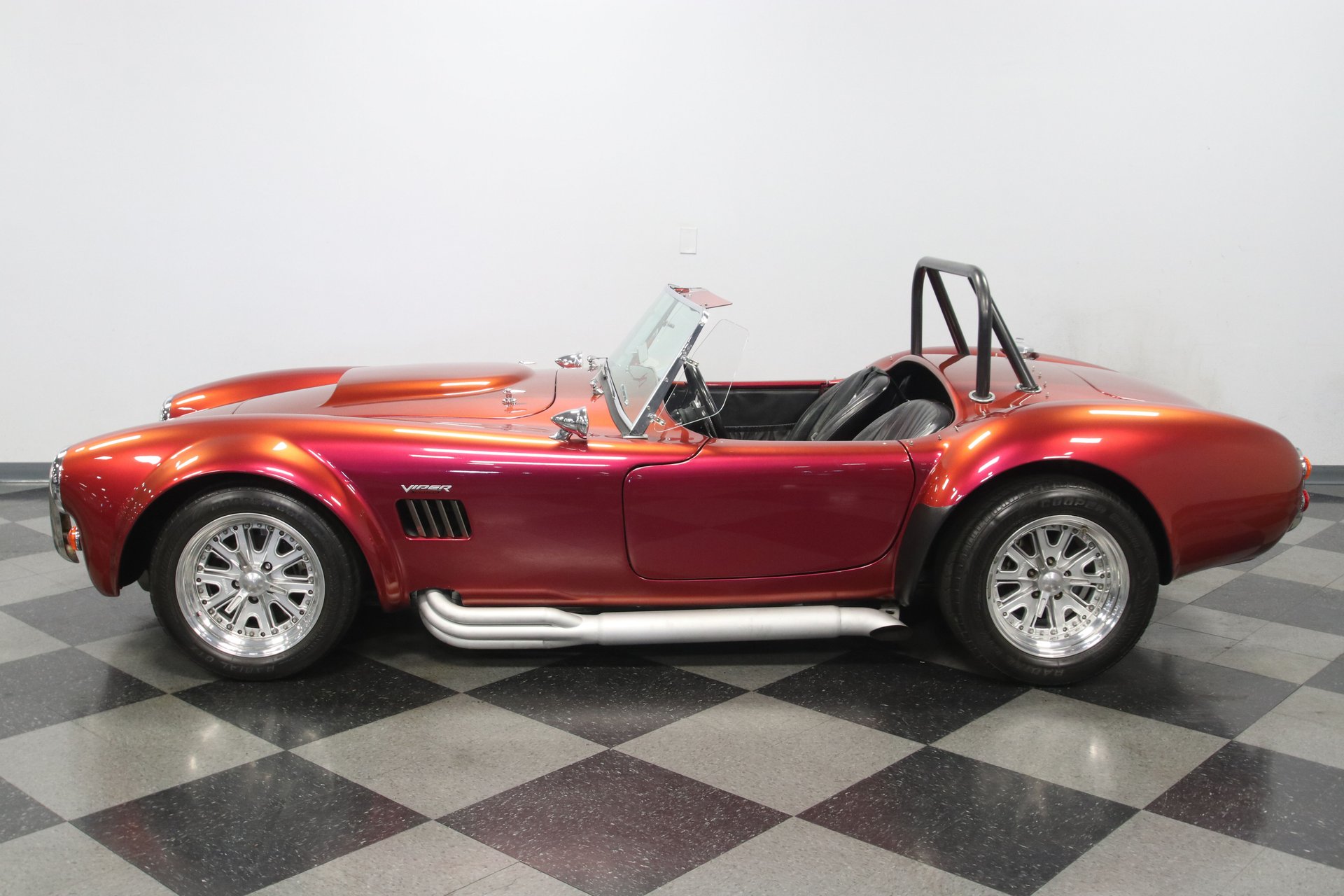