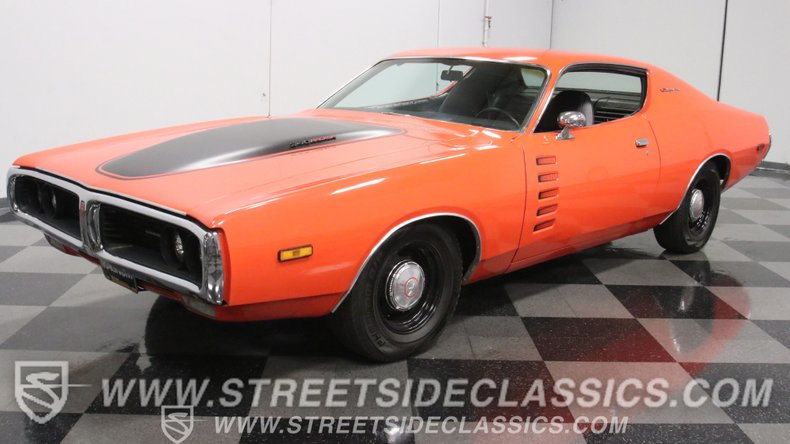 Although some guys will argue that the muscle car era ended in 1970, this 1972 Dodge Charger suggests otherwise. With dramatic "fuselage" styling, a great-running 340 under the hood (you know, the same one they used in the Challenger T/A), and a bucket seat interior, it's easy to make the argument that this nicely restored car has earned its muscle car stripes.

Any Mopar draped in dramatic "Hemi Orange" is going to attract attention, especially when the restoration is as comprehensive as this one seems to be. The new Charger styling has strong links to the earlier models, from the chrome-ringed nose to the almost full-width taillights, and with an all-new body, comfort took a great stride forward. It's rare for someone to spend big restoring one of these, but with values creeping up each year, there is a time in the not-too-distant future when it may seem like a bargain. That's why the bodywork still looks so good even after a few years, and while it's not perfect, it certainly does get some attention on the street. And I don't know where they found such beautifully preserved taillights, but everything is done better than you'd expect for a second-gen Challenger.

The interior should look familiar to any Mopar fan, with a pair of high-backed buckets, a Tuff wheel, and big, round gauges. Like the exterior, everything is in decent condition overall and they kept to the stock recipe for best results. Dodge continued with the separate round instruments, and this one includes a bunch of useful gauges instead of the usual idiot lights. The three-spoke steering wheel is pure 1970s kitch, and this one sports an unusual column shifter that seems anachronous in a muscle car but actually makes it pretty comfortable to use in the real world. Factory A/C is a nice feature (needs to be serviced) and in the trunk and you'll find a correct mat and exactly zero evidence this car has ever been rusty or wrecked because those are original quarter panels with factory undercoating inside.

Small blocks were the future of performance in 1972, and the 340 under the hood of this Charger delivers V8 performance with the mass of a big block wrecking the handling. As a result, these all-new Chargers are great cars on the road, with plenty of power and an attitude that actually makes you want to find a twisty road. You can see where the big money was spent on this car, with the 340 nicely detailed and ready to rock. Mopar Turquoise replaced Hemi Orange as the standard engine enamel, although the bright orange air cleaner assembly ties it all together. The factory A/C compressor still dominates the top of the engine compartment and both power steering and power front disc brakes are included. Underneath it's pretty original but the floors are in good order, there's a new Flowmaster exhaust system, and the gas tank looks recent. Blacked-out steel wheels with dog dish hubcaps and 235/70/15 blackwall radials offer a no-nonsense look that works quite well.

The market's always moving, and these Chargers are going to join their older siblings on the hot list very soon. Call today! 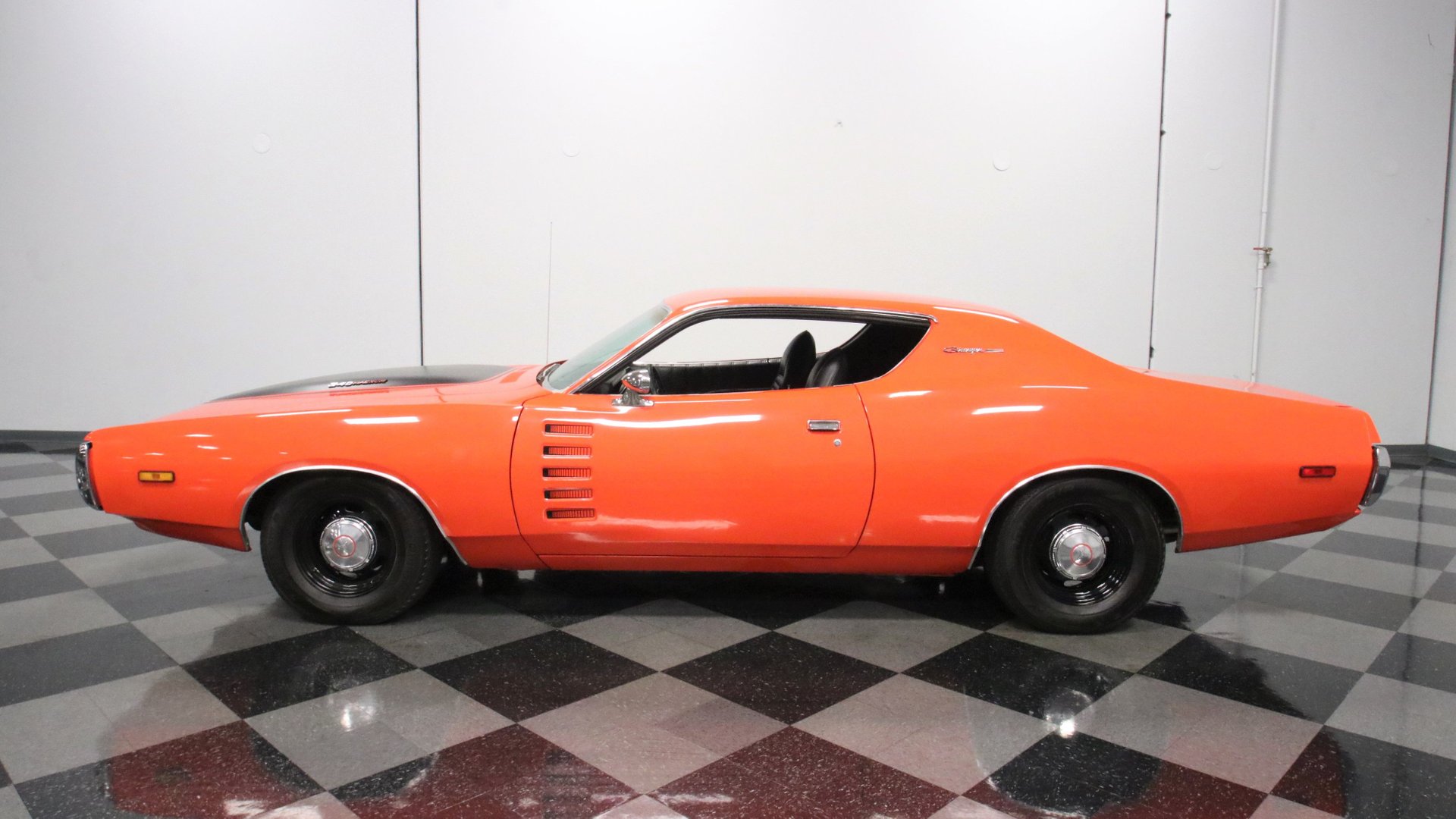