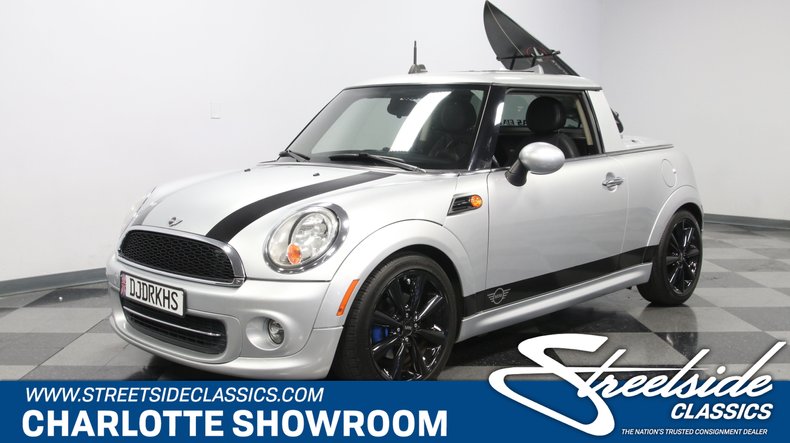 Coopers were built for fun, and this one maximizes it. It's a 2011 Mini Cooper Custom Pickup that has everything from a custom surf rack to a built-in fridge. So if you love bringing the party with you, this cool custom already has you hooked.

This Mini is a former Red Bull fleet vehicle that showed up to everywhere from college campuses to concerts. It had the special built-in refrigerator to make sure the beverages were nice and cold. So we know you're imagining how versatile this will be for everything from tailgating to a fishing trip. But this is more than just a cool fridge. The Red bull cars never looked this good. For starters, the black stripe package looks terrific against the factory Pure Silver. It's a well-coordinated package where the stripes are joined by the grille, side vents, rocker stripes, and black alloys to deliver a subtle two-tone treatment. And we know you've noticed how the custom surf board goes with this new color theme as it takes the place of the Red Bull can as part of the custom rack.

The black theme continues inside with a comfortable leatherette interior built for two. The great thing about these custom Red Bull machines is that while the exterior is custom, everything from the front seats forward remains as stock as possible inside. So you still get that unmistakable Mini feeling of a driver's car. You slip behind a grippy three-spoke factory wheel, and ahead of you is a large tach. In the center is the large speedometer reminiscent of the original Austin Mini. Below that, your AM/FM/CD/iPod stereo, air conditioning, cup holders, power windows, power locks, and other modern luxuries are on cool toggle switches. Plus, this custom roof also has an aftermarket sunroof. You even get the safety convenience of front airbags and anti-lock brakes. So it's a custom car with a lot of driver appeal.

The numbers-matching 1.6-liter motor is a great powerplant to have. It's a lively unit that has fuel-injection, dual-overhead camshafts, and variable valve timing. That means you have a modern motor with a peppy attitude, and the Bully tip on the exhaust even give this one a nice sound. Also, what makes these Minis so much fun is the suspension. Mini's BMW parents made sure it was given a fully independent setup that lived up to the sporting heritage that made original Mini Cooper giant killers on the racetrack and rally circuit. That's the key to a car like this. It's a secret sports car that's ready to charge forward at a moment's notice, but the four-wheel disc brakes, automatic transmission, power steering, and cruise control also make it easy to live with every day.

This is the cool custom car that's a ton of fun to take anywhere, and it allows you to being the party everywhere. So don't miss this Mimi pickup. Call now! 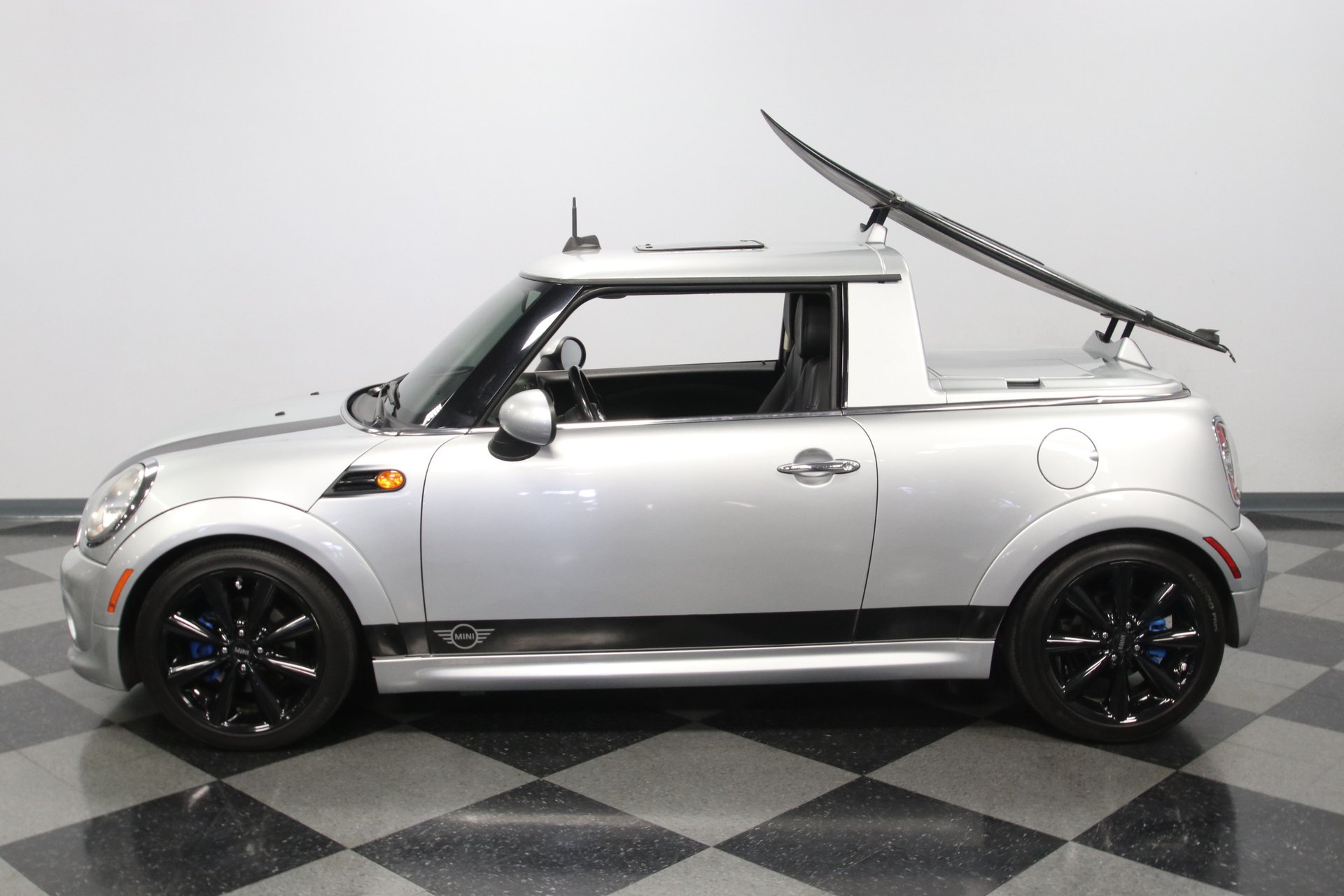