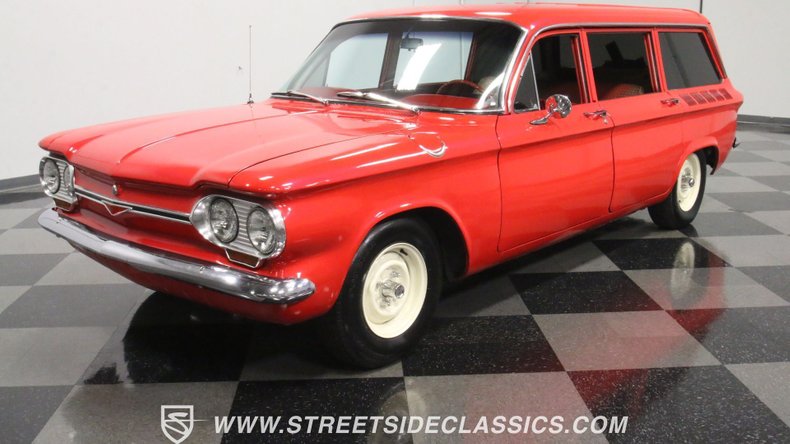 It's a pretty safe bet you'll be the center of attention when you pull up to any gathering behind the wheel of this 1961 Chevrolet Corvair Wagon. After all, even its more commonly seen coupe and sedan counterparts are rarely seen these days and this version is far rarer, seriously escalating the collectability factor of this revolutionary classic, which is also in impressively strong running condition.

With its sporty, compact looks and rear wheel design, the Corvair was more than a mere novelty when introduced to the American public. Chevy was making a concerted effort to attract buyers that had formerly been set on imports, and their plan worked well, with the model enjoying strong sales throughout its production run. This '61 represents the first class of wagons to join the Corvair fleet and is sure to be a head turner out on the road with its singular appearance, which actually offers quite a bit practicality - the Corvair's unique engine placement means there's not only appreciable storage space in back, but also under the front deck lid. This revolutionary Chevy wears a striking shade of red that mixes in some gold flake to really make it radiate in the sunlight and, while it was likely applied a while back, the paint still presents nicely for its age. The accompanying chrome trim and emblems are also unblemished, the glass surrounding the cabin is clear and the overall exterior alignment remains strong - check out how level the side body contours are as they transition from front to back.

Climb in and you'll be surrounded by a vintage driving environment that's been spruced up with some imaginative touches to result in an appealingly distinctive result. The front bench seat now wears a sharp velvet spiral cover, and the quartet of door panels are still very clean, sporting tuck and roll surfaces with square accenting. The interior space on hand is actually a little surprising - there's quite a bit of real estate separating the two rows of seating and the rear storage space, which will easily be restored to top form with just a little attention to its surrounding walls, is outright spacious.
Up front, the dash area is in great shape, featuring sharp chrome accents, original gauges that still function as intended and a dash pad across the top that shows no cracking. The original radio still holds its place at the center and is joined by an aftermarket AM/FM/CD player that pairs with Panasonic speakers to provide your audio soundtrack while behind the wheel.

Lift up the hatch in back and you'll see a 164 cubic inch flat six cylinder - likely the original engine - sitting in a stock compartment below. It's running and sounding strong and is fed by a pair of period-correct single barrel downdraft carbs - judging from its reassuringly solid running condition, it was likely rebuilt a while back. Assisted by an added HEI ignition to heat up the available spark, the engine fires right up and teams with a 2-speed automatic transmission that's also in good form. Even today, independent rear suspensions are far from a given and yet this classic, debuting well over a half century ago, already had one on board as it left the factory, so it navigates uneven surfaces surprisingly well, and the brakes at both ends were recently replaced, so the stopping ability is also there.

This 1961 Chevrolet Corvair Wagon offers the opportunity to put a unique, revolutionary classic in your garage that's both running and looking great. Call today! 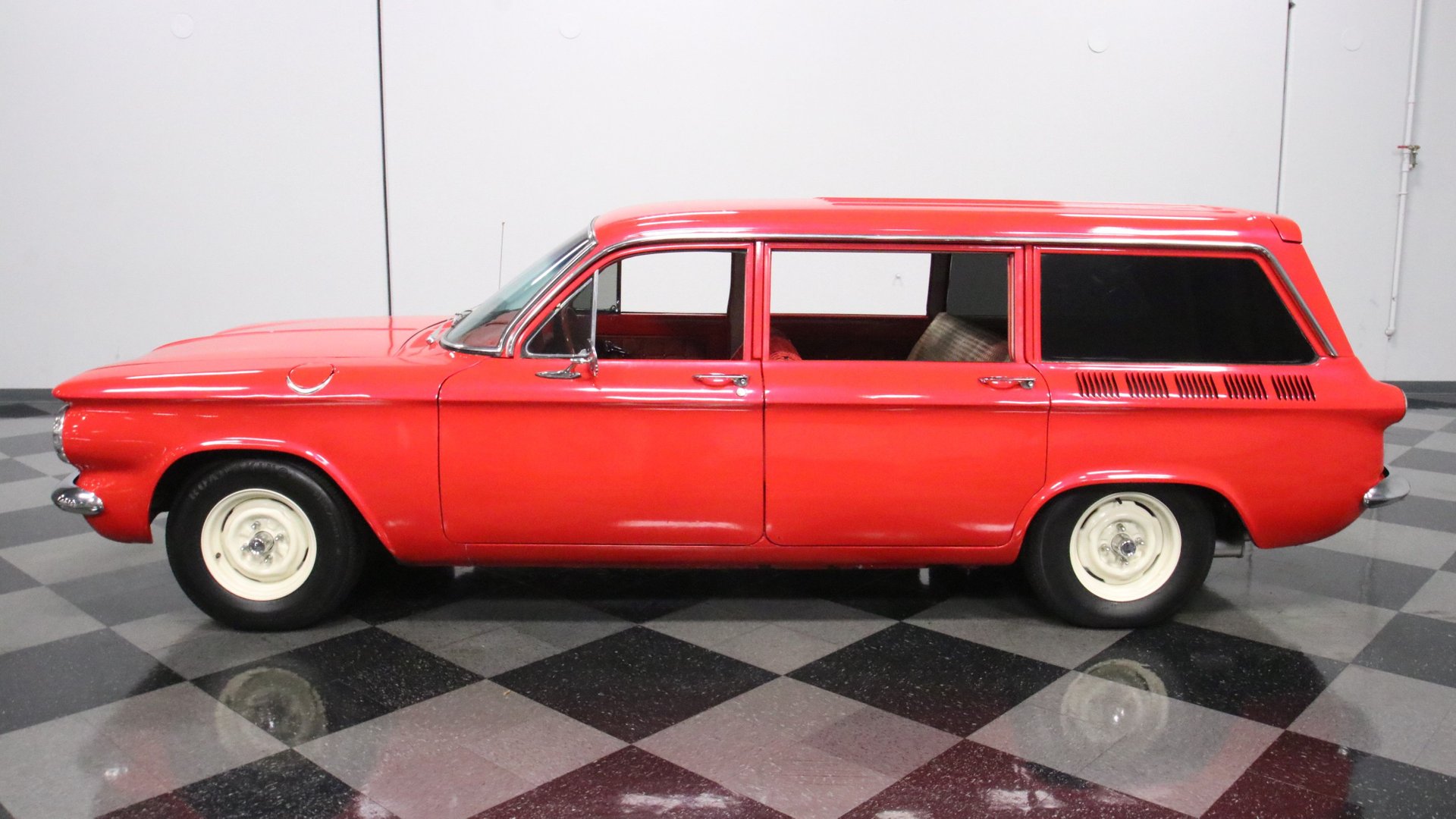