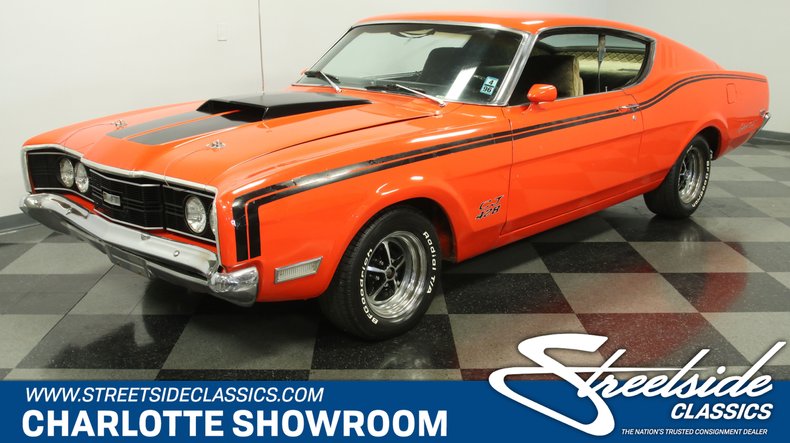 How about some American muscle that's big, bold, and rare? This 1969 Mercury Cyclone CJ has all the right features to grab attention on the outside, and just wait until we get to the big 428 engine!

The Cyclone was Mercury's version of the Torino GT. That meant it shared some seriously large power, while having its own unique styling and Mercury's lower production numbers. After all, they only made 3,261 examples this year, and the R-code in the VIN gets that number under 360. So how many do you think survived a half century to look this complete? In fact, the factory-correct Competition Orange paint was resprayed later in life, but it has the nice balance of bold looks and careful aging that many people will just assume you have a good-looking survivor. The paint earns its competition name because these fastbacks were built to cheat the wind at NASCAR. Plus, the contrasting black pieces show off this sporty style with the full-length double sport stripe, CJ 428 callouts, and blacked out grille and rear panel. Plus, the hood stripes that lead into the dark abyss of the hood scoop is truly an intimidating piece all on its own.

Inside, this speedy Mercury has a survivor-style interior that also reminds you these also had a premium side. You see it in factory features like the power windows, and later upgrades, like the quilted velour seats. There's plenty of room for family and friends, but the driver is always the most important. That's why it came from the factory with a center console, three-spoke sports steering wheel, and full gauge package with large speedo and tach.

Under the hood is what we all love to see, big block power. This Ford 428 cubic-inch V8 has all the right moves to rule the blacktop. It has some nice flair with the bright valve covers, but the real attention-grabbing piece is that this is believed to be the car's original Super Cobra Jet motor. So you have the potential for great rarity and huge power! The mighty V8 inhales deeply with a Holley four-barrel carburetor, and it exhales with authority out of the glasspack-style dual exhaust. While you have great power, you also have easy control thanks to power steering, a three-speed automatic transmission, and power brakes w/discs up front.

Complete with a Marti Report, this is an awesome opportunity at power and rarity, so don't let it slip away. Call now! 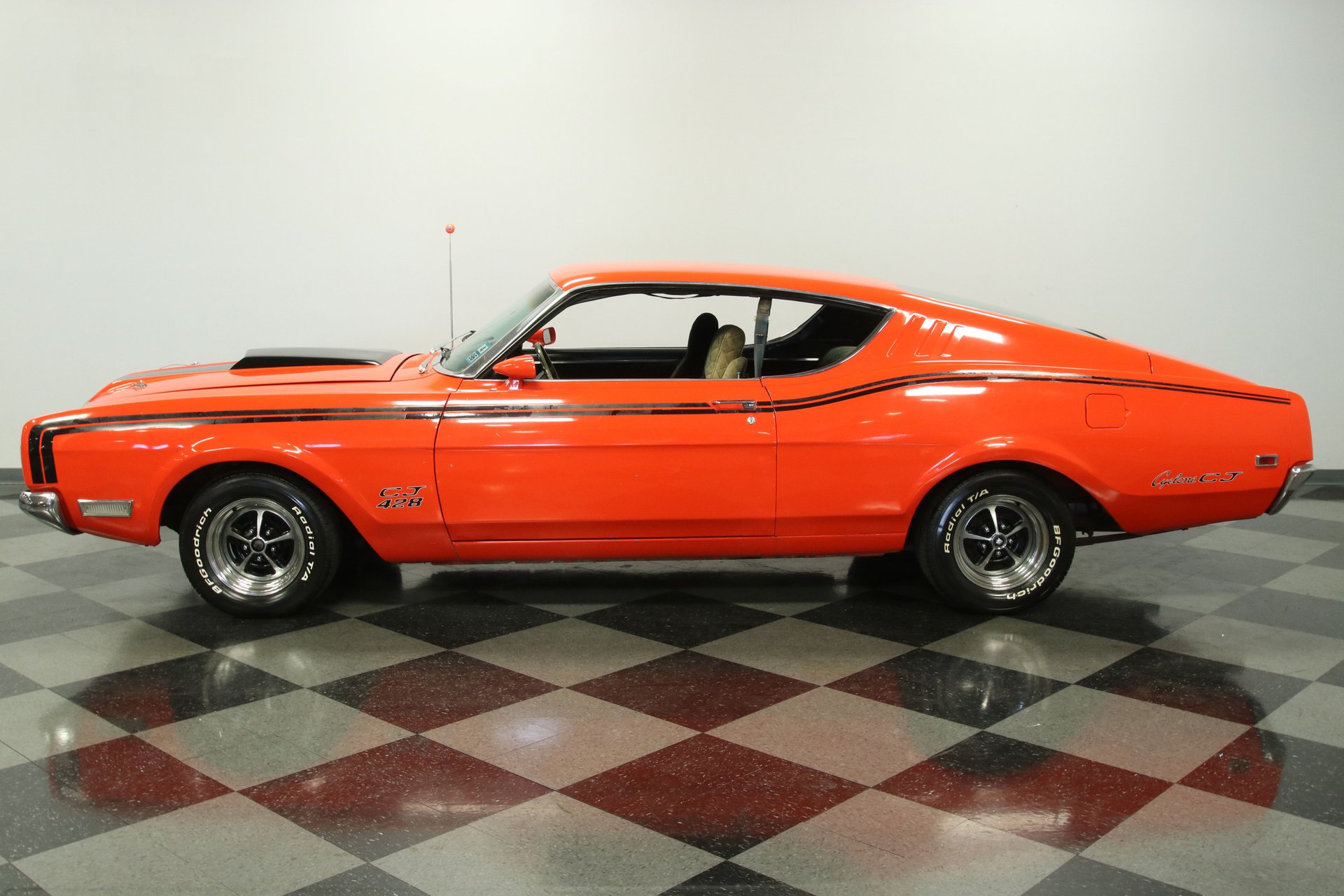