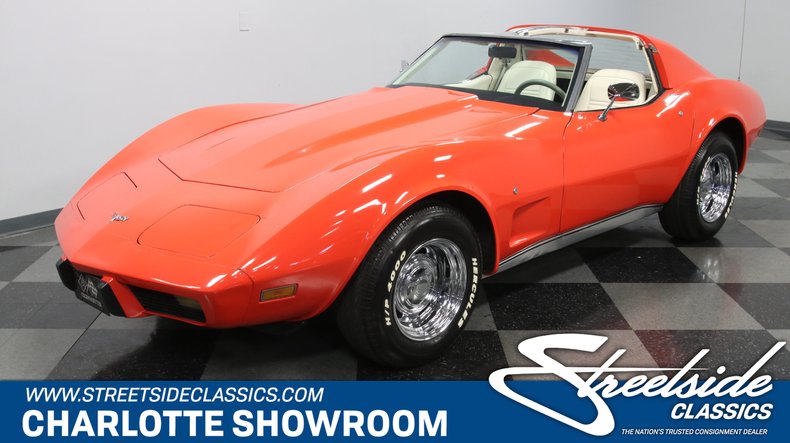 With its bright red appearance, brighter A/C interior, a numbers-matching V8, and an affordable price means you're going to have to act quickly if you want this 1977 Chevrolet Corvette in your garage.

There were a few wild factory colors available for later C3s, but this one will even standout against those. It's a special shade of vibrant red that was added later in life, and it looks like it could almost glow in the dark. A custom color like this is a nice thing to have here, because these later cars had the full painted urethane front and rear that gave them a more modern and sleek look. And the paint was not the only upgrade. Items like the bullet-style tail lights and the fully polished wheels really add to a package that is unmistakable Corvette, and yet still absolutely distinct.

Inside, the white bucket seats, lower dash, and door panels look great against the exterior red. That's a good thing because the T-tops allow you to open up to the world and let them all see this unbeatable color combo anytime you want. As you dig deeper, you're going to see a color package done right. The gray on the center armrest/console, carpeting, and steering wheel look nice against the white. They are also on the higher traffic areas in a color that's harder to show dirt. Like any good Corvette of the era, this one comes loaded with power windows, tilt wheel, electric rear defogger, and cold-blowing air conditioning. For the driver, you get a large speedometer and tachometer package in front, and a full gauge package prominently to the side at eye-level.

Under the hood is the original numbers-matching 350 cubic-inch V8. It has some nice polished components, like the valve covers, air topper, distributor shield, and A/C shroud. But the "Keep your GM car all GM" factory decal on the air intake is another reminder of the cool originality within. As a true torque king of the late '70s, these Corvettes really knew how to leave the line with head-snapping power. And the original TH400 three-speed automatic transmission was the right pairing for both stout performance and comfortable cruising. The same goes for the fully independent sports suspension, power steering, and four-wheel disc brakes.

Complete with owner's manual, this has distinction, history, and all-American appeal, and it's all for an affordable price. Call now! 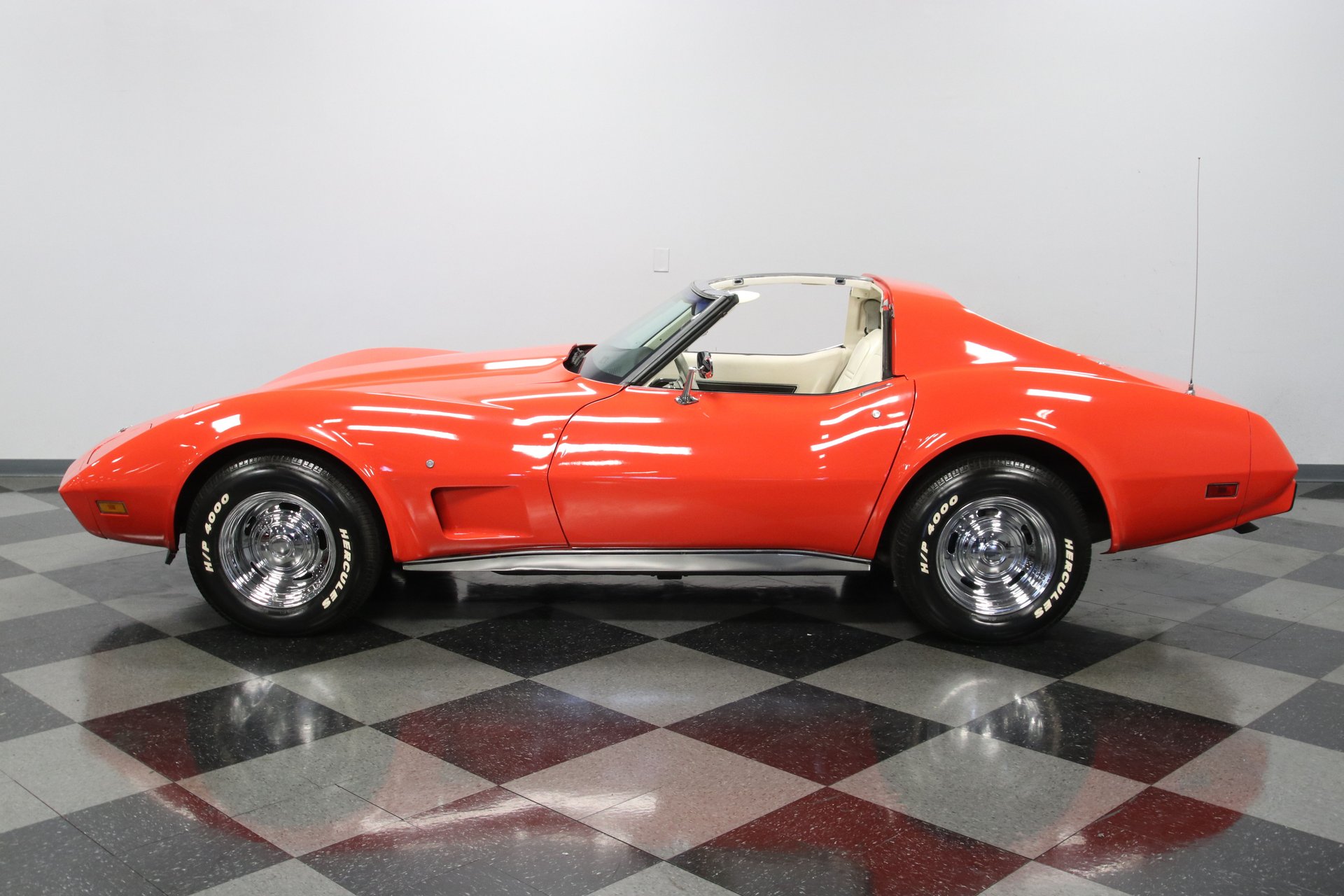