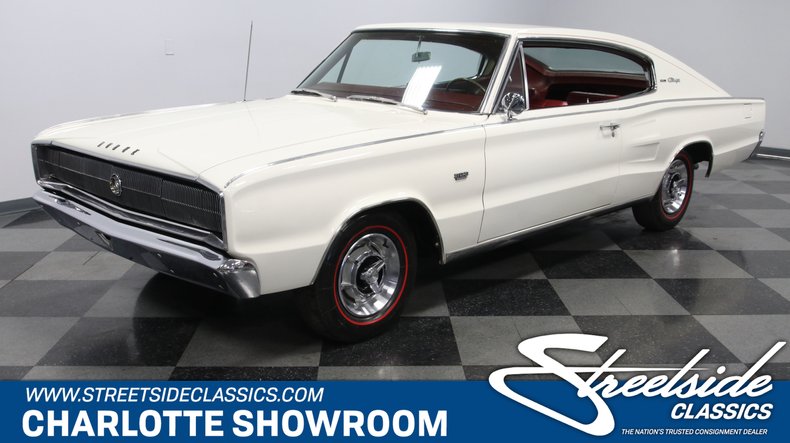 This is the car that launched the legend. The 1966 Dodge Charger is the first year for the now iconic name. So with such an important coupe, we are thrilled to have one in such a correct presentation, including the factory-correct paint, distinct interior, and believed original powerful V8 under the hood.

The beautifully sweeping fastback were born out of gaining an advantage at the racetracks, and it created one of the most distinct designs of the '60s. Dodge was catching up to the new craze of more personal sports cars started by the Mustang, so their historically low production numbers are especially true for the mid-year introduction of these 1966 coupes. But part of the reason why these were a little late to the party was because they were getting the design right. More than just the bold roofline, this one has some very thoughtful design elements. It starts with the bright full-width grille, which looks absolutely cool with the optional hidden headlights. The bright side moldings start here and run continuously over the Coronet's rear kick up, and it doesn't stop until the wide rear bumper. The result is almost like a wraparound effect of brightwork. Plus, the rear full width taillight panel is a hallmark element that we still look for today on the modern Charger. This car is believed to have two long-term owners, that's how you get a coupe that has crisp white paint and terrific detail work. You see it in places like the factory wheel covers and how the classic redline tires coordinate with the red pinstripe.

The red accenting on the outside is also a preview of the full red interior. These original Chargers are a pretty cool place to spend some time. The designers made something quite unique, including giving everyone their own individual bucket seat with a center console in-between. The texture of the seats, freshness of the carpeting, and quality of the door panels come together to deliver a very well-presented time-capsule like package. Even the AM radio is still cranking out tunes! The gauges are absolute works of art, exquisite aircraft-inspired dials with markings around the perimeter and have a very modern glow at night. You get a three-spoke sports steering wheel, and Chrysler fans will recognize the simple but elegant shifter for the automatic transmission.

This was born a big-block coupe, and so it's nice to see an era-correct 383 cubic-inch V8 still filling the engine bay. In fact, the date codes correspond so that this is believed to be the original motor. It all looks quite correct with the Mopar turquoise block and the air topper announcing the four-barrel carburetor underneath. The dual exhaust gives this coupe a sweet sound that signals the beginning of the muscle car era. The V8 provides plenty of cruising power, and when combined with the power steering and three-speed automatic transmission, you're going to easily show off this distinct Charger everywhere.

The sale comes complete with owner's manual and the original warranty card. They have already made the right investments in preserving/restoring this significant Mopar, and so it's time for you to enjoy it. Call now! 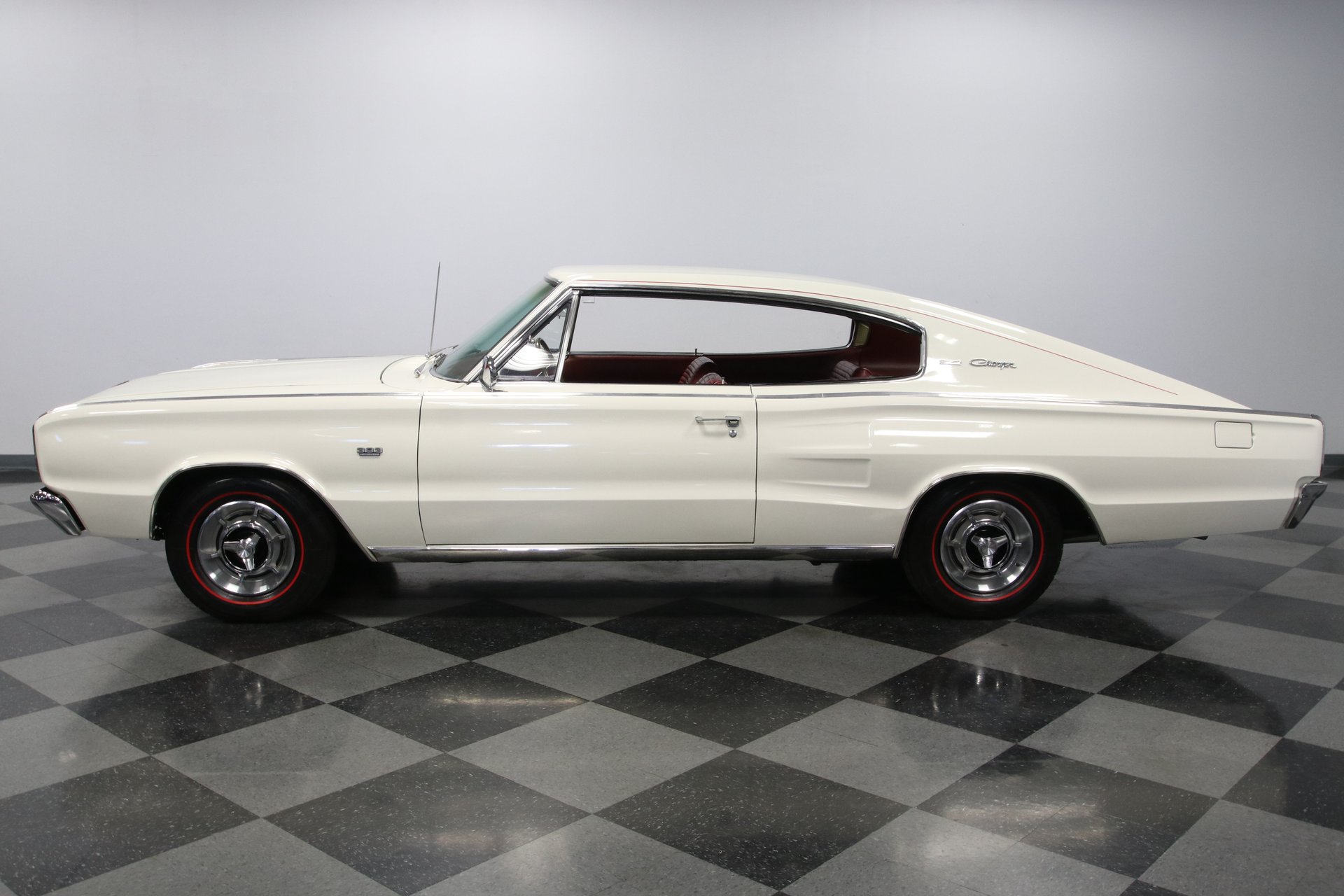