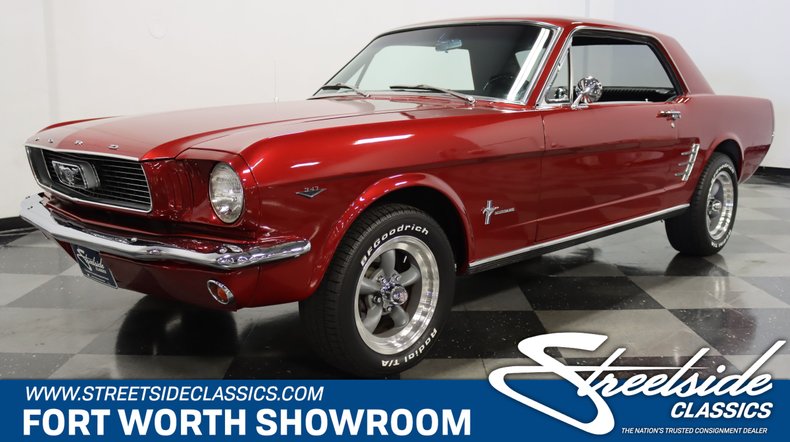 Take one classic early Ford Mustang, in this case a 1966 coupe, add a slick Matador Red paint and a beautiful two-tone Pony interior, plus one thumping 347 cubic inch Stroker V8 under the hood, and you get the world's most beloved pony car. And despite their soaring popularity, slick Mustang Ponys like this one still remain affordable ways to own A-list rides.

Repainted in what appears like a more lustrous Matador Red (it's originally a Code T Candyapple Red car), this handsome coupe looks like a million bucks today. With sign of a life lived easy ever since it was impeccably restored just 7,138 miles ago, the familiar Mustang sheetmetal is crisp and sharp thanks to expert restoration work. They built a lot of Mustangs, most of them coupes just like this, but that doesn't mean they're not handsome, timeless cars, and except for perhaps a Corvette or a Porsche 911, there aren't many cars that are more recognizable around the world. This one has been dressed up with '347' badges on the front fenders, bright rocker panel moldings, sporty quarter 'gills', and shiny chrome on the bumpers, it's nicely detailed in the way you'd want your Mustang to look. It's not a fake GT, not dressed up like ... Please ask for the full description. 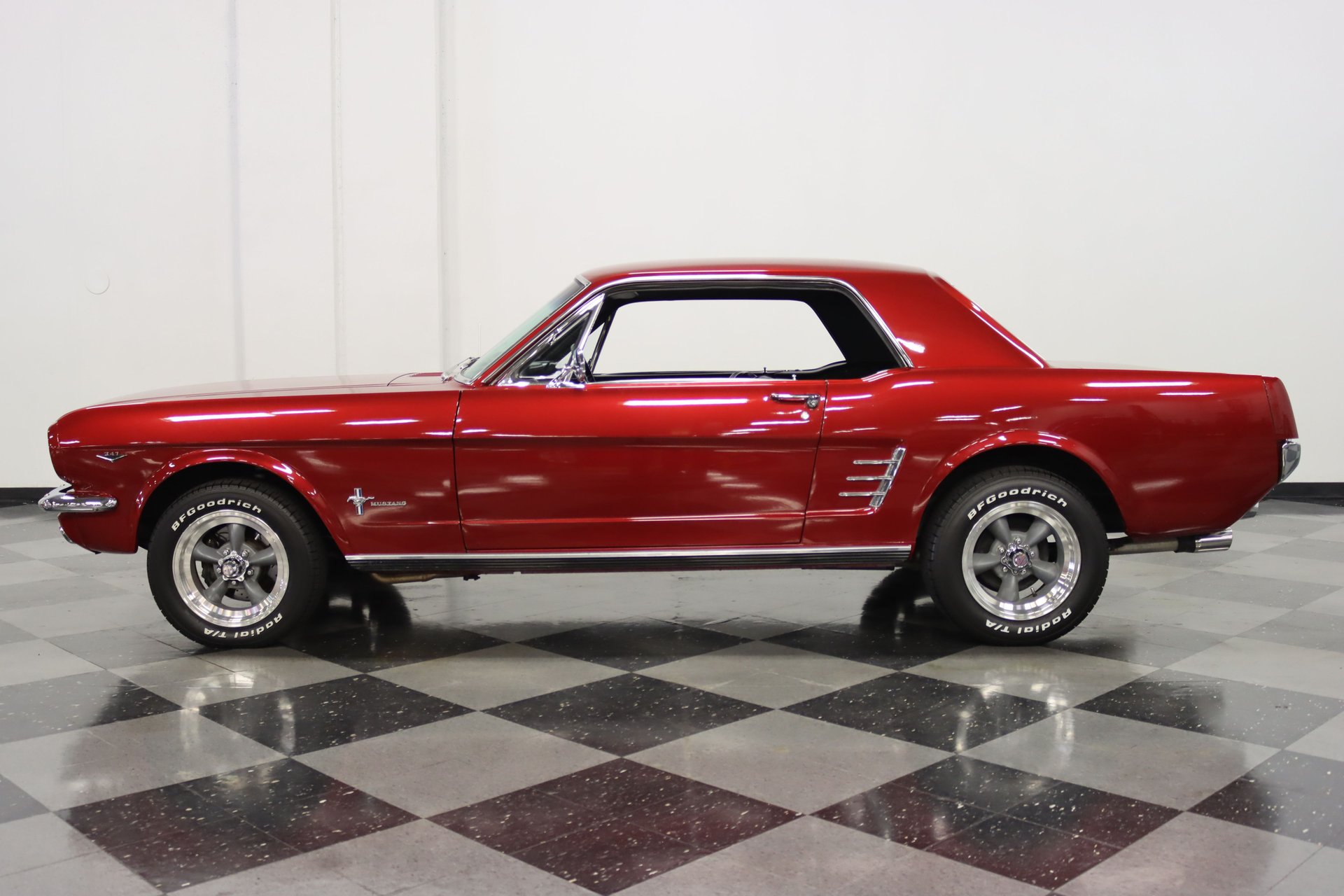