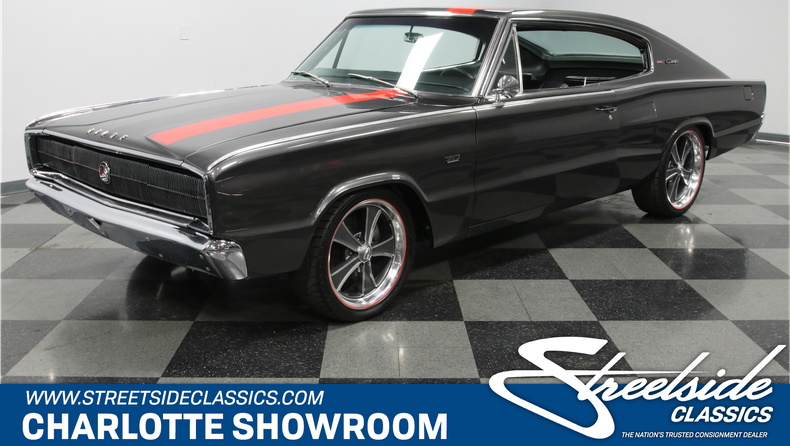 Fresh off a full restoration, this 1966 Dodge Charger has a cool modern color combo, new components, and a growling V8. And as you dig into all the details, you see a legend that has been given a whole new attitude.

You know this Charger looks ready for prime time. Gunmetal Gray Metallic is a cool modern color, and it looks exceptionally fresh. Of course, that's also because you're looking at car that completed its full frame-off rotisserie restoration earlier this year. You can tell they really spent time on the details. After all, the red racing stripe adds a ton of distinction, and have you seen the wheels? These custom iron cross-style alloys are painted not only to color match the gray, but also have a cool red stripe around the rim. While this has a ton of modern flair, we also know you want this Charger for its history. Dodge was catching up to the new fastback craze started by the Mustang, so their historically low production numbers are especially true for the first generation that had a less than two-year production run. But part of the reason why it was a little late to the party was because they were getting the design right. More than just the bold roof line, this one has some very sporty design elements. It starts with the hidden headlight front end that received new electric light motors during the restoration. The trim runs the full profile, so it accents the large rear fenders. And those chrome bumpers are wide enough to dominate the road.

These original Chargers did not come cheap, and so they made sure the interior was a true premium experience. The upholstery is quite correct and the black vinyl is offset by a few well-chosen bits of chrome and stainless trim. It's a package that makes for a very sleek interior that looks upscale. It also helps that they made more investments to make sure everything looks well-presented and correct. Everyone gets the luxury of the full length center console with armrests. Plus, the rear seats individually fold flat for versatility not seen on many muscle cars. The gauges are absolute works of art. The aircraft-inspired dials have markings around the perimeter and have a very modern glow at night. The radio looks like a factory unit, but it's really a retro-style AM/FM digital tuner with Bluetooth. After all, a premium cruiser like this needs a good selection of tunes.

The side callouts might say 383, but the consignor states this is actually a larger 400 cubic-inch powerplant. It looks just as fresh as the rest of the car with its bright turquoise block, matching valve covers, and classic Mopar air topper. More than just look good, this one also has some great performance chops. It inhales deeply with a four-barrel carburetor, and exhales with wicked authority as long tube headers feed an X-pipe dual exhaust. You know you have serious power any time you want it, so you'll also be glad you have power steering, front disc brakes, and the stout Torqueflite A727 three-speed to easily have you harness this beastly Charger. The suspension components are even new to really give this a crisp feeling on the road.

Complete with build receipts, this is the freshly resorted first-year Charger that offers power and personality. Don't miss out on a great package like this. Call now! 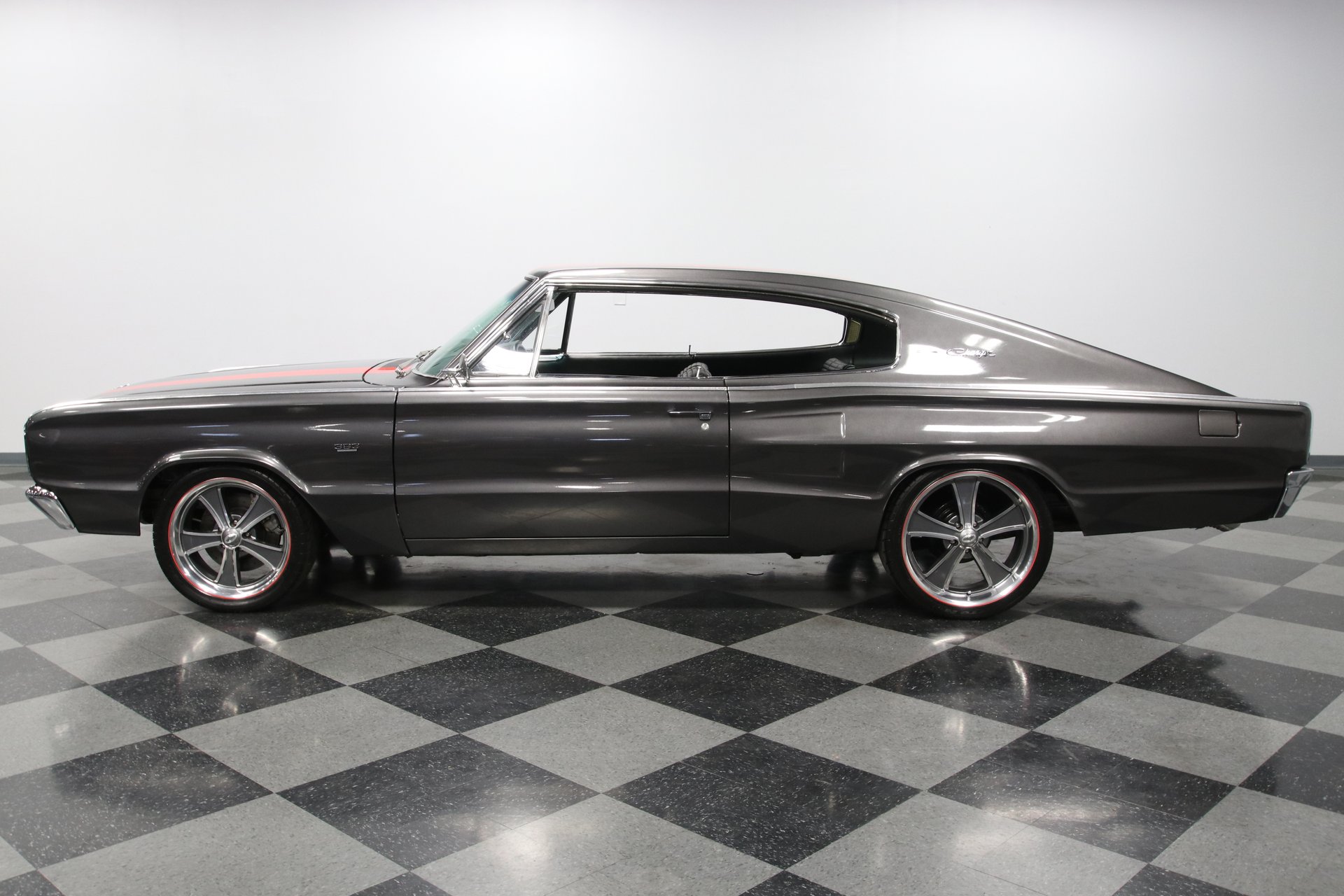