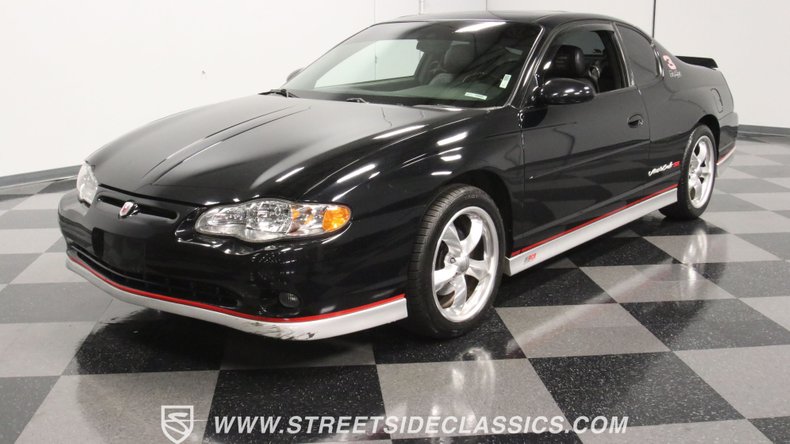 Commemorating one of the most respected race car drivers in the history of the sport and ornamented to proclaim its limited edition status, this 2002 Chevrolet Monte Carlo #3 Dale Earnhardt Intimidator Edition represents the chance to own a rarely seen take on one of Chevy's most popular models - there were only a little more than 3,000 of its kind made.

The black body with silver rocker panels comes part and parcel with its special edition status, and if you take a closer look you'll see the #3 insignia that combines with the scripted Monte Carlo logo just in front of the rear wheels to provide a fitting nod to its world famous inspiration. More than 15 years after it first set rubber to pavement, the car remains in fine shape - its paint has a nice shine and the array of commemorative ornamentation is still sharp and really pops out against its dark background. A low, road hugging stance combines with aftermarket wheels to create quite an appearance when viewed from the side, while aftermarket HID headlights up front and clear taillights in back confer a touch of customization. Clean tinted windows surround the cabin and the sunroof is in good working order, sliding open without issue to provide the exhilaration of driving with just the blue sky above you.

The black leather interior is in great shape, with two tone buckets and a bench seat that show far less wear than you'd expect. Being a special edition, post millennial Chevy, the comfort and convenience features are plentiful and include dual zone air conditioning, an aftermarket touchscreen AM/FM/CD/DVD stereo that also comes with iPod compatibility, a navigation system to help guide you to your destination, as well as power seats, cruise control and power windows and door locks. Despite the Monte Carlo's trim appearance, it offers a surprising amount of interior space - in particular, there's quite a bit of real estate separating the two rows of seating. Airbags on both sides provide an added measure of collision protection, while an anti-theft device helps keep this rarely seen ride in your possession. The array of factory gauges in the instrument cluster are all in good working order, and the speedometer at the center bearing a likeness of Dale Earnhardt's own signature adds a bit of distinction. The trunk area is in unusually clean condition.

Mechanically speaking, this Chevy is in fine form. It's propelled by a fuel injected 3.8 liter V6 that pulls with enthusiasm and sits in an nicely maintained engine compartment, outfitted with a K&N cold air intake to up its abilities. It's a very capable powerplant, with plenty of strength through its entire powerband and an unusually light weight. The accompanying 4-speed automatic transmission was just replaced last year, so it shifts flawlessly. Smooth power steering combines with the Monte Carlo's low profile and specially tuned independent suspension at both ends to make it an agile ride, while anti-lock power disc brakes with special cooling ducts at all four corners bring it to a stop in a hurry. This limited edition Chevy rides the asphalt on a set of sharp 18" 5 spoke wheels that were created especially for the car and are wrapped with Continental tires that still show plenty of tread. Below, the undercarriage is in great shape - free of any signs of being run aground and well-positioned for many more years of driving enjoyment. 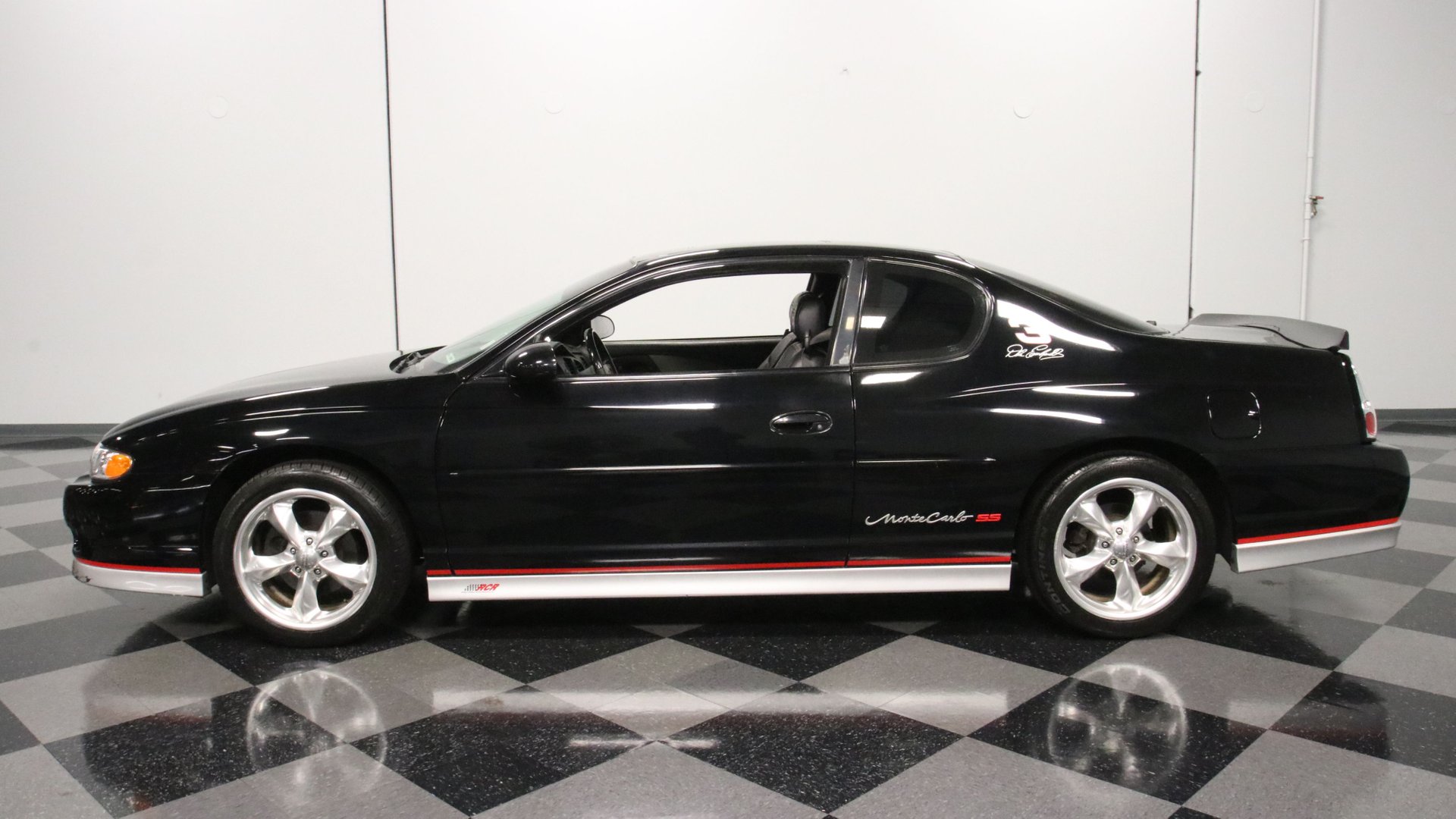