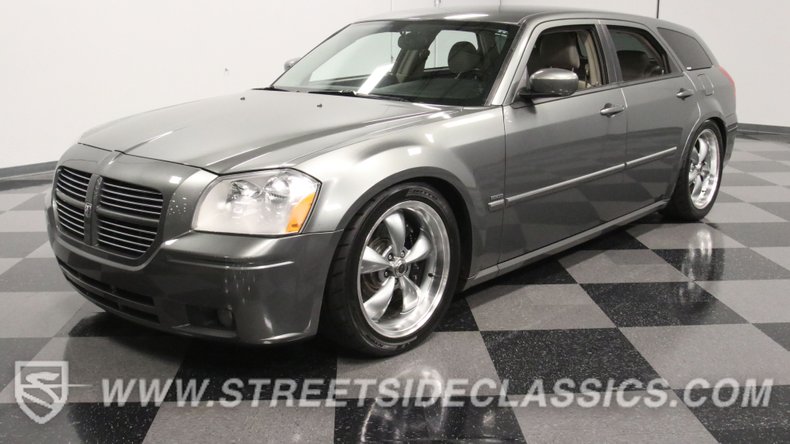 Such a cool take on its genre! This 2005 Dodge Magnum features a level of curb appeal not normally associated with its genre and is powered by a vital, capable engine that carries a compelling lineage. This stylish but very functional cruiser will arrive at its next destination with maintenance records on board to document the time and effort that have gone into keeping it in top form.

A mix of design influences make this a car that really stands out. You can see some of the European touches up front in the curvature of the front grille, incorporated bumper and prominent headlights. It's a substantial vehicle, but so well-proportioned that there's no visual waste in sight. Its distinctive appearance won over fans upon its debut, and it scored inclusion in Car and Driver's Ten Best list soon after its release. This specimen is dressed in a sharp Silver Metallic shade that complements its understated appeal nicely. The paint is in good shape - this wagon has obviously seen consistent shelter since it first hit the road. A tastefully lowered stance adds a touch of customization to the aesthetics without taking things so far as to compromise wheel clearance and the pair of chrome exhaust tips peeking out from below the rear bumper creates a great look in back.

The accompanying two-tone leather interior is impressively clean - the front buckets show very little wear and the bench seat in back looks nearly unused. You'll see no troubling issues as you glance around the cabin - the door panels and center console still appear fresh, as does the carpet below, and the assortment of factory gauges in the instrument cluster all function just as intended. Debuting as it did after the millennium - a point where comfort and convenience amenities seemed to become more plentiful - this Dodge is well equipped with an AM/FM/CD stereo that also features iPod connectivity, air conditioning that blows strong and cold, adjustable power buckets, remote door openers, cruise control, a tilting column and power windows and door locks. Airbags on both sides also add an enhanced level of safety. Lift the rear hatch and you'll get a better idea of just how functional the Magnum is - there's quite a bit of storage room standing by behind the back row of seating and that row folds down to literally double the cargo area.

Plenty of eager power comes from the fuel-injected 5.7 liter HEMI V8 beneath the hood. A direct descendant of the storied Mopar engines of the muscle car era, it offers a commanding presence inside the engine bay and has been outfitted with a K& N air intake system to further enhance its already considerable abilities. Just like the rest of the car, the powerplant has received proper attention to keep it running strong and smooth, so it produces a nice, rich note out of the added Borla exhaust as it teams with a 5-speed automatic transmission geared to optimize its output. Koni shocks team with Hotchkis anti-roll bars, SPC adjustable control arms and Eibach springs to provide an outstanding level of handling for a car of this stature - or of nearly any other stature, for that matter. An aftermarket Power Stop brake upgrade works side by side with power disc brakes at both ends to bring the set of ultra-sharp 20" American Racing Torq Thrust wheels wrapped with Nitto tires to prompt, fade resistant stops.

With its comfortable accommodations and reassuringly solid running condition paired with some well-chosen upgrades, this 2005 Dodge Magnum is a compelling car at an attainable price. Call today! 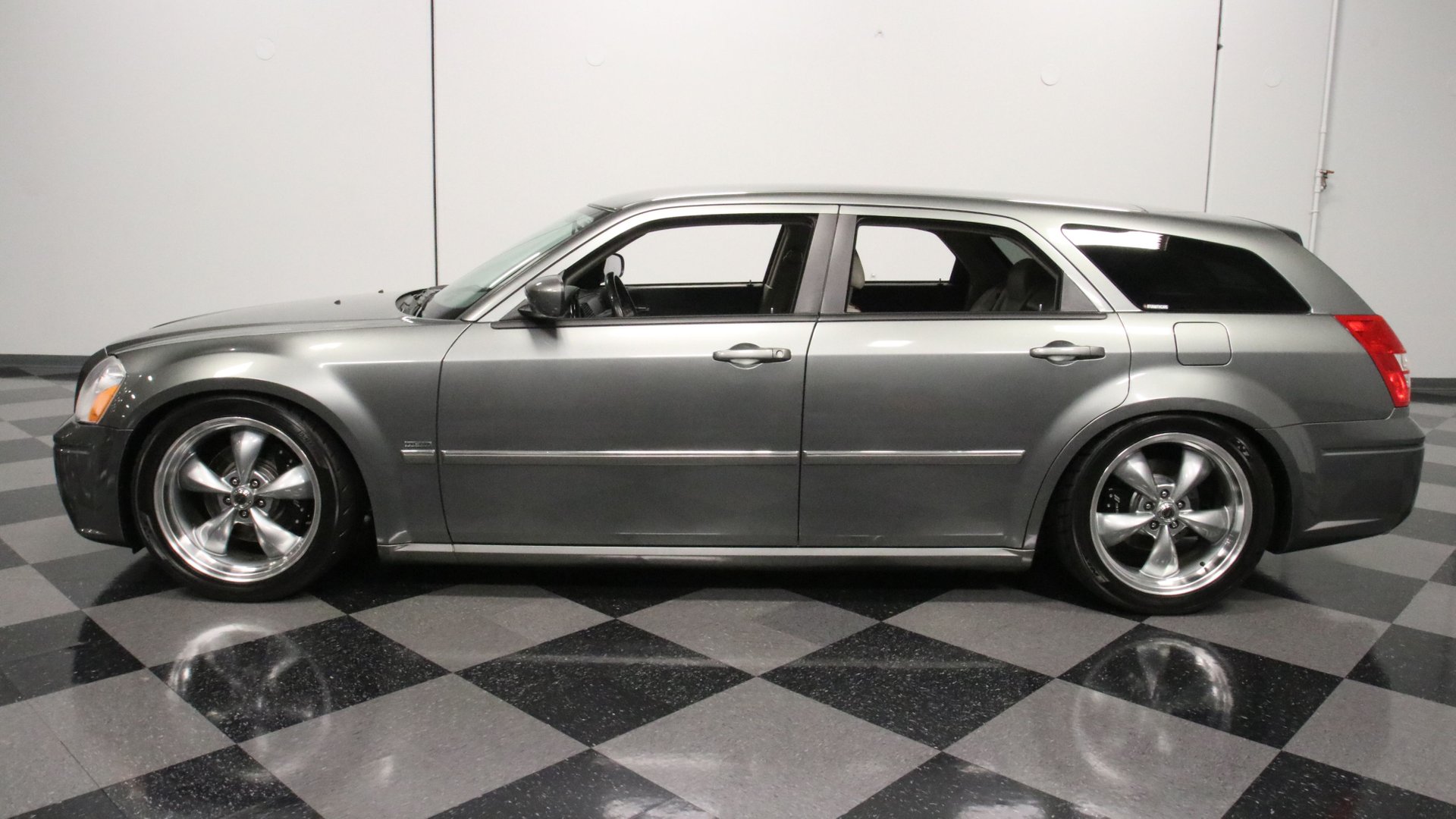