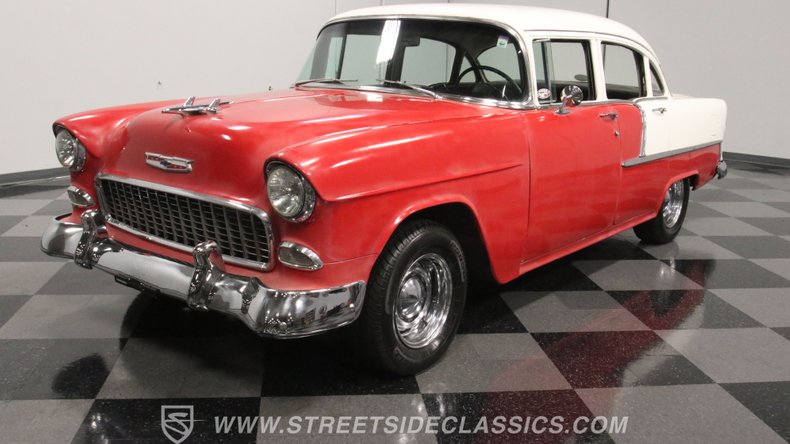 There aren't that many '50s classics on the road that sport an appreciable level of originality and yet still run strong enough to be daily drivers, but this 1955 Chevrolet Bel Air 4 Door Sedan has performed its duties without issue. It holds all the aesthetic magic the model became known for and with some well-focused attention can be elevated to a much higher level. You just don't see many mid-'50s Chevys on the road these days, let alone a top tier representative of its model like this one.

1955 was a pivotal year for the Bel Air, heralding the arrival of the second generation of the model. The already respected yet more sedentary-looking version from just a year before was streamlined considerably, while losing none of its appealing "shoe box" beefiness in the process. By virtue of its storied heritage and singular, lengthy appearance, the curb appeal is built into this classic and while at close range you can see evidence of the passing years at close range, this remains a very eye-catching car just as it stands and with some refinement to its current two-tone red and white color scheme - a signature look for the model during this era - it can be transformed into something even more special. It's got those styling attributes you'd want in a car hailing from the '50s - an aggressive front grille that gives the appearance of scowling when viewed from the front, beefy front and rear bumpers and of course, that signature rocket-shaped hood ornament pointing the way forward as if it's guiding toward your next adventure.

You'll find an authentic appearing gray cloth interior waiting inside, with two-tone, plushly-padded bench seats in front and back that are bracketed by matching door panels on the sides. The headliner topping the cabin is in fine shape and the aftermarket carpeting below appears to have been recently added. The Bel Airs of this era carried some seriously inspired dash areas with plenty of visual attractions - the matching fan shapes of the instrument cluster and the passenger side panel that looms over the sizable analog clock mounted below and textured chrome trim that spans the width of the being just a few of them. The original gauges in the cluster are easily readable behind their lenses and function just as intended - this is a car that's used to active duty, after all. In that spirit, while the original AM radio still holds its place at the center of the dash, there's also a Bluetooth speaker on board to increase your available audio options and an aftermarket underdash air conditioning system comes included to enhance this Chevy's all-weather drivability.

Dressed neatly in its properly painted orange block, Centerbolt Vortec heads and valve covers is a 350 cubic inch V8. Fed by a 4-barrel carb beneath its chrome Edelbrock air cleaner, it's in strong running form as it pairs with a period correct and likely original 2-speed automatic Powerglide transmission. In the interest of upping real world dependability, electronic ignition was added to the mix, as well as a sizable Champion aluminum radiator for improved temperature control. Front disc brakes add fade resistant stopping ability as this iconic classic cruises on its set of 14" Baby Moon style wheels wrapped with tires that appear to have plenty of tread remaining.

It's pretty rare to encounter such a coveted vintage ride still offering a high degree of originality that also features a solid running condition. This 1955 Chevrolet Bel Air 4 Door Sedan has it. Call today! 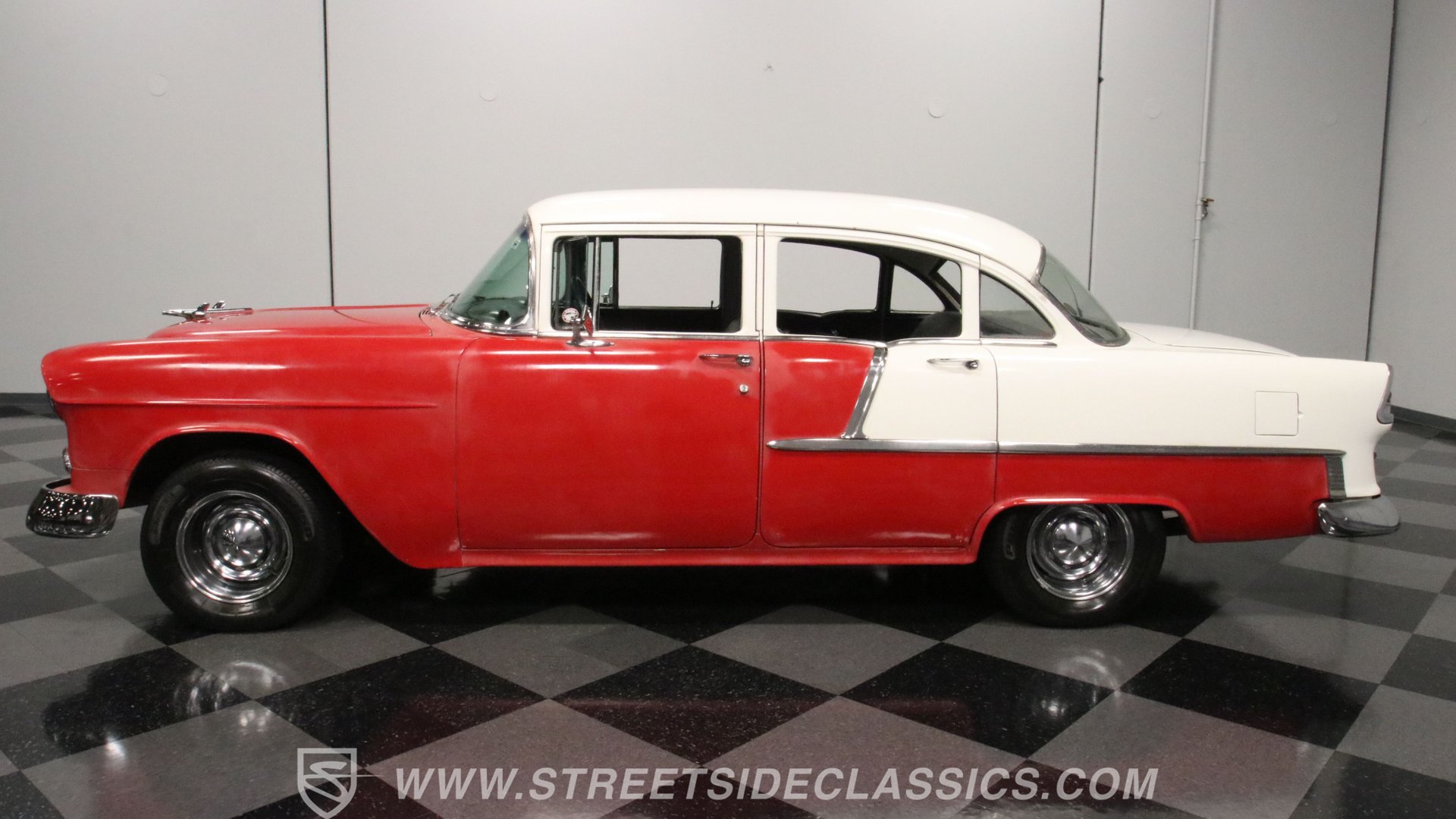