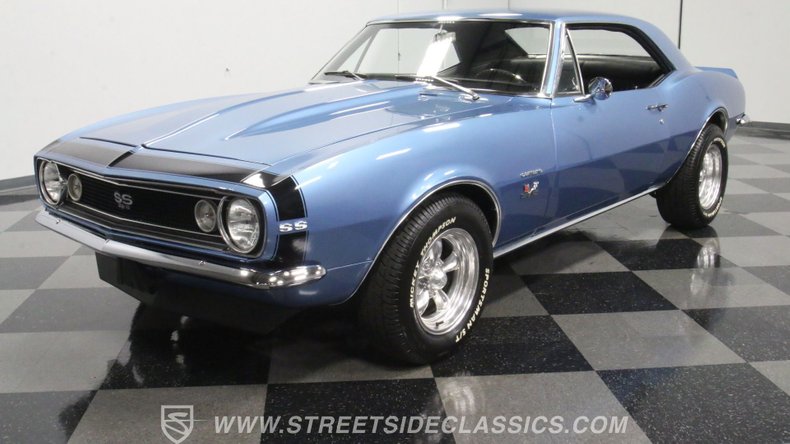 Anxious to get behind the wheel of a Chevy's vintage muscle car that not only represents its first generation, but is a founding member of the very first class of the model to greet the public? Check out this 1967 Chevrolet Camaro. It exemplifies the stellar aesthetics that made the Camaro such a hit upon its release and also harbors a gargantuan big block beneath its hood, capable of propelling it at warp speed.

This vintage Chevy wears a sharp exterior draped in appealing blue paint that combines with black stripes encircling the nose of the car to provide a period-correct appearance as well as a nod to its top tier Super Sport brethren. That the color might have a familiar appearance to it comes as no surprise - if this isn't literally an example of the Nantucket Blue Chevy offered during this era, then it's just microns away. The paint presents nicely, with strong shine and uniformly smooth texture and the assembly of chrome on board is in good shape. The cowl scoop on the hood features a contour down its center that merges up front with the black accenting - a great finishing touch - and the SS badging, both at the center of the deep black grille as well as on its sides, really pops. The look from the back is stellar as well, with a painted black taillight panel in place and a spoiler perched on the deck lid.

Climb inside and you'll find that the black interior is in impressive shape. It was revitalized with a number of new components, including the front buckets and rear bench seat, as well as the matching black carpet below them. The original steering wheel still holds its position on the column, and the instrument cluster beyond it hosts factory gauges that are joined with aftermarket counterparts at the front of the center console, which also features a signature Chevy horseshoe shifter surrounded by clean woodgrain accenting. The dash pad retains a fresh appearance and shows no warpage or splits, while in back the trunk area is nice and clean - with no liner on its floor you can see just how solid things are inside.

There were plenty of performance-centric powerplant options available when this '67 rolled out, but none of them even approached the sheer displacement or capabilities of the 512 cubic inch stroked V8 now holding court in the engine compartment. The big block looks awesome in its chrome air cleaner and Moroso valve covers and is fed by a 4 barrel Holley carburetor, exhaling into a pair of aftermarket headers leading to a Flowmaster dual exhaust. While a finicky nature and overheating issues have been known to come along with engines of this stature - most often due to poor planning - there are no such worries here, as the 512 starts up promptly and packs plenty of consistently dependable power, while the added aluminum radiator helps keep operating temperatures in check. A rock solid 4-speed automatic TH400 transmission and a 12 bolt rear end featuring both a Detroit Locker and Moser axles round out a well-fortified and very capable drivetrain. Power steering makes navigation a breeze, while power brakes with discs up front provide dependable stopping ability as this iconic muscle car scorches the boulevard on its set of 15" American Racing Torq-Thrust wheels wrapped with Mickey Thompson Sportsman S/T tires.

Looking for a classic among classics with all the power you could ever want and curb appeal that's sure to turn heads wherever you go? You have to check out this 1967 Chevrolet Camaro. Call today! 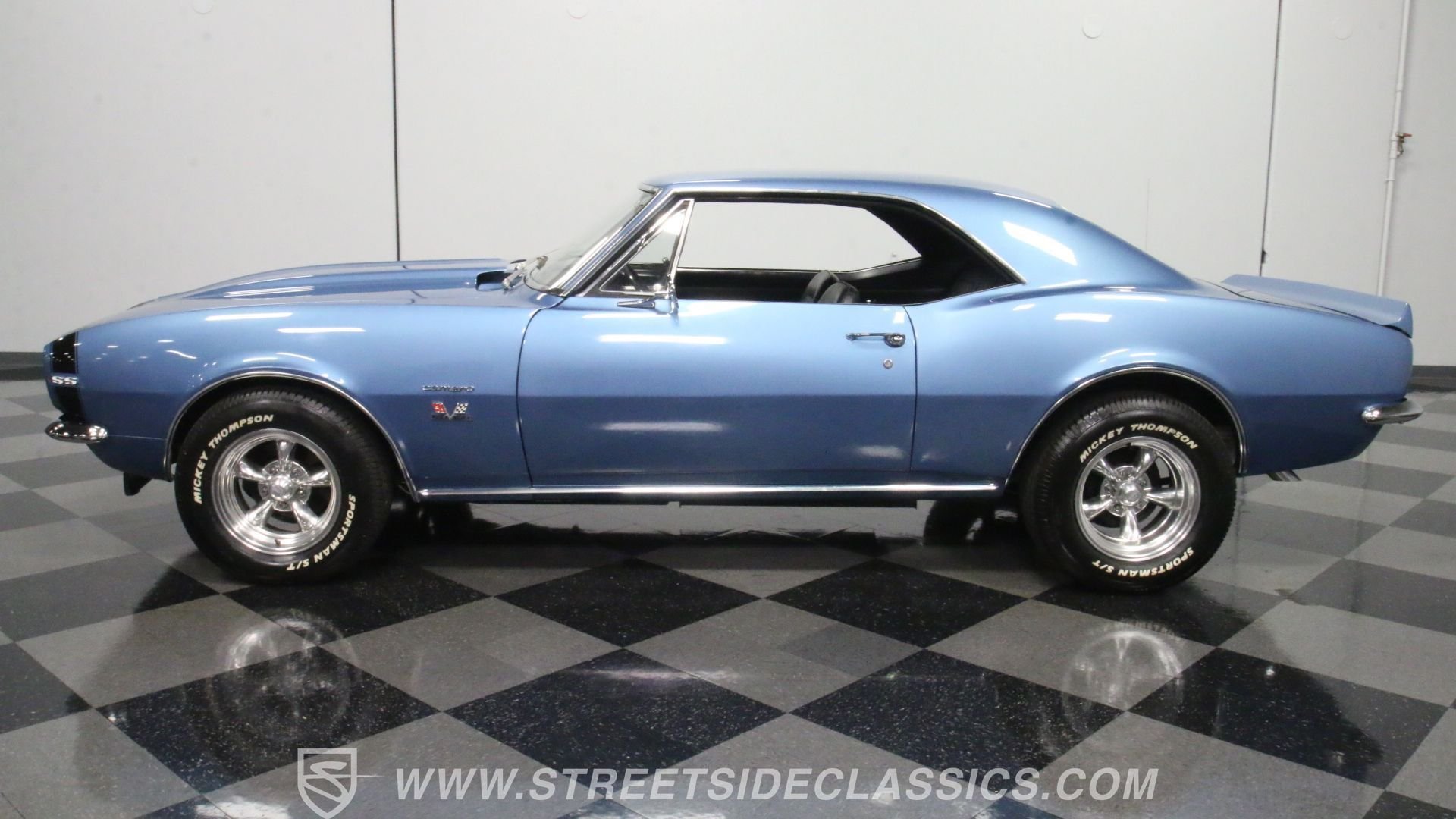