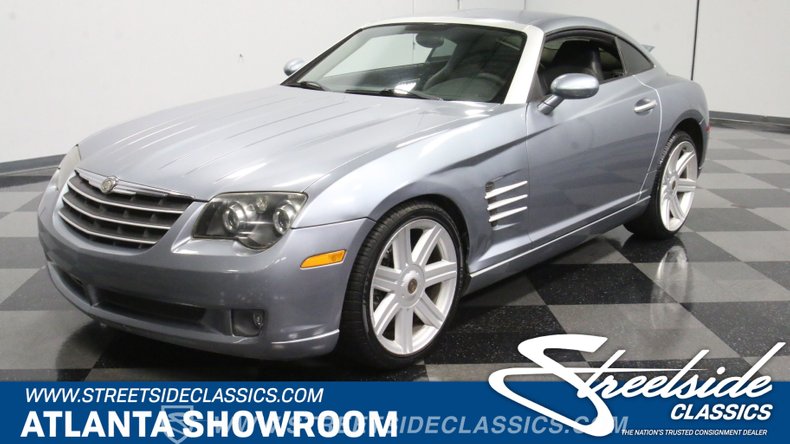 Borrowing equally from American and German influences to create a one of a kind appearance, this 2004 Chrysler Crossfire is one distinctive looking coupe and its light curb weight and able power make it a fun, sporty ride. There weren't many Crossfires made to begin with and you see pretty few on the road these days, so this '04 represents the chance to get behind the wheel of an attainably priced, nimble car that has a style all its own.

From the time the Crossfire concept was unveiled at the 2001 North American International Auto Show, its designer, Daimler Benz, made it clear that the goal all along was to create a car that would deliver a substantial visual statement and they really stuck to their guns, following that unveiling up with a production version of the model that was a near mirror image to its design inspiration. It's a wide car-especially for a coupe with a fairly modest wheelbase - and sizable staggered wheels combine with a contoured profile that rises markedly in back to create an appealing, inclined stance. The European influence here is unmistakable - Crossfires actually derive a number of their components from the Mercedes SLK series - and yet the boat tail shaped rear end adds a decided vintage element to the design. It wears striking Sapphire Silver Blue metallic over its exterior and while the paint would need some refinement to return to top form, this is a very sharp looking car.

This post-millennial Chrysler offers a well-appointed interior that includes a pair of nicely contoured leather bucket seats with plenty of bolstering for support during more spirited driving. While you can see some signs of use inside the doors, the aesthetics on display here are top notch. Just as with the exterior, the influence from across the Atlantic is unmistakable - even the font on the instrumentation has a European flair to it. Being a relatively modern car certainly has its advantages, as it seems that options came more readily after the turn of the millennium, so there are plenty of comfort and convenience features on board this Chrysler, including power windows and door locks, cruise control, air conditioning that's blowing cold and strong, and an AM/FM/CD stereo to provide your tunes. Air bags on both the driver and passenger sides provide an extra measure of safety, while the anti-theft device helps ensure this ride stays in your possession. The Crossfire's generously proportioned hatchback rear end makes for plenty of storage space in back.

Eager power comes via the electronically fuel injected 3.2 liter V6 standing by beneath the hood. Featuring a dual overhead camshaft design, it's another of the components lifted directly from the Mercedes SLK line and it's an able performer that teams with a 6-speed manual transmission geared to extract all of its potential - a potential that's amplified all the more by the Crossfire's sub-3,000 lb. curb weight. The net result is a compact coupe with plenty of off the line acceleration - every major automotive publication that tested the model came away with sub-7 second 0-60 times with the Crossfire equipped with this very drivetrain configuration. Combine the Crossfire's smooth power steering with its wide track and relatively low stance and you have a nimble handler - it pulled a strong .90g on the skidpad and blew away several more expensive competitors during that same testing. Power disc brakes in both front and back bring the set of staggered wheels - 18" in front and 19" in back - to prompt stops.

Put some spirited distinction into your driving routine and check out this 2004 Chrysler Crossfire. Call today! 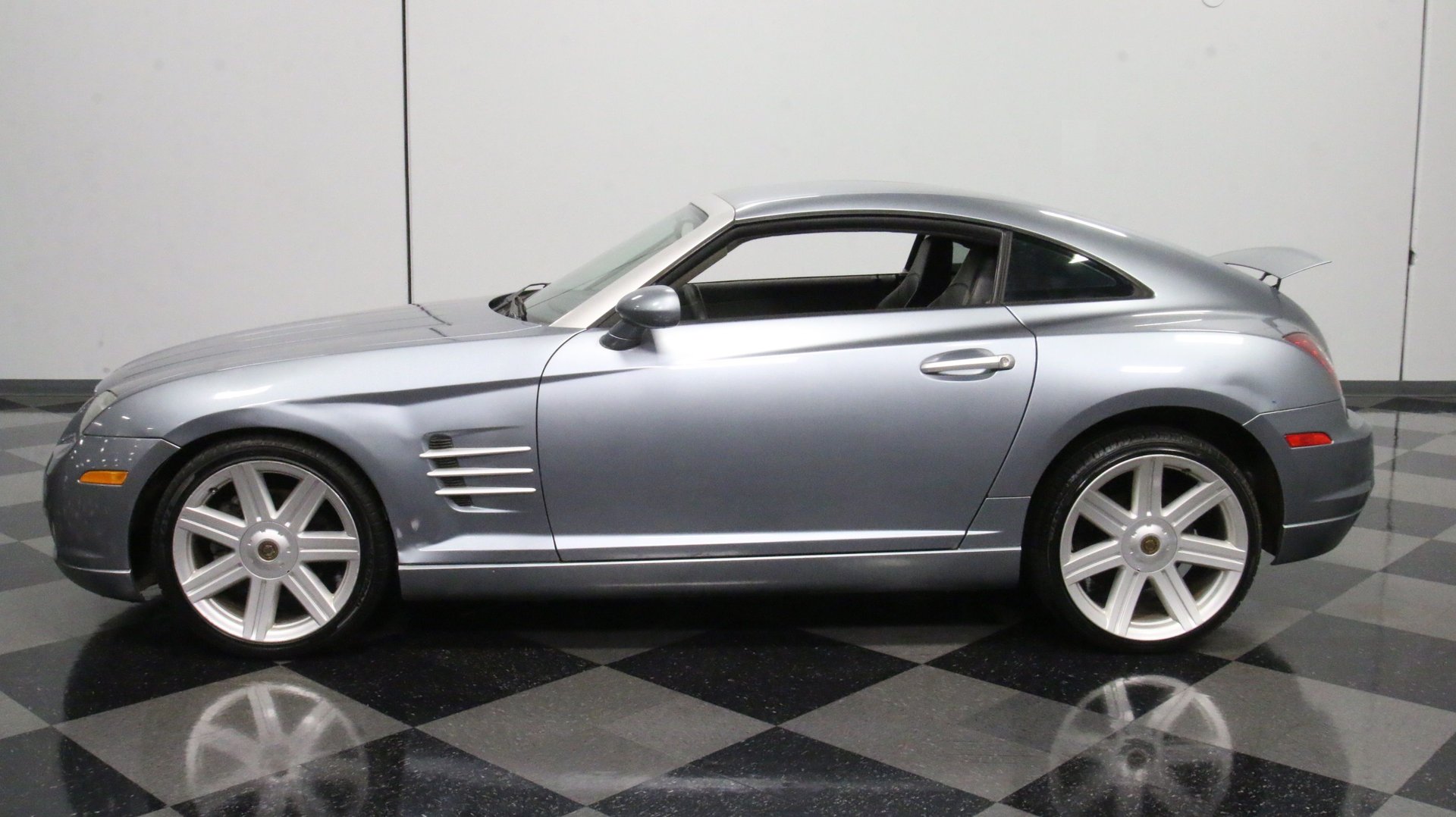