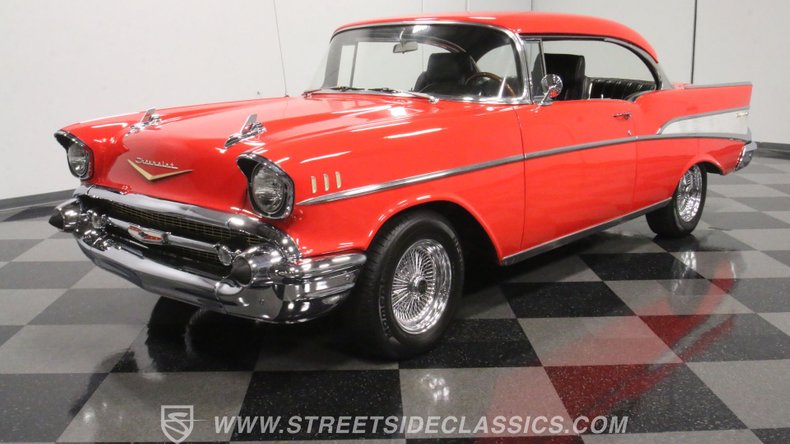 It's beyond question among the most iconic of all American-made cars: the '57 Chevy. And not just any '57 Chevy, but the Bel Air, Chevy's top of the line flagship of its era. Immortalized in movies and song, this 1957 Chevrolet Bel Air Hard Top is a super appealing member of this famous automotive class and offers all the curb appeal the model is known for, combined with a reassuringly solid running condition.

As strongly linked with American car culture as the '57 is, it's hard to believe that Chevy's original intention was to come out with an entirely new look that year, but plans were delayed and the folks behind the Blue Bowtie set about making changes to the existing design - hitting an undisputed home run in the process. The resulting more aggressive front grille and bumper and more pronounced tail fins are represented in exemplary fashion on this '57 via its straight appearance and sharp badging. Cloaked in an appealing shade of red, with off white accents on the rear quarter panels and an enhanced collection of chrome on board via its top tier designation, this Bel Air positively glows with vitality and its exterior alignment is on point. The paint has a great shine to it, as well as a uniformly smooth texture. The tastefully inclined stance strikes a nice balance - noticeable enough to convey a taste of customization while not going so far as to compromise this classic's ride. The absence of the B-pillar at the rear roofline - a feature that comes part and parcel with the more seldom seen hardtop configuration - gives this '57 a look all its own.

An inviting interior awaits, mixing relatively modern elements alongside vintage parts. The high-backed black vinyl buckets come from a more recent car and offer a level of support that would be out of reach using the original components. They blend nicely with the rear bench seat and both appear ready for many miles of future use. One of the first things you're likely to notice is just how abundant the interior room is - a definite plus, since there'll be no shortage of exuberant passengers as you take this beauty out on the road to show her off. A compact center console sits between the buckets, while farther forward, the dash area is looking strong, with a GT Grant steering wheel perched on the column, functional gauges in the instrument cluster and an ornate stretch of chrome trim spanning the width of the cabin. An aftermarket air conditioning system is in place and it too is working great, blowing cold and strong to keep things comfortable.

Below the hood, things remain in largely stock configuration, somewhat of a departure from the norm that's good to see from time to time. The 283 cubic inch V8 at its center is period correct and appears to be nicely maintained, showing a cleanly painted block, heads and valve covers and a compact chrome air cleaner on top. The vintage small block pairs with a 4-speed manual transmission whose shifter is mounted on the tunnel for easy access and an upgraded alternator sits in place of the original generator to provide far more reliable starts and overall operation. Front disc brakes help bring fade resistant stops as this beloved classic cruises the boulevard on its set of 15" custom wheels wearing BF Goodrich Momentum tires that appear to be nearly new.

This 1957 Chevrolet Bel Air Hard top offers the opportunity get behind the wheel of a true automotive icon that's in rock-solid, road-ready condition. Call today! 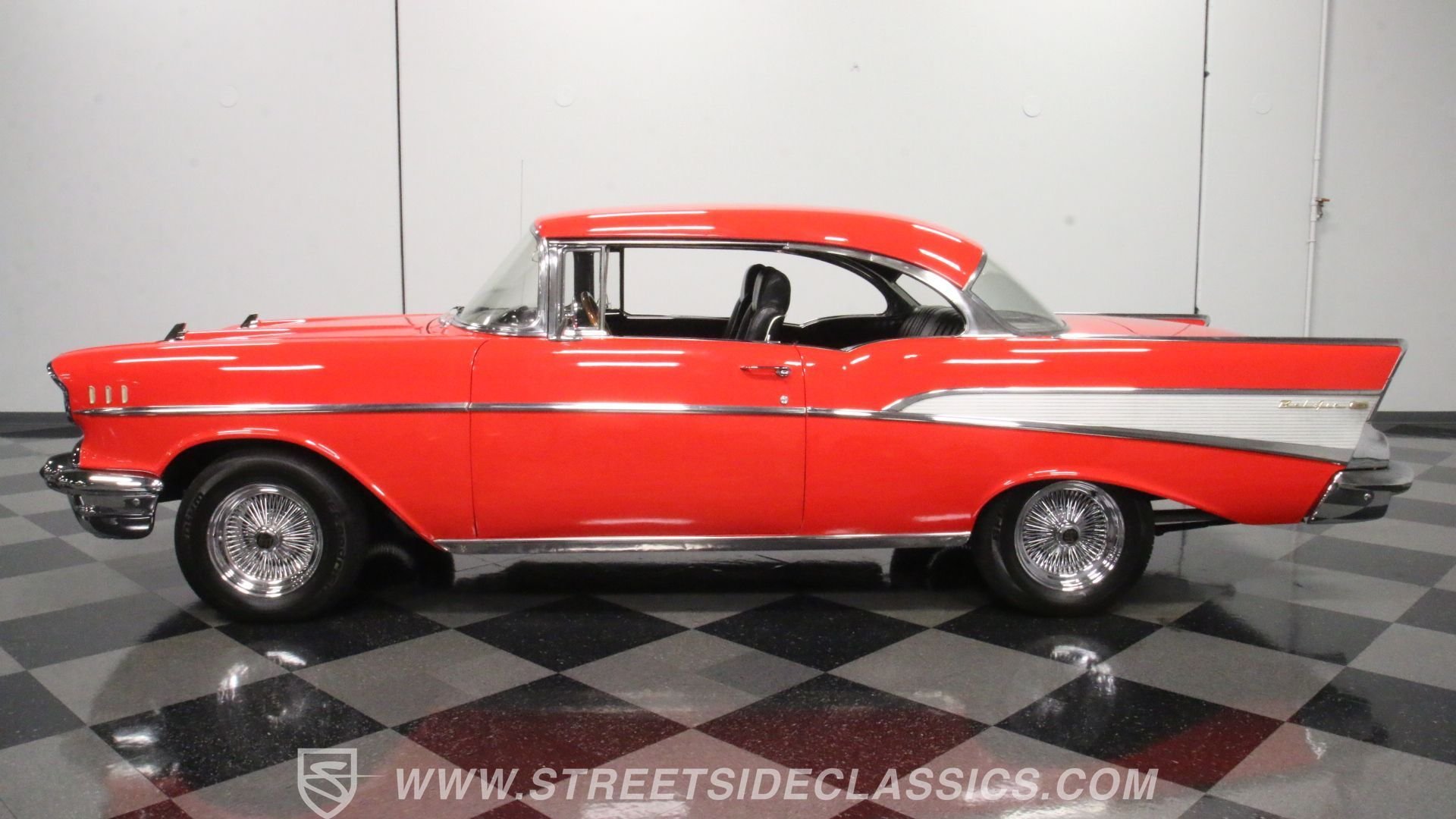