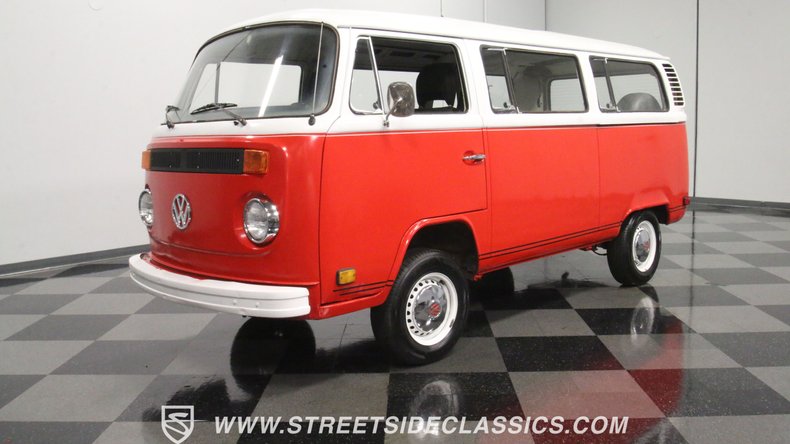 There are few classics on the road that carry more intrinsic meaning than the noble VW bus. In their heyday, they didn't just represent a dependable, no frills transportation option, but something much more profound. They became a symbol of an entire counterculture, a "statement on wheels" that represented the freedom to pick up stakes at a moment's notice and venture wherever the road might beckon. Dressed in the exterior treatment so closely associated with the model, this 1977 Volkswagen Bus Type 2 presents a compelling opportunity. It offers a solid running condition that will allow you to get out on the road and put a knowing smile on the face of onlookers just as soon as you get it home and, with some work put in, can be elevated to so much more.

VW had quite a knack for creating vehicles that readily lent themselves to nicknames. Just as its stablemate, the Beetle, garnered a few of its own, Type 2s like this one have come to be known as "mini-buses", "micro-buses" and even "Kombis" in their native land. Even though it debuted years after the first of its predecessors rolled off the assembly line, this '77 retains that distinctive blunt nosed front end - it's more than a visual novelty, as it comes via the model's "forward-control" configuration that moves the front portion of the cab directly over the front axle to maximize interior space. It's dressed in a signature two tone color figuration, combining a red body crowned by white over the top portion and while the exterior will need some refining to reach its top form, this Bus is as evocative as they come. Drive it as it is or put in the necessary steps to elevate its visual game - this is a vehicle that will definitely get its share of positive responses as it cruises down the road.

As you enter through the sliding side door, the dividend of this VW's distinctive exterior configuration becomes evident right away. Put this adventure machine side by side with a station wagon from its era and you'll see that it has exponentially more interior room. Just as is the case with the exterior, the interior represents a sort of "blank canvas" as opposed to a finished driving environment, but you'll have no trouble seeing its ultimate potential as you look around inside. The black vinyl surfaces of the two front buckets may be a little rough, while the rear bench seat is surprisingly clean, yet both are still plenty usable, so there would be nothing keeping you from getting the fun started just as soon as you bring this classic home - the original factory radio even works as intended to provide an audio backdrop for your journeys. The absence of the customary middle row creates a generously proportioned space lending itself to all kinds of customization options.

In back, the 2000cc 4 cylinder engine that propels this vintage ride is both period correct and solidly functional. It's fed by a factory issue 2 barrel carburetor and teams with a 4 speed manual transmission geared to optimize the abilities of the compact powerplant and fires up with a turn of the key while sending that instantly recognizable VW exhaust note out of its aftermarket muffler. Independent suspension at both ends makes this Bus a surprisingly agile navigator as it cruises on its set of 14" white factory wheels ornamented with branded chrome hub caps.

If you're looking for an increasingly rare classic that makes a statement unlike any other, you have to check out this 1977 Volkswagen Bus Type 2. Call today! 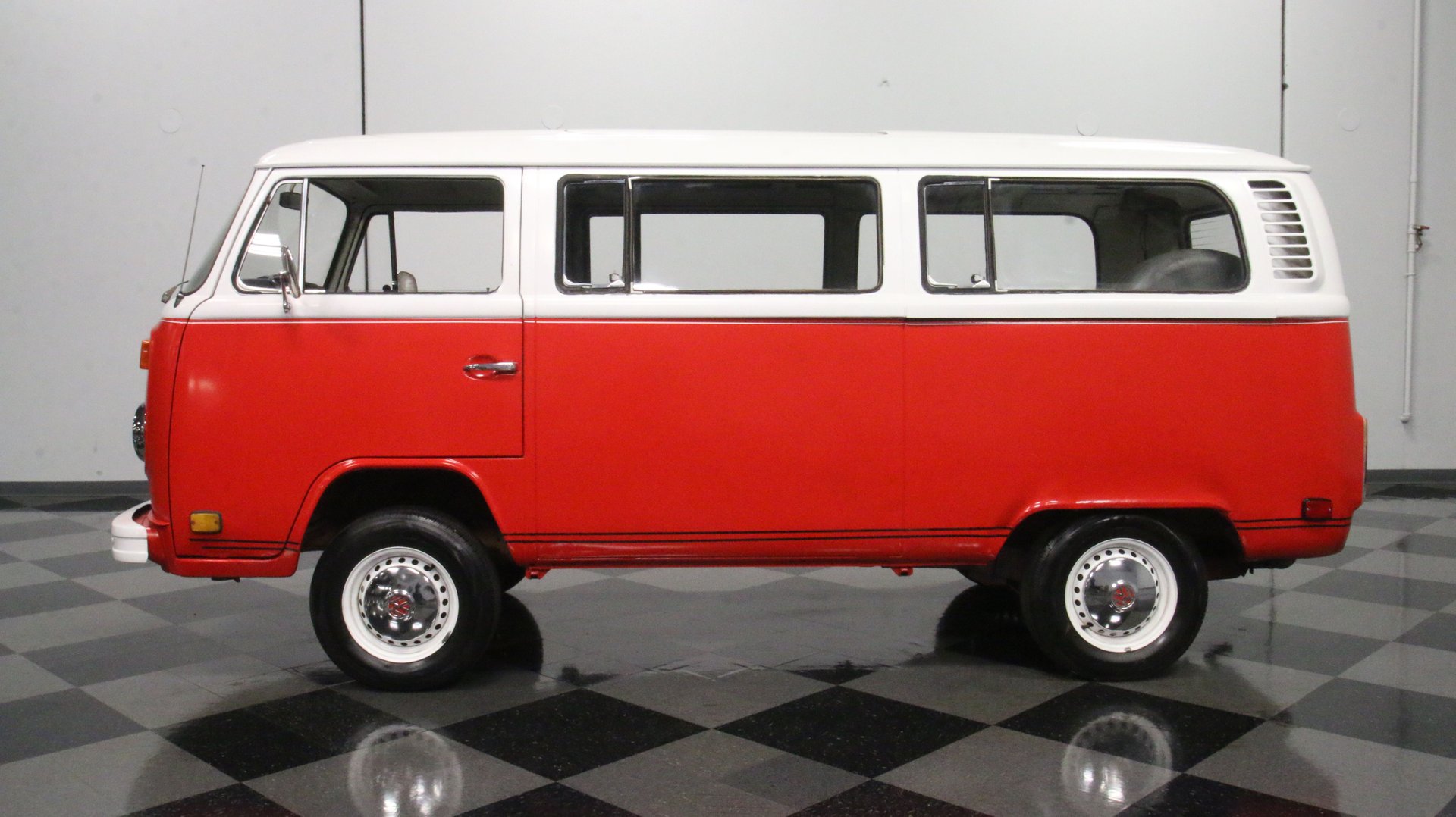