×
back
1977 Pontiac Firebird Trans Am Tribute 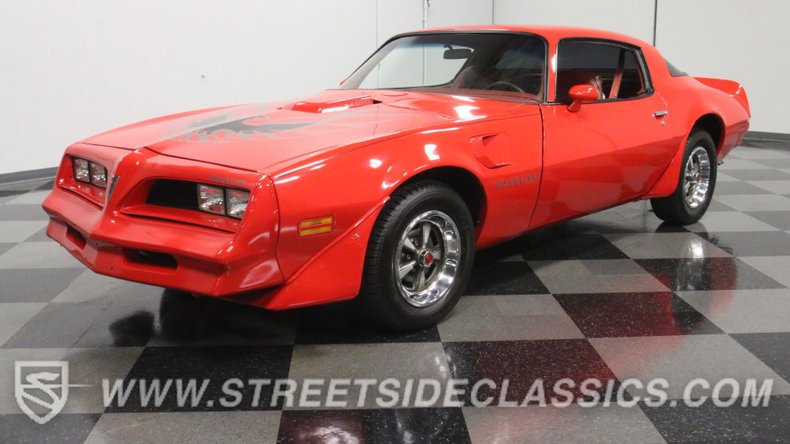 Not all that many vintage muscle cars have had the good fortune to have come through the decades as well as this 1977 Pontiac Firebird Trans Am Tribute. Running strong and looking sharp, it's been ably configured with the style and vibe of the top tier Firebirds of its day. With its low-slung, futuristic second generation form, it's already a definite head turner in its present state and it wouldn't take much at all to elevate this iconic classic to the next level.

What better way to dress such an already appealing muscle car than in the magnetic red exterior this '77 now wears. That it provides the car with a thoroughly authentic appearance comes as no accident, as it's a skillful rendition of the Buccaneer red shade featured on quite a number of Pontiacs during this era, and the signature black Trans Am decals over the scooped hood and front fenders really pop against such a vibrant background. These second generation Firebirds capitalized on the runaway popularity of their predecessors, adding an even wider track and a lower, more road-hugging stance and the distinctive slant they put on the split front grille - itself a hallmark of the model over the years - came just as this specimen rolled off the assembly line. While the paint itself could use a little refinement to reach top form, make no mistake - this car will have no trouble attracting plenty of attention as it stands.

Just as is the case with the exterior, the burgundy-colored confines of the interior will easily capture your imagination but need some refinement to return to top form. There's a good foundation to work with and there'll be no issues taking to the asphalt as soon as you get this car home, but some well-focused attention at the hands of a skilled upholsterer will help return this Firebird's driving environment to the stellar condition it deserves. From the look of things, some of the work has already been done - the carpet lining the floor is in good shape, as is the center console partitioning the front buckets. The factory gauges are still easily readable behind their lenses and the signature textured panel they're surrounded by - a sort of precursor to the carbon fiber accents we often see today - is as clean as can be. The vacancy at the center of the dash awaits your choice of audio equipment to fill the cabin with sound.

This classic is powered by a 400 cubic inch V8 that not only harkens back to the earlier days of the model while mirroring the biggest displacement engine option of the previous generation, but also circumvents the often lackluster performance that characterized many mid-'70s powerplants due to increasingly stringent emissions standards. Fed by a 4-barrel carb, the big block pulls with gusto and sits in a thoroughly stock engine compartment, teaming with a 3-speed automatic TH400 transmission that's shifting smoothly to make for a very solid vintage drivetrain. Smooth power steering pairs with the Firebird's road-hugging stance to make putting the car through its paces a lot of fun, while power brakes with discs up front bring prompt, fade-resistant stops. This appealing Pontiac cruises on a set of 15" PMD wheels wrapped with Uniroyal Tiger Paw tires that add just the right finishing touch.

Its rock solid running state will have you behind the wheel enjoying yourself without delay and the evocative style of this 1977 Pontiac Firebird Trans Am Tribute will transport you back to a much simpler time. Call today! 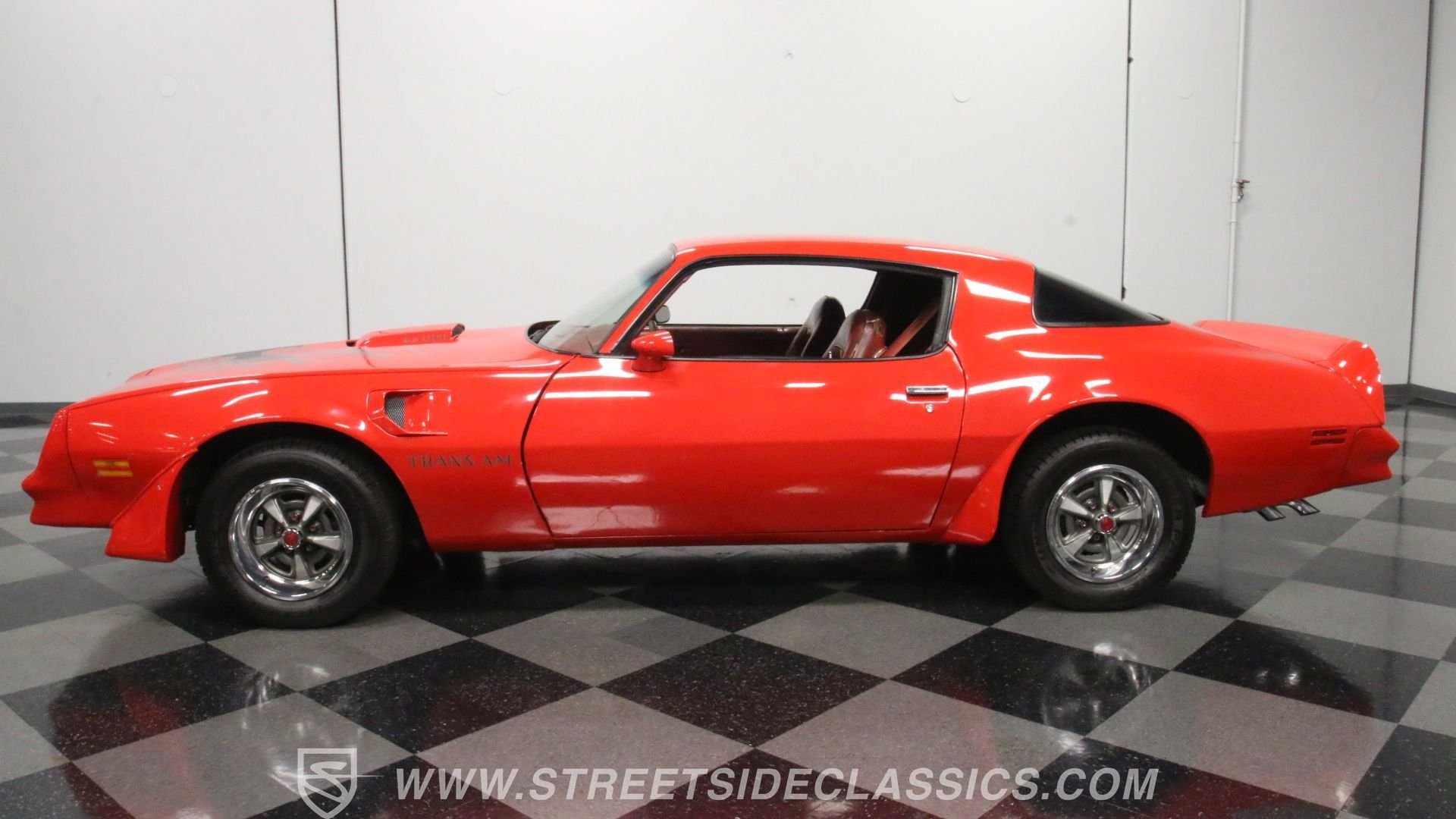