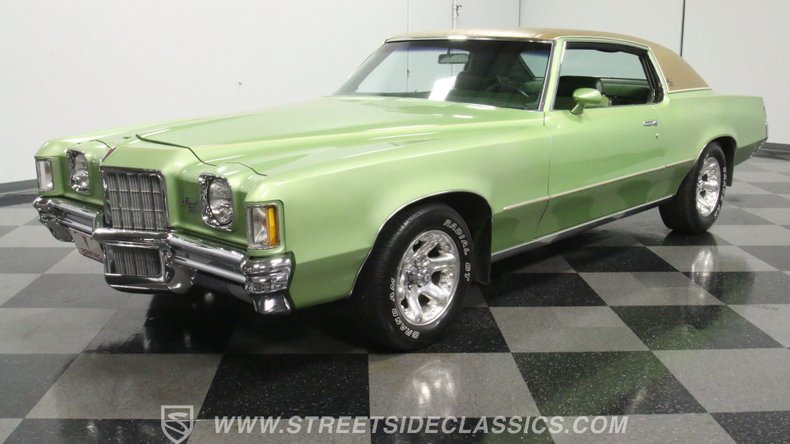 It's not often you come across a coveted early-'70s cruising machine that boasts the level of originality of this 1972 Pontiac Grand Prix Model J. It features its original colors both inside and out, along with what is almost certainly the very same big block it began with, still pulling with gusto from beneath the hood. It's a long, stylish ride that also comes complete with its factory build sheet to attest to its authenticity, along with the original dealer invoice and warranty card to add some historical perspective.

With its distinctive styling, generous proportions and electric green paint, this Pontiac has some serious curb appeal. It occupies an aesthetic territory often sought after yet seldom attained - visually embodying its era while at the same time looking different from its counterparts. Long in the hood and offering a sloping rear roofline, its muscle car influence is obvious. It's not only decked out in its original color, but largely the original paint and it presents impressively well, with a consistently smooth texture. Up front, a pair of close-set headlights straddle a compact, pointed grille - a defining styling cue for Pontiacs during this era - and the bumpers at both ends are in excellent shape. The accompanying vinyl top, another aesthetic cornerstone during this time, is also in top form - judging from its unusually fresh condition, this Grand Prix has spent most of its down time safely sheltered indoors. 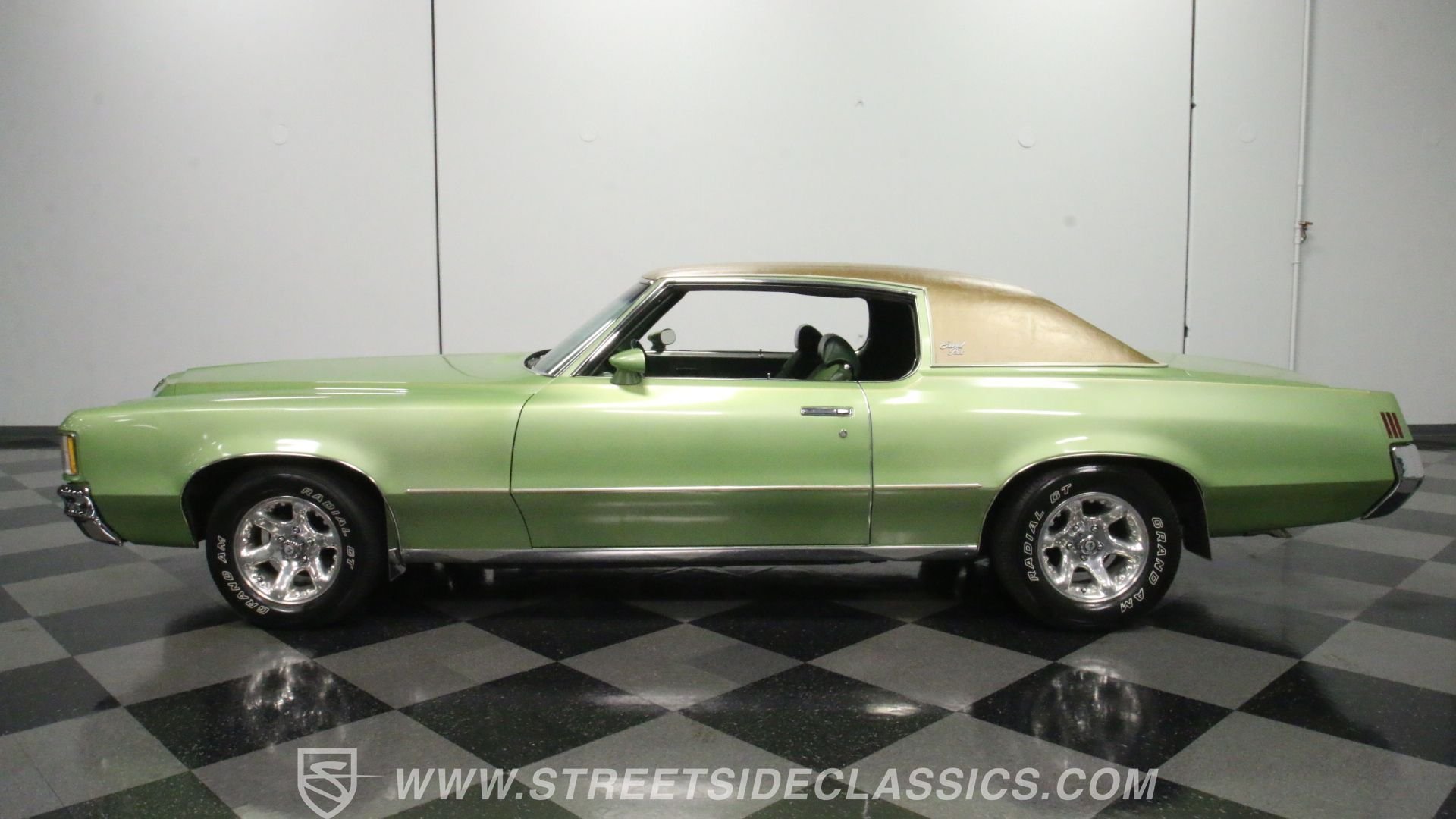