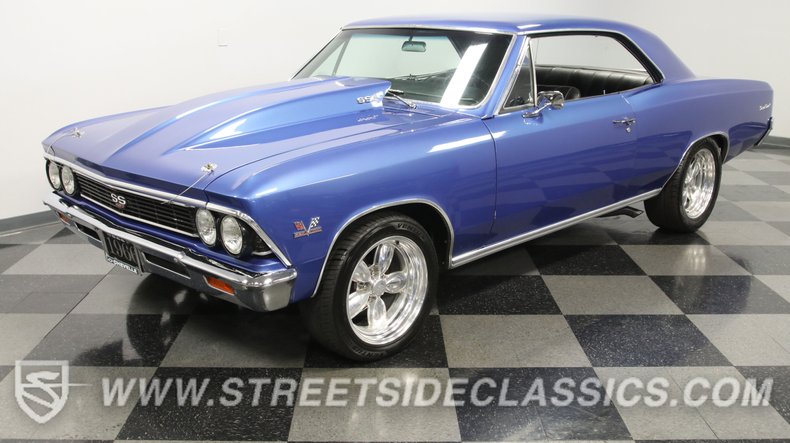 With its rugged, squared off first generation shape and potent, rumbling big block power sitting alongside an array of standout components under its hood, this 1966 Chevrolet Chevelle SS Tribute has been carefully configured to mirror the upper crust Super Sport representatives of its model. This is a cruiser that will definitely turn heads on the boulevard and it features a reassuringly solid driving condition, so the fun can get started just as soon as you bring it home.

This '66 represents the model after it received a fairly thorough updating the very year it debuted. Its brawnier overall look, broad track and robust front end, along with the distinctive flying buttress rear roofline, provide further evidence of Chevy's handiwork. The very appealing blue exterior it now wears is just a stone's throw from a couple of the selections on the Chevy color chart during its era, so it's got a properly stock appearance that's maybe just a slight bit more vivid than its stablemates as they left the assembly line. Its scooped hood clears out space for the sizable engine lurking just below and is ornamented with a pair of chrome hood pins that are a nice added detail and a blackened front grille further adds to this Chevelle's pleasingly aggressive appearance. Trademark Chevy flag badges on the front fenders, as well as the clean Super Sport badging on all four sides, provide an effective callout to its Super Sport inspiration.

The black interior features front bucket seats and merges the feel of leather with the durability of vinyl. It retains an almost entirely factory configuration, with just a couple of cool aftermarket touches blended into the mix. While if you look very closely you may be able to find some subtle signs of wear inside the doors, this is a great looking driving environment and, as you lower yourself into the driver's seat and take hold of the Lokar-style shifter to put this classic into gear, you'll suddenly find yourself in a great mood. Below, the floor is lined with fresh black carpeting and when you peer through the steering wheel, you'll see an impressively clear instrument cluster that's joined by both a Sun Pro tachometer on the steering column and a trio of matching gauges mounted just below the dash. At the center, the AM radio is still in place to add to the authentic feel, but there's also an Audiovox FM modulator on board to expand your audio options. The air conditioning is in top form and cools the cabin as needed via in dash vents.

An expansive 454 cubic inch V8 sits in the engine compartment, decked out with Edelbrock valve covers that blend nicely with the other chrome components beneath the hood. The big block starts easily, pulls with plenty of strength and teams with a smooth shifting 3-speed automatic TH350 transmission to make up a very able drivetrain and is fed by a polished Quick Fuel 4 barrel carb to help extract the most from its substantial displacement. A pair of headers leading to tailpipes that terminate just short of the rear wheels add just the right exhaust note. Power steering makes for easy navigation, while power brakes that feature discs up front provide low-effort, fade resistant stops as this sharp Chevy cruises the asphalt on its 17" polished American Racing wheels. 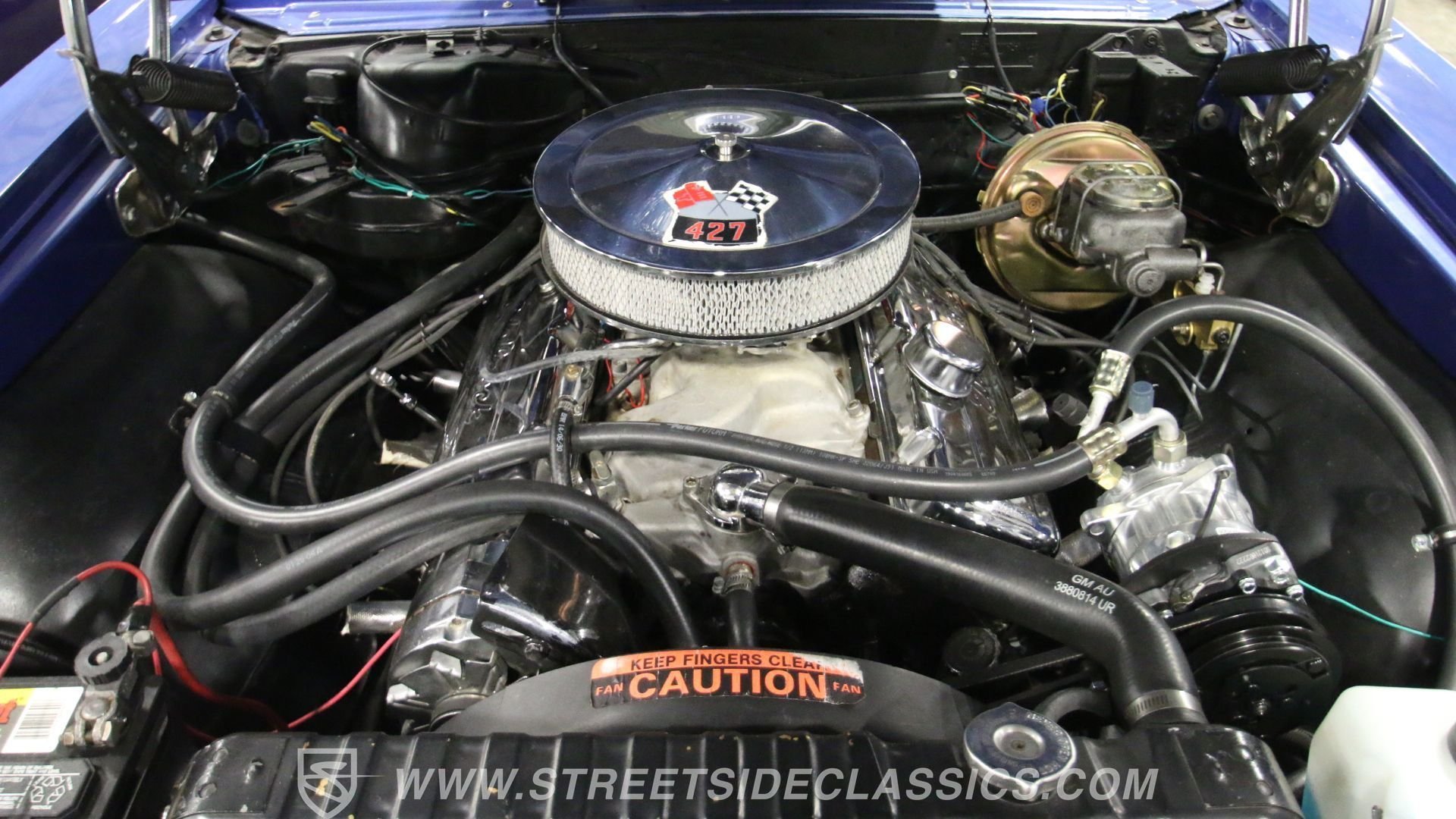