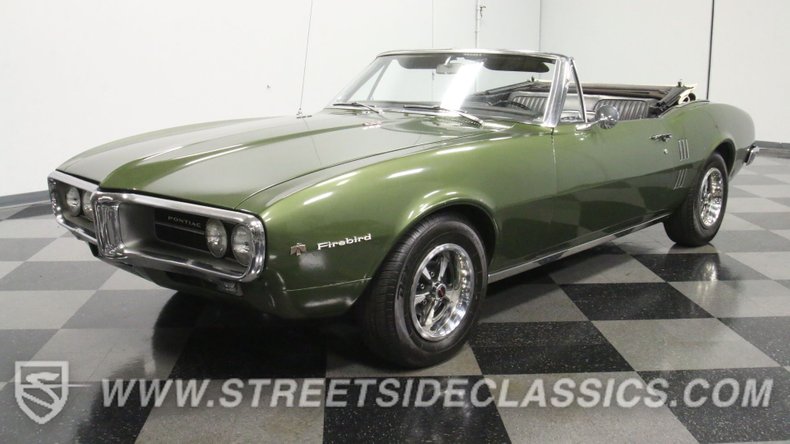 Looking for a truly distinctive open-air classic? This first generation '67 Pontiac Firebird Convertible is far more seldom seen than its muscle car counterparts, and it's running strong to provide that unmatchable feeling of being behind the wheel of a true convertible icon with just the blue sky above you. Its solid, road-ready status means there's nothing keeping you from getting this classic out on the road just as soon as you get it home, and with some refinements, it can be returned to its former glory.

This Pontiac model has such a memorable look that just the mere mention of its name will conjure its image up right way, but GM had originally bestowed the "Firebird" moniker on a couple of its concept cars from the late '50s - one of which bore a striking resemblance to the Batmobile featured on television in the mid-60s. While this '67 is noticeably more refined than that TV icon, it's a very appealing classic, with its distinctive front end wearing a prominent stretch of chrome separating its grille into two halves - a styling cue that really sets it apart visually from its rivals of the era. It's still clad in the same green color it debuted with and it's also likely the original paint, so while the shade looks great in this setting, a trip to the paint booth for some freshening up will really elevate its authentically stock appearance. Should the skies darken while you're out on the road, a white vinyl convertible top stands by to protect you from inclement weather and it raises into position smoothly.

The black vinyl interior also remains in almost entirely original configuration and proudly wears the same survivor status as what's on display outside the doors. As a result, you'll see evidence of the passing years on the surfaces of the seating and maybe some other areas of the cockpit, but this driving environment is ready to serve in its present state and does offer some definite positives - all components are in place and the dash pad has already been replaced, for starters. Peer through the steering wheel and you'll see that the factory-issue gauges in the instrument cluster are still surprisingly clear and readable - especially for a convertible, where the interior receives more UV exposure - and they're still functional while being joined by a duo of aftermarket displays just below. Raise the deck lid and you'll find a full size spare inside the trunk and a solid rubber seal in place to keep the elements out.

The period correct 326 cubic inch V8 standing by in the engine compartment is really running strong. It's been further enhanced by an aftermarket 4-barrel carb and upgraded intake manifold and it exhales into a pair of headers to minimize backpressure, sending a nice, deep note out into its dual exhaust. The motor pairs with 3-speed automatic transmission that shifts with convincing firmness to make for a drivetrain you can be confident in hitting the road with, and when you do, the featured power steering will make those future miles all the more enjoyable. This coveted cruiser rolls on a set of 14" PMD wheels with chrome center caps that are wrapped with Dextero tires that appear to have a good amount of tread remaining.

If you're on the hunt for a sharp, late '60s muscle car classic that's got distinctive styling and offers a ton of upside potential, you should check out this 1967 Pontiac Firebird Convertible. Call today! 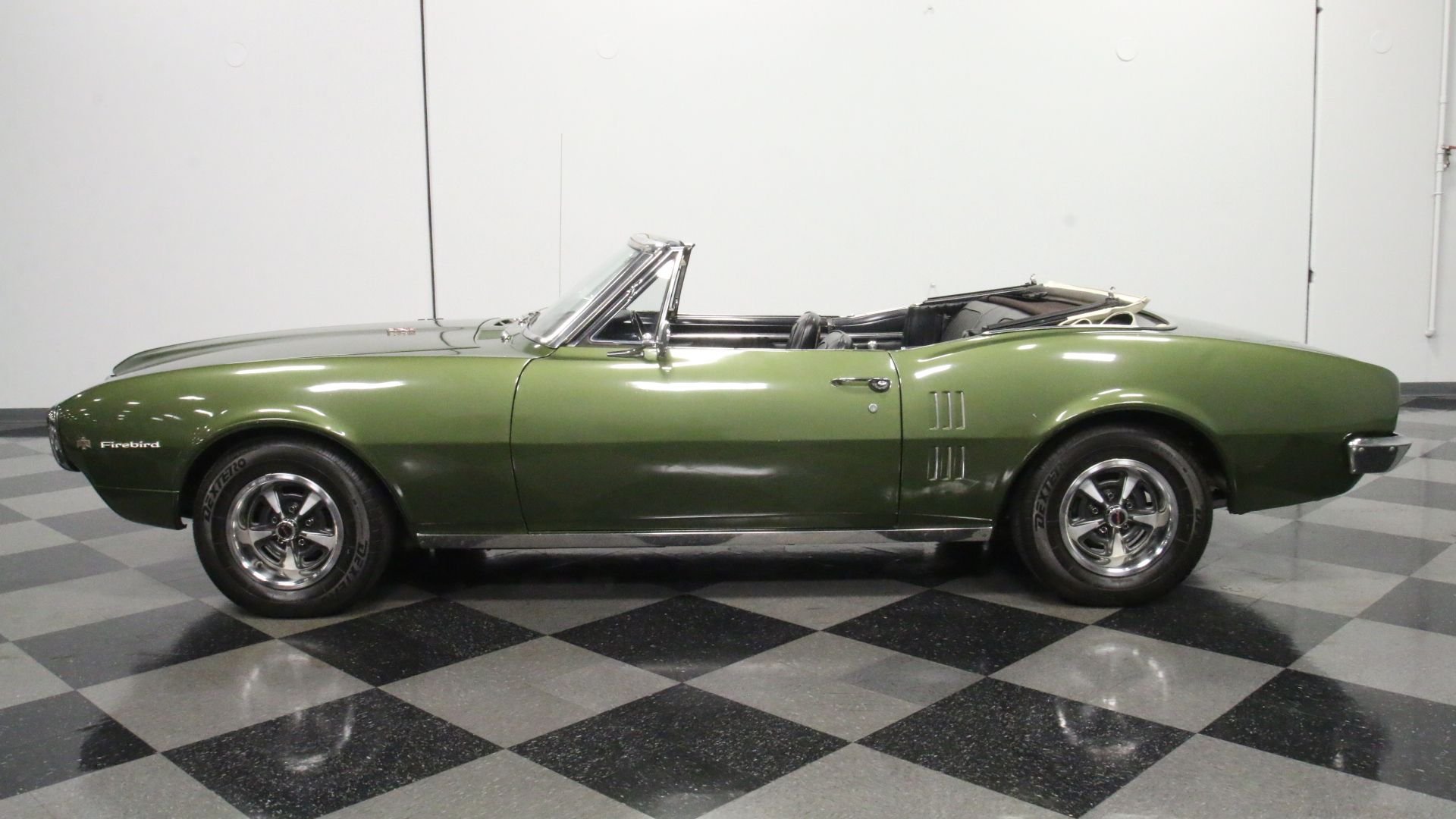