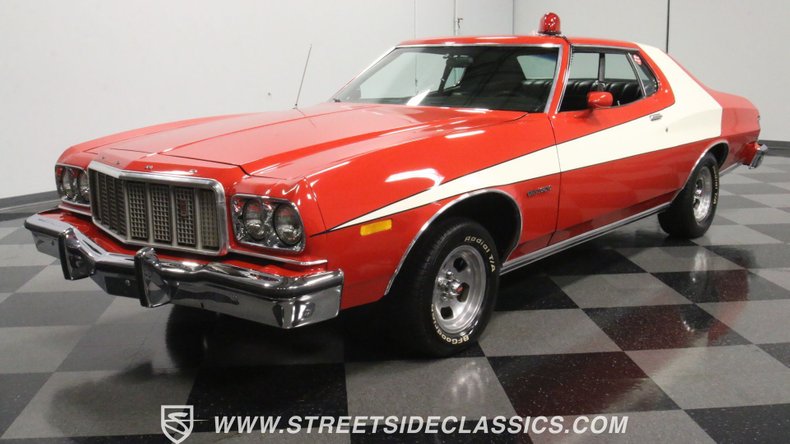 Decked out in an unmistakable color scheme that mirrors the pivotal vehicle transporting one of TV's best-known police duos on their adventures, this 1976 Ford Gran Torino Starsky and Hutch Edition is a veritable time capsule on wheels. Today's ready access to television classics heightens this car's impact all the more - over the decades we've invited it into our living rooms and now some lucky owner will have the opportunity to invite it into his/her garage. And talk about collectability! There were only about 1000 of these special edition Fords built to begin with - most have long since fallen by the wayside. Rest assured that this '76 comes with plenty of documentation to prove it's the real thing.

It didn't take long for its namesake TV series catch fire in the mid-'70s and the fact that the featured Gran Torino quickly became a conversation piece wasn't lost on Ford execs. They parlayed the flashy ride's popularity into a "must have" special edition muscle car, dressing it with the same bright red exterior ornamented by a prominent vector stripe running from its rear roofline down the length of its sides. That paint scheme was faithfully refreshed on this '76 a while back and still presents nicely. As you'd rightfully expect from a classic that was in such rare supply to begin with, it's been kept in stock configuration and wears a collection of exterior chrome fittings that are looking strong - both the front and rear bumpers were almost certainly re-chromed, at the very least. Having never ventured onto hostile, salt-covered roads, this icon rides on a solid, unblemished foundation and even comes with a red light to mount on the roof should you ever participate on the car show circuit.

From all appearances, nearly everything inside the doors has been refurbished to this special edition Ford's factory specs. Both rows of bench seating wear well-fitted black vinyl covers and loom over an expanse of fresh matching carpet, while above the headliner fits nice and snug and is in excellent condition. Owing to the Gran Torino's generously sized wheelbase, there's quite a bit of real estate inside the cabin and your backseat passengers will have no problem getting comfortable when you hit the road to prompt plenty of admiring nods as this car's special pedigree begins to dawn on onlookers. Farther forward, the dash area is in great shape, sporting a distinctive array of 5 multi-function displays in the instrument panel - all of which are fully functional - with the original AM radio still on board at the center.

The 351 Windsor that powers this rolling celebrity is a member of a class of one of Ford's most respected vintage powerplants - it's taken its place beneath the hood in scores of aftermarket projects over the years. Almost certainly the original engine, it sits in a nicely maintained compartment with its properly painted blue block, valve covers and air cleaner, and pairs with a very road-ready 3-speed automatic transmission. While your daily pursuits won't likely be as heated as those featured in the iconic TV series, the power steering will make navigation easy, while power brakes - with discs up front - provide prompt, easy stops as this memory evoking ride cruises on its set of 14" aluminum 5 slot mag wheels wearing BF Goodrich T/A radials. A peek at the undercarriage reveals that it's plenty sturdy to handle future adventures of your own making. 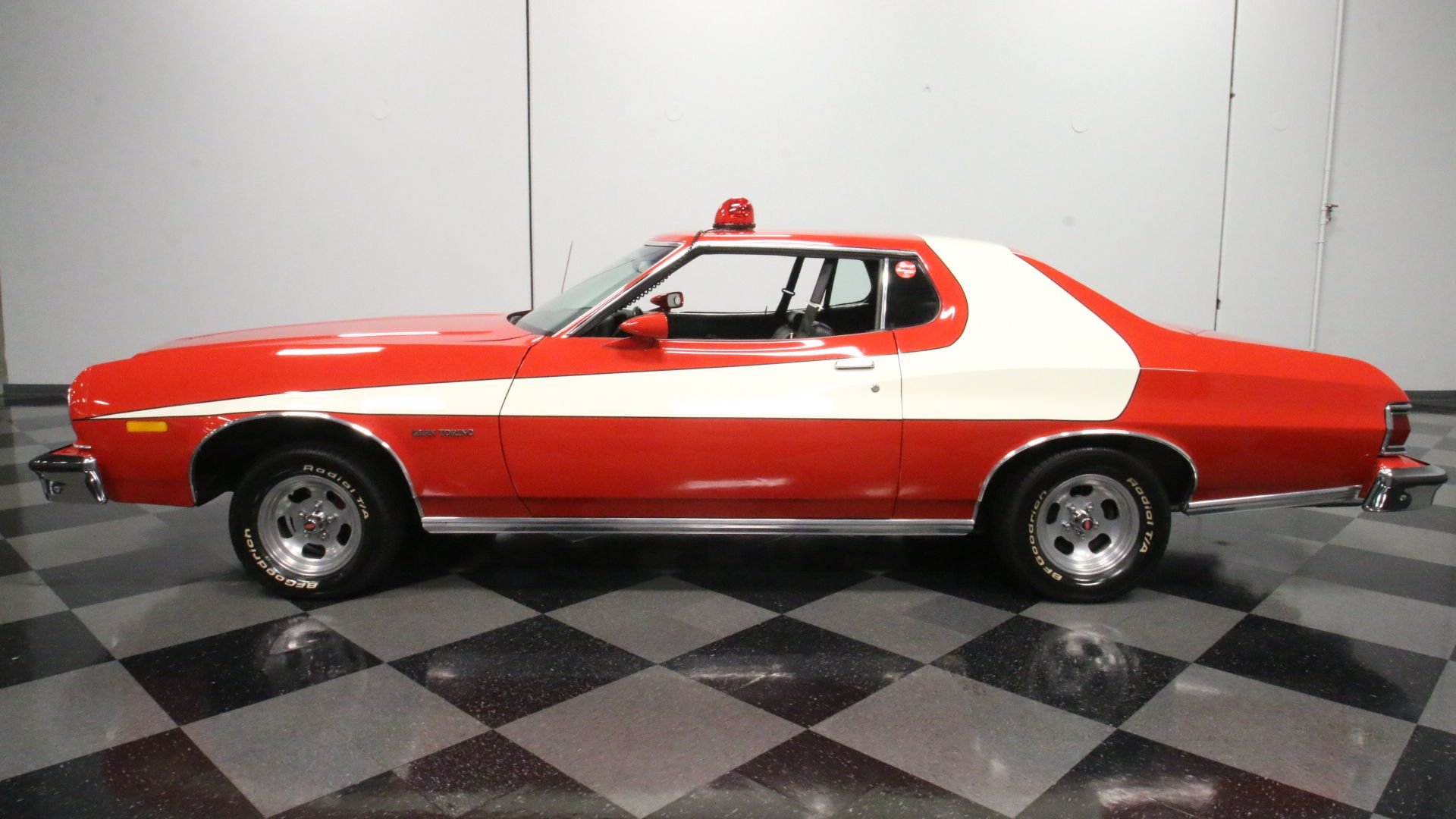