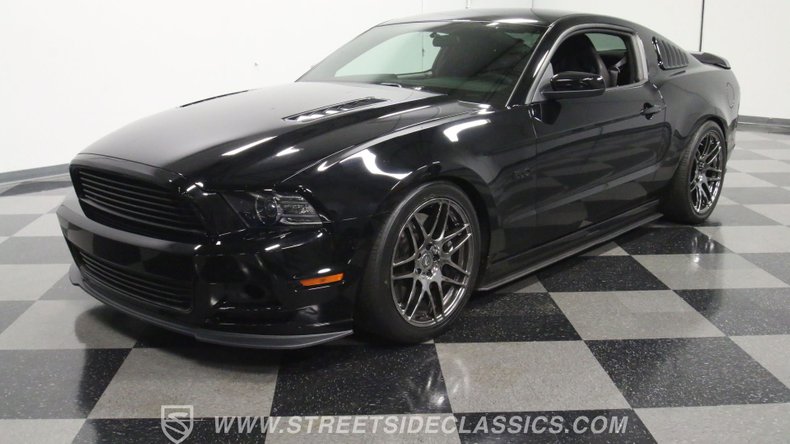 This 2014 Ford Mustang GT came along at the right time to be equipped with a state of the art, ultra-potent powerplant as it exited the assembly line and it's been further enhanced with a dazzling array of outstanding performance components to elevate its abilities on both the street and track even further. All of which makes this meticulously maintained, impeccably equipped Ford an absolutely standout ride.

The factory-issue black paint draped over the exterior has a great shine under a strong clearcoat and remains in very good condition - this Pony has obviously been well cared for and, as you take a close look at the exterior, you won't find any notable blemishes. A well-chosen selection of exterior mods has been added to not only up the curb appeal even higher than it already was - if such a thing is even possible - but to also improve performance during more inspired driving, including front brake cooling ducts, a front chin splitter, Rousch rear and side splitters and a GT500-style spoiler that's now perched on the deck lid. The window louvres near the rear roofline are a definite callback to the vintage Shelby's of the mid-to-late-'60s, while smoked headlights straddle a grille whose badge-less appearance gives this Mustang a seriously mean look when viewed from the front.

Inside, most everything remains in stock configuration - not surprising since the upper crust Mustangs of this time period were already outfitted with compelling driving environments upon leaving the factory. Take a glance around and you'll see that the entire interior is in good shape, with no signs of excess wear or damage and a pair of Recaro racing seats take their place up front to offer plenty of support for corner carving pursuits. This GT may have the abilities of a track-bound racer, but there's plenty of comfort and convenience on hand here as well, including power locks and windows, cruise control, air conditioning, driver and passenger side airbags and a Python 2-way alarm system to help ensure this outstanding ride never leaves your possession. The AM/FM/CD stereo sends sound throughout the cabin via a set of upgraded Infinity speakers, a sub-woofer and 2 amps, so the audio experience offered is top notch.

By the time sixth generation Mustangs like this '14 rolled out, they were already equipped with a generous amount of horsepower in their original configuration, and a number of enhancements take performance abilities to an even higher level. The 5.0 liter fuel injected Coyote V8 beneath the hood is one very serious powerplant - so capable throughout its entire power brand that it's become the engine of choice for scores of aftermarket projects. Professionally tuned and running in absolute top form, it's armed with a Boss intake manifold and a BBK 85mm throttle body, among a whole host of other quality add-ons, and is good for 430 horsepower at the rear wheels, as well as 440 lb-ft of torque. The engine exhales into a set of Kooks stainless steel headers that lead to a high-flow H pipe exhaust to minimize back pressure and pairs with a 6-speed manual transmission optimally geared to put all that power to use that's navigated by an MGW short throw shifter. A set of BMR subframe connectors maximizes structural rigidity, reinforcing an already sturdy undercarriage. Upgraded four-wheel disc brakes that feature Brembo rotors bring quick, low effort stops as this ultra-powerful Pony smokes the asphalt on its set of 19" Forgestar wheels outfitted with Nitto tires.

This 2014 Ford Mustang GT offers the chance to own a superbly fortified version of Ford's modern-day muscle car. Call today! 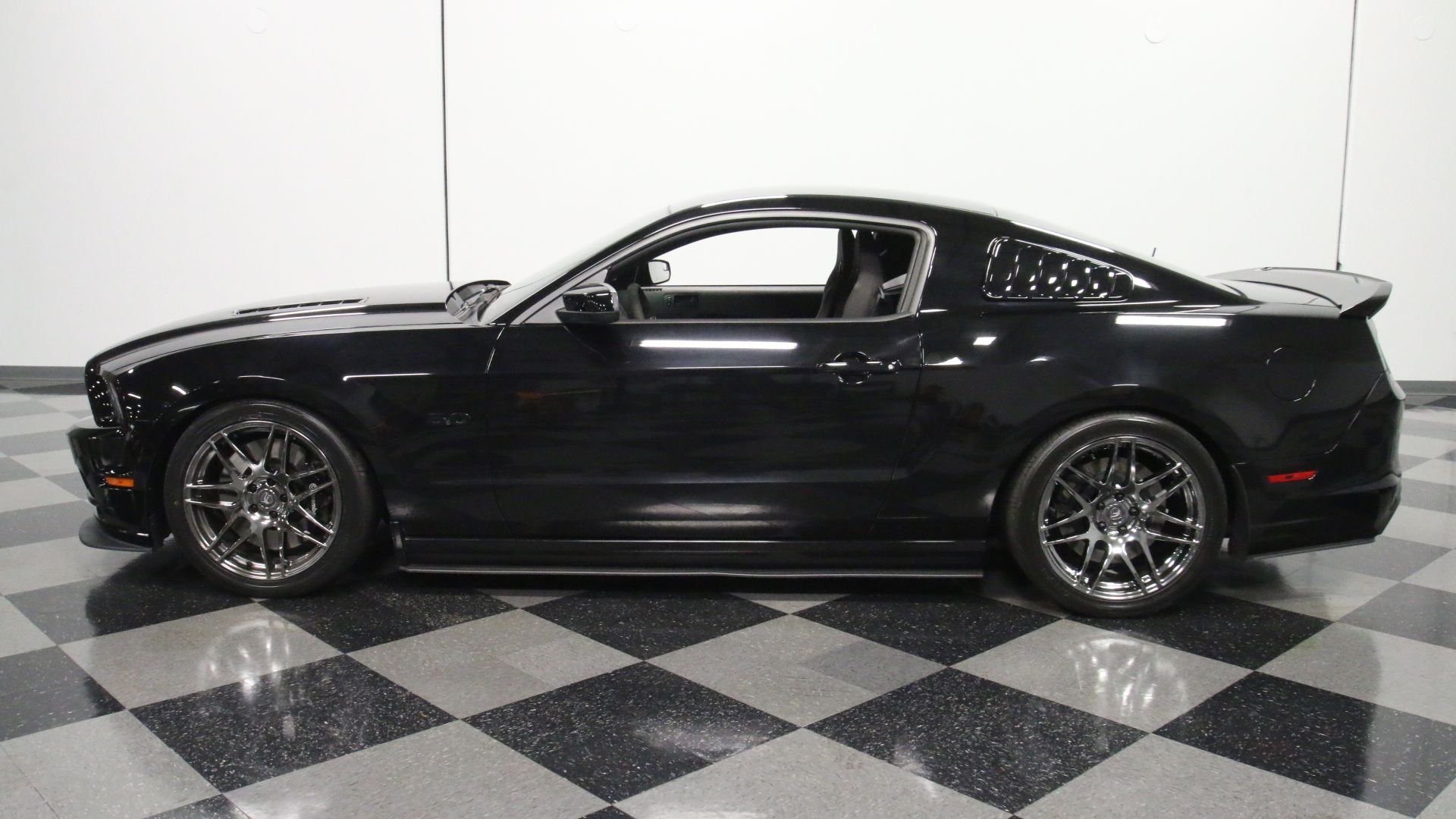