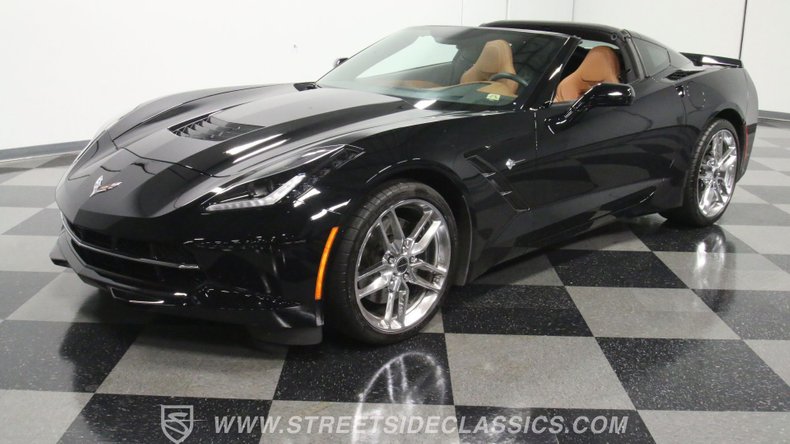 This 2015 Chevrolet Corvette Stingray offers all those styling and technological refinements both inside and out that set its seventh generation apart from its predecessors and, with fewer than 9,000 miles under its belt and having benefitted from consistent care, it's looking great and ready for action. This specimen captures America's sports car at a high point - it has the distinction of bearing the Stingray name after a 47-year hiatus, wears a high impact exterior color and is propelled by a potent engine that anchors a drivetrain that's in absolute top form.

Dressed in black paint that sits under a strong clearcoat and accentuates its inspired styling, this is a ride that will turn heads with ease. It shows all the hallmarks of proper sheltering - the paint still has the same even pigmentation and smooth texture it began with. Step around to the side and its world-beater of a profile will strike you right away, with an aggressive incline from front to back. Not surprising, considering the visual impact it began with, this '15 remains in stock configuration and with its road-hugging stance and sleek shape combining with the technological refinements Chevy lavished onto the suspension, it's a world class corner carver. Its T-top configuration is an outstanding feature, as it affords the ability to transition from open air driving to a more sheltered experience as you so choose, and the removable panels are on hand and seal nice and tight.

Chevy has always put a high premium on equipping their prized model with a top notch driving environment and all you'll have to do is take a look around to see the results of those consistent efforts. There's a lot to like inside these doors, starting with the power tan leather buckets that heat up promptly when called upon and show almost no perceptible wear over their surfaces. Lower yourself into the driver's seat and you'll come face to face with one of the coolest features Chevy ever conjured up - its Heads-Up Display, which unobtrusively projects vital motoring functions onto the lower windshield to eliminate the need to look down at the instrument panel. Should you do so anyway, you'll find that it - as well as everything else in the dash area - is in outstanding shape, and all interior functions are working just as intended. The air conditioning blows strong and cold, there's a navigation system on board to guide your way and the AM/FM/CD stereo also offers both iPod and Bluetooth connectivity for a strong audio experience.

All the firepower needed to propel this relatively light car forward like a rocket is standing by beneath the hood in the form of a fuel injected 6.2 liter V8. Given the Corvette's performance-centric reputation, you'd rightly expect the engine to pack quite a punch and it does, churning out both horsepower and torque in the mid-400 range. Due to its light usage, it's just now past the break in stage and is surrounded by a compartment that appears pretty much as it did when this Corvette rolled off the showroom floor. The engine pairs with an 8-speed automatic transmission ideally geared to maximize its output. There's a fully independent suspension in both front and back that teams with precise power steering, so the handling is very responsive and uneven surfaces are navigated with ease. Power disc brakes at all four corners bring this Corvette's set of ultra-sharp wheels- 19" in front and 20" in back- to quick stops.

This 2015 Chevrolet Corvette Stingray is an outstanding representative of one of America's most beloved models and, having logged so few miles, it's well positioned to offer plenty of future driving excitement. Call today! 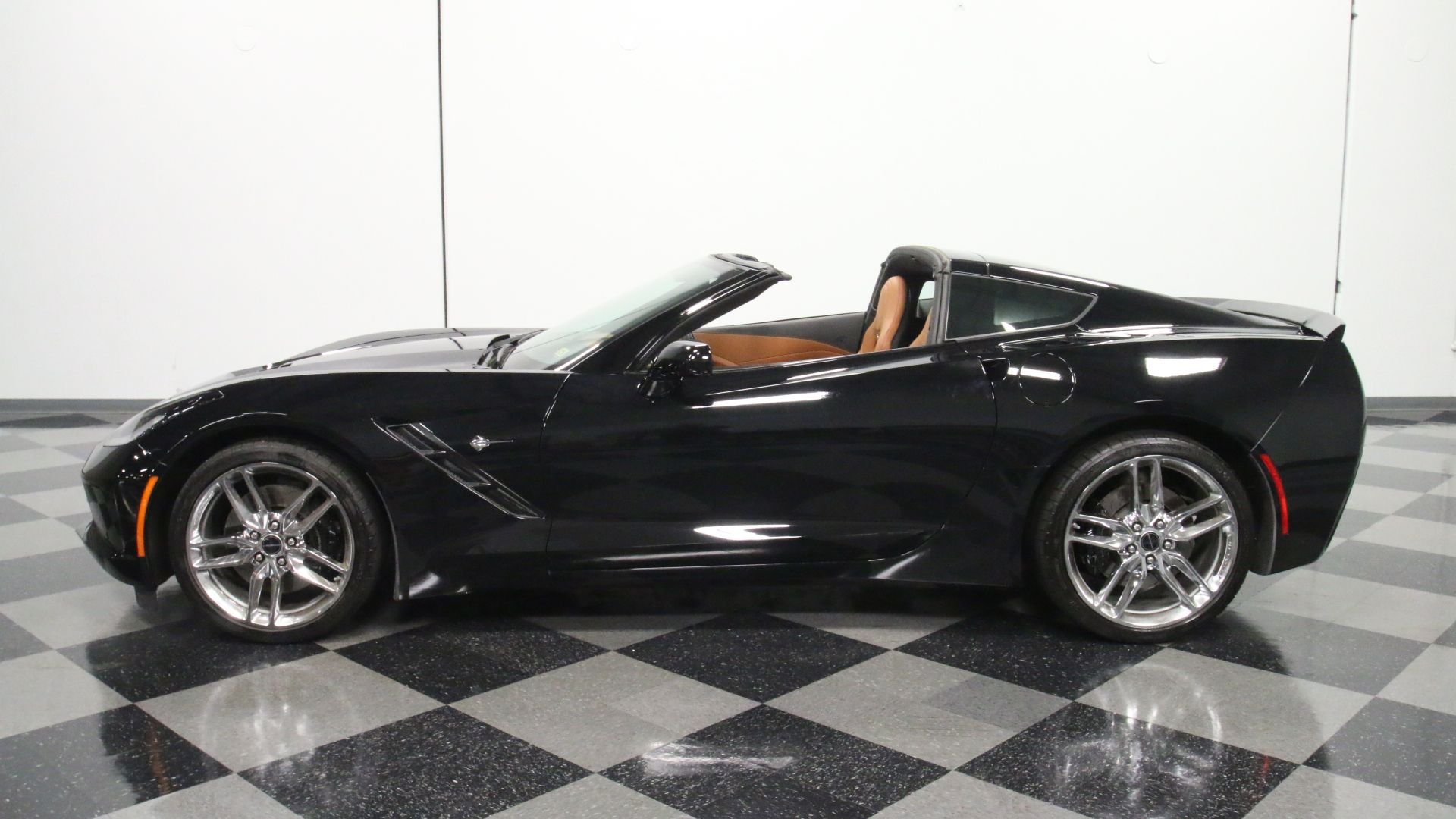