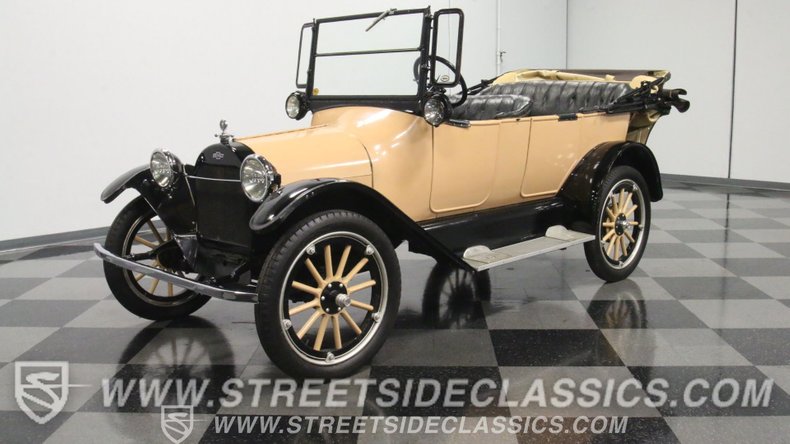 It's far more than an automotive antique - this 1919 Chevrolet 490 Touring Sedan is a bona fide rolling bit of Americana on wheels. After holding court in a museum for quite a while, it pulled off the floor - incredibly, something it's still able to do under its own power - and now awaits its next chapter. Encountering a car from this era that's still in original configuration and this drivable is highly unusual, and this '19 will roll into its next destination with its original owner's manual - not a repro- on hand to provide still more historical perspective.

From the slight angle of the tall, double paned windshield with its pair of fixed wings, to the more cabin like structure perched on the chassis, this vintage Chevy features a number of styling cues that set it apart from its better known rival. It rides on period correct, wagon-esque wheels nicely color matched to the rest of the exterior, which itself is draped in a suitably authentic shade of tan, accented by black fenders and running boards. You'll want to get up nice and close to appreciate both the historical and visual impact this car offers and as you do, you'll notice very few flaws on its exterior. The paint has a semi-gloss luster to it that was a trademark look during its era and the chrome exterior fittings, including the pair of headlights sitting astride a painted black grille bearing the signature Chevy bowtie, remain in fine condition as well. The overall road ready appearance of this pivotal car is obvious when you're in its presence and it bears out when you get it started and take it on the road.

Inside you'll see a black leather interior that's almost certainly been in place since this Chevy rolled off the assembly line. This being the case, you'll see the expected evidence of wear across the two rows of bench seating, as well as the door covers to each side - again, this car began its tour of service literally a hundred years ago. A full collection of gauges resides in the black steel of the dash - looking surprisingly similar to their counterparts coming along quite a bit later - but a clear reminder of just how time and technology have marched forward since this Chevy debuted comes in the form of its heating system: it's fueled by a pair of boxes that run on coal! Below, circular pedals and a lengthy shifter sit over a floorboard that appears solid. Lift the hatch just in front of the driver's seat and you'll find the fuel tank standing by underneath.

This vintage Chevy is powered by a 171 cubic inch inline 4 that's period-correct at the very least and more than likely the original engine. Fed by its 1-barrel carburetor, the engine's "valve in head" design features exposed pushrods and rocker arms and represented state of the art technology in its era and it's in surprisingly strong running condition. An antique cannister comes along with the car to oil the apparatus every 30 miles as required to keep it in good form as it teams with a 3-speed manual transmission that's also likely original. This intriguing specimen of early 20th century automotive engineering rolls on a set of towering, period correct 30x3 wheels.

The odds of a car making its way through a full century in original configuration and emerging in the unusually strong condition of this 1919 Chevrolet 490 Touring Sedan are extremely remote, to say the least, so this is an opportunity that seldom presents itself. Call today! 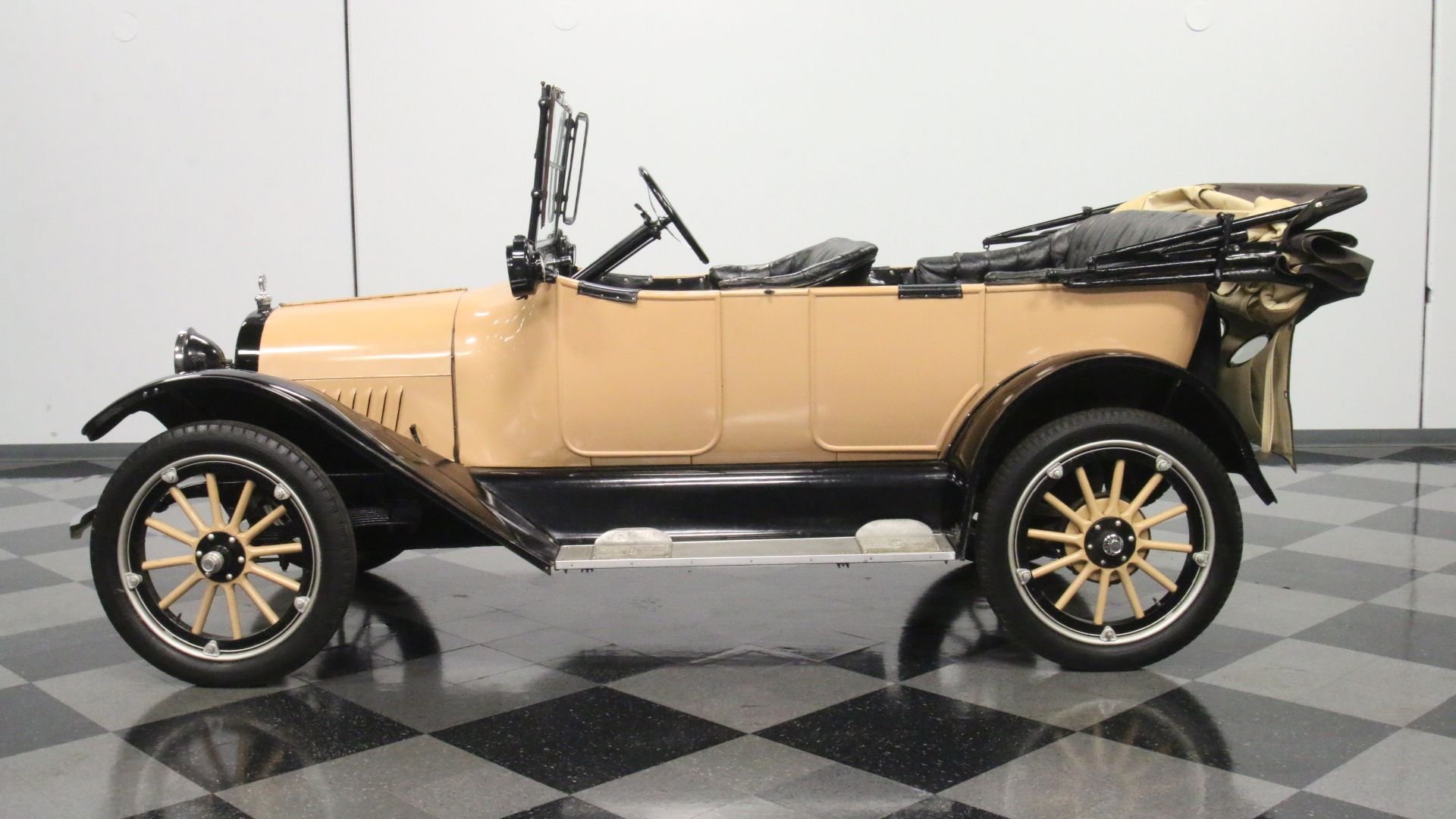