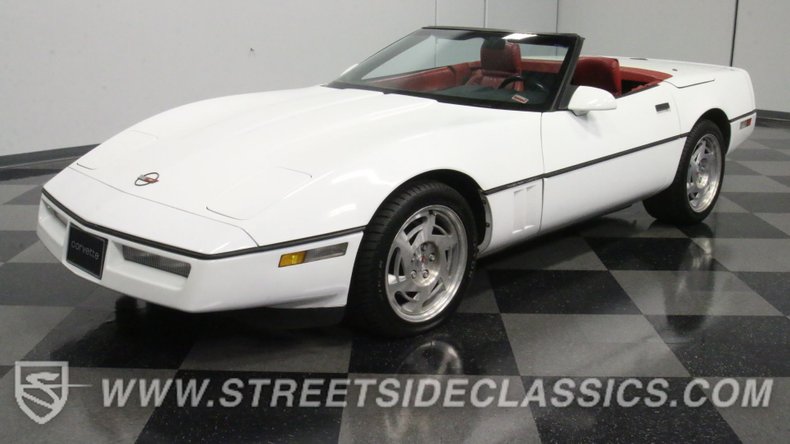 Powered by what's almost certainly its original engine, this 1990 Chevrolet Corvette Convertible offers the opportunity to get behind the wheel of one of America's most iconic open-air classics at a good price. A pretty strong argument can be made that the Corvette has, over the years, offered more consistently awesome aesthetics than any other model to roll off an American assembly line and, with the right attention, this '90 can be transformed into a stellar representative.

As is generally the case with Corvettes, this droptop greets the present day still in its original configuration. The model arrived with so much style on board that, to most Corvette enthusiasts, any further exterior modification would be overkill. It's dressed in the same white paint it debuted with, and while it's a great look for the car, upon closer inspection you'll see it could use some freshening up, although the intrinsic coolness Corvettes have makes it a head turner in its present state. Should you decide to take the steps to revitalize its appearance, rest assured that there's a solid foundation to work with - we're talking about surface aesthetics here, and there are no structural concerns, so a trip to the paint booth and some focus on the contrasting black ornamentation in particular will yield sizable dividends. Trace the side trim from front to back and you'll see it remains nice and level the whole distance - indicating a well aligned exterior - and up front, the hidden headlights sit flush in their lowered position and raise into position without issue, as does the black canvas convertible top.

Just beyond the doors is a red leather interior that's plenty road ready as it stands and could fairly easily be taken to a higher level. You'll find some of the expected wear on the surfaces of the contoured buckets, particularly on the driver's side, but they've retained their shape nicely and haven't developed any splits and the red carpeting below them, though likely original, is in very solid condition. The dash area remains stock while still offering good functionality - the gauges in its instrument cluster are nice and clear and the dash pad above them is also unwarped and in clean condition - always a welcome find in a convertible. An AM/FM/Cassette stereo is on hand to provide a period appropriate audio experience and the air conditioning is running strong to keep you and your passengers cool during these summer months.

While the dawn of the '90s was a while ago, it was still recent enough to see this 'Vette equipped with the technology to provide a refined driving experience. Its 5.7 liter sits in a nicely maintained engine compartment and is a smooth-performing powerplant, fed by electronic fuel injection as it pairs with a 4-speed automatic 700r4 transmission whose overdrive gear brings the revs down at highway speeds. Long before its competitors, Corvette equipped its prized model with an independent rear suspension, a feature that's still not a given to this day, and it's on board here to provide a refined ride, with skip free travel over uneven surfaces. The sleek, aerodynamic fourth generation form offers the model's signature wide track and low stance, combining with smooth power steering to make for exhilarating corner carving ability as power disc brakes at all four corners bring the set of 17" factory wheels to prompt, fade resistant stops.

The chance to own an open air 'Vette that offers the road-readiness of this 1990 Chevrolet Corvette Convertible at a very reasonable price doesn't come along often, so it's not likely to last long. Call today! 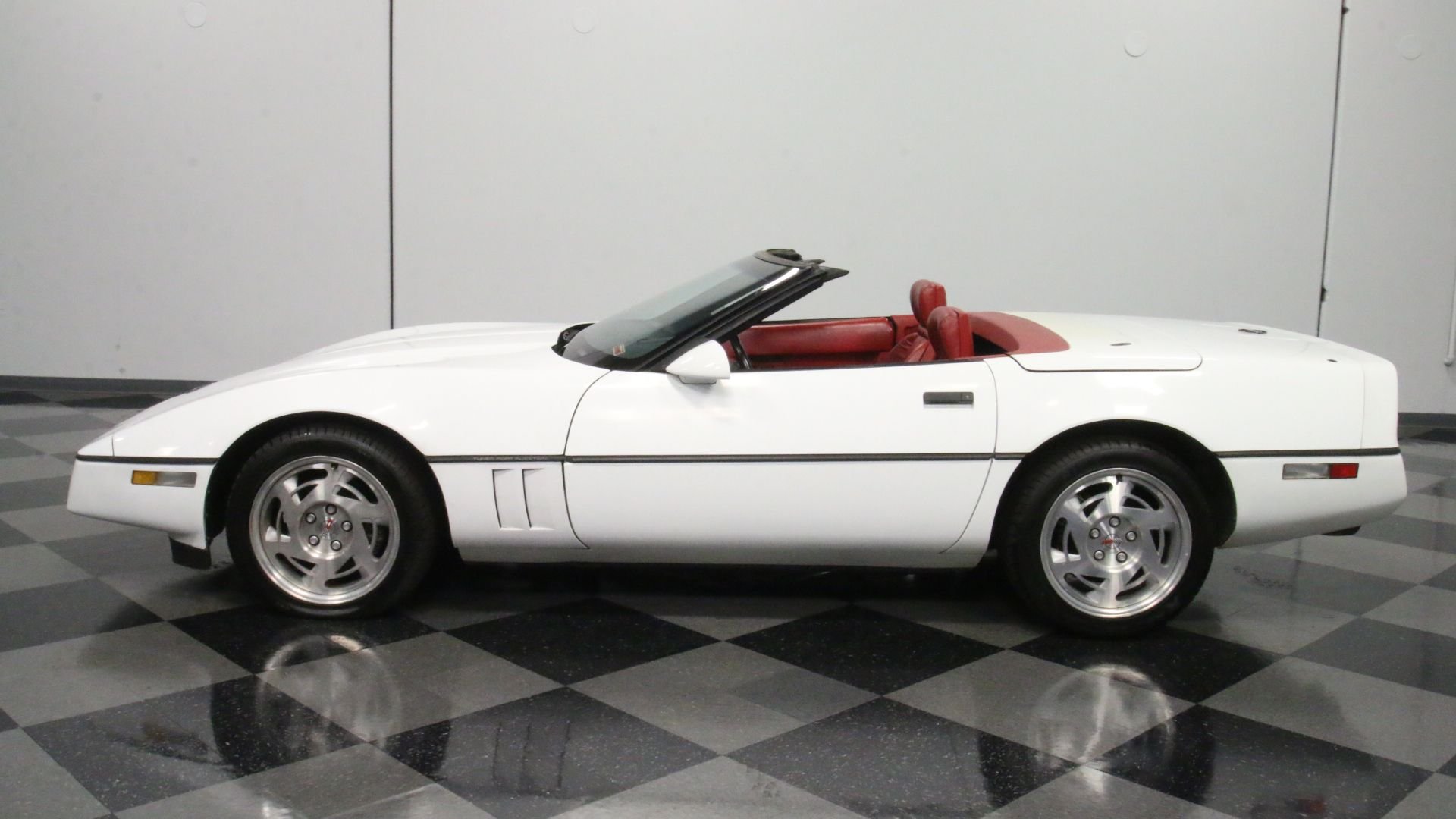